the e-volo VC200 has become the first electric helicopter to make a successful maiden flight, with multiple flights lasting several minutes and reaching heights of nearly 22 meters high. together with 18-rotor blades and a disassemblable architectural system, the volocopter has been designed to host two passengers for distances of up to 100km and a flight altitude of up to 6500 ft. equipped with an automated control system, the pilot no longer needs to worry about flight conditions: the E-copter is controlled via on-board computers that work in coordination with numerous hi-tech sensors. 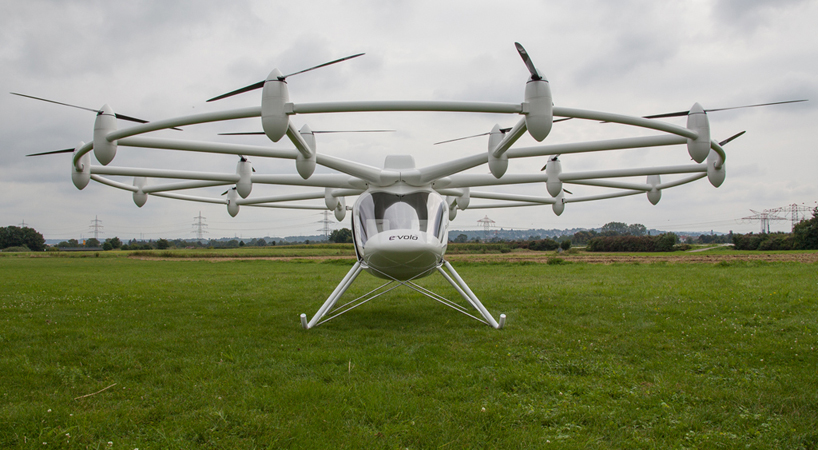 all parts connect to an intelligent mesh network. in the event of a failure of several components, the low-maintenance aircraft is still able to land safely. the construction of the helicopter integrates six rotor arms with three drives which are supplied from different energy sources. each is powered by 20 independent computers, capable of individually navigating the volocopter in mid-air. in the current prototype of the VC200, the 18 drives are supplied by six central battery blocks with a reserve capacity of 50%; even when two battery blocks fail, a safe landing is possible. 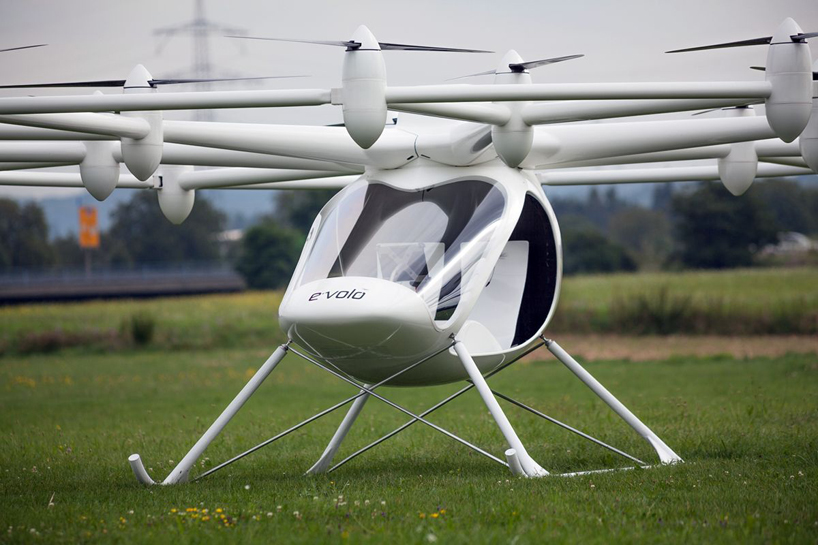 rear view of the VC200 volocopter by e-volo 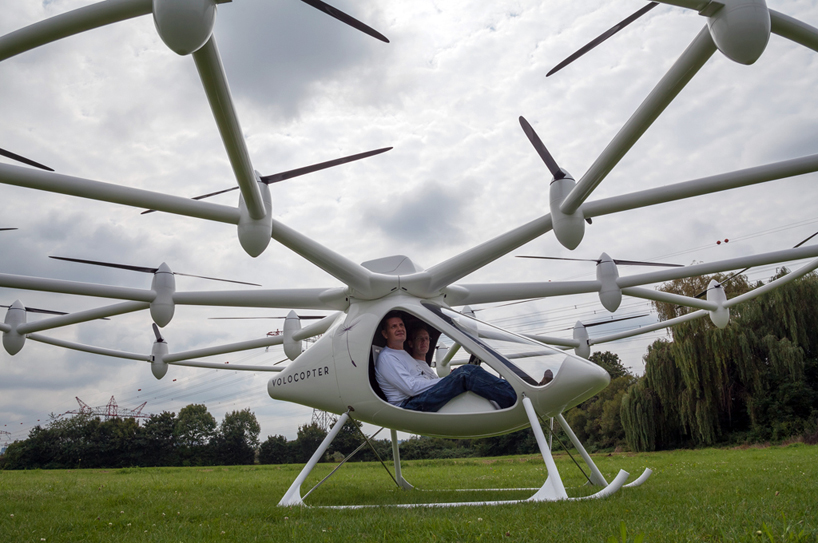 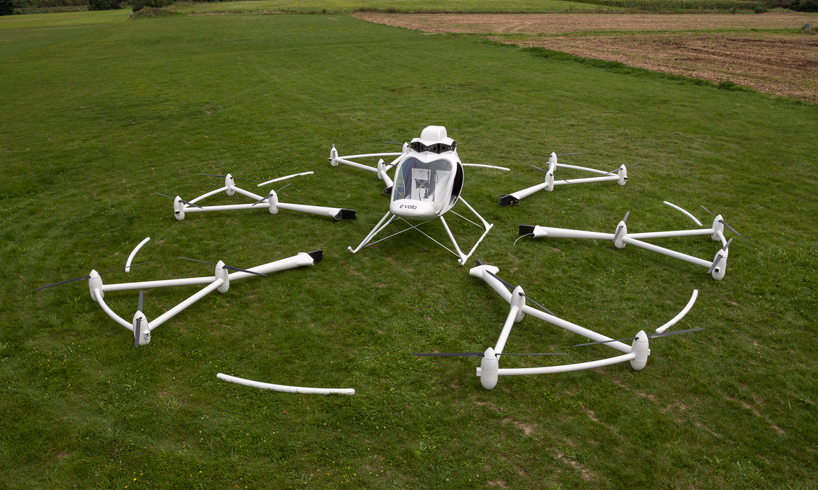 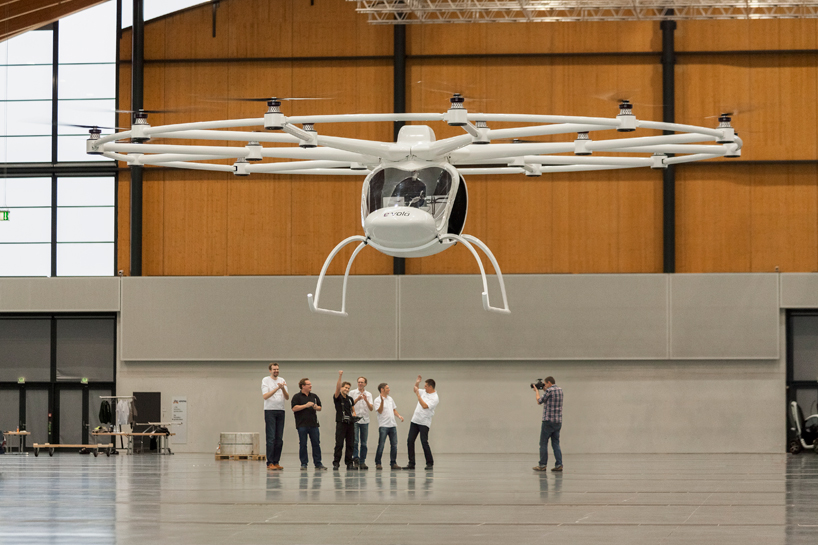