volocopter have long since been developing their 18 rotor multicopters, and after six years in the making, the german startup have premiered the volocopter 2X at AERO in friedrichshafen. the 2X model marks the evlolution of the VC200 prototype towards everyday use, using a battery replacement system that allows for a quick swap between journeys. the 2X also sees the streamlining of the multicopter’s design, incorporating glazed doors and upholstered leather seats into the two man cockpit below the delicate rotor plane. the craft can also be controlled via a remote, and is even capable of flying completely autonomously. 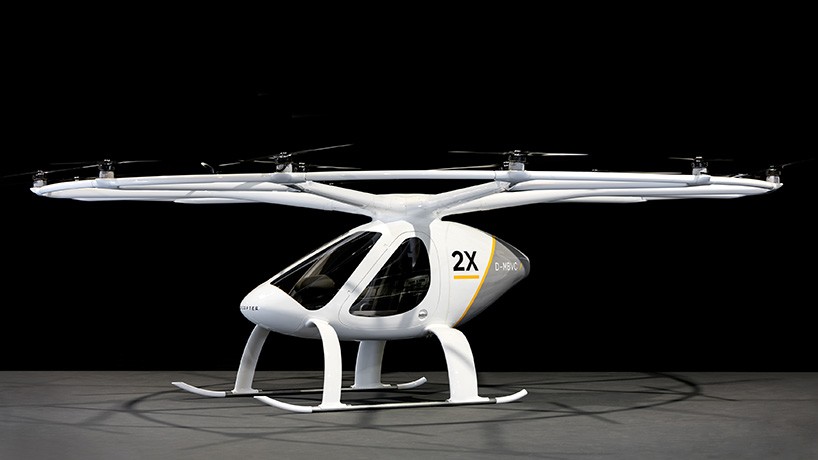 the volocopter 2X is a vertical take-off and landing (VTOL) craft powered purely by electricity, meaning the vehicle is emission free and makes very little noise in comparison to other VTOL aircraft. the ultralight aircraft is easy to manuoever, and following the granting of ‘multicopter’ certification, will be able to be flown by anyone with a sport pilot license. however, the those without a licence need not miss out, since volocopter plan to use the aircrafts as flying taxis come 2018. 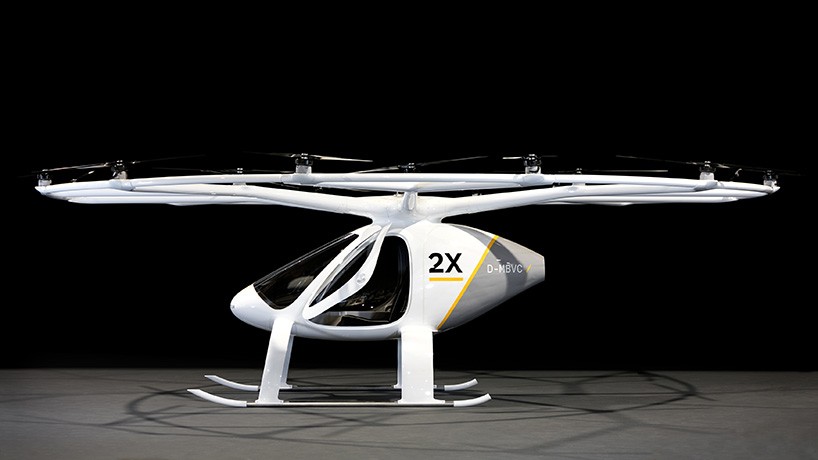 the 18 rotor craft can be piloted, controlled by a remote control, or flown completely autonomously

although the design of the 2X also allows for remote-controlled or even completely autonomous flights, for the first flying taxi pilot projects, e-volo assumes the volocopter 2X will still be pilot-controlled due to currently applicable regulations. nonetheless, remote-controlled or autonomous taxi flights will be able to be carried out unmanned as necessary. 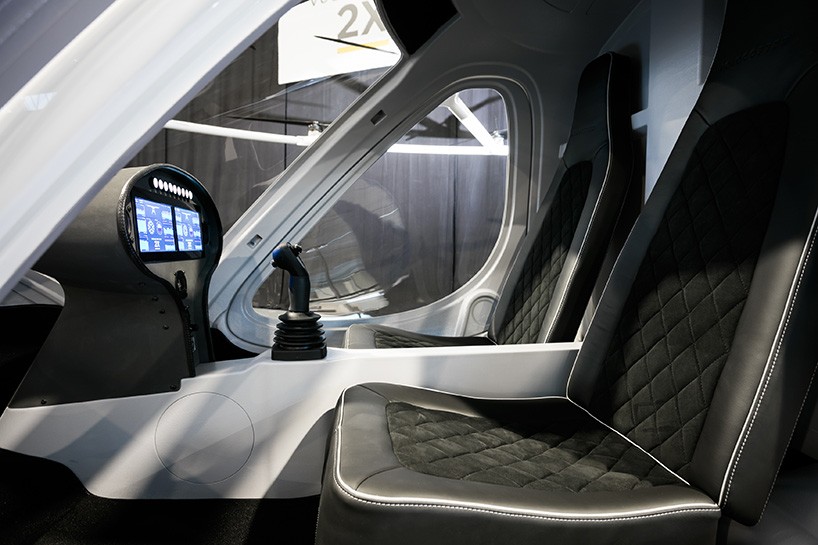 following the granting of a ‘multicopter’ type cerification that will be created under the new german UL category, the 2X is set to become available on the german market in 2018. e-volo also plan to work on developing a 4-seater copter with international approval. 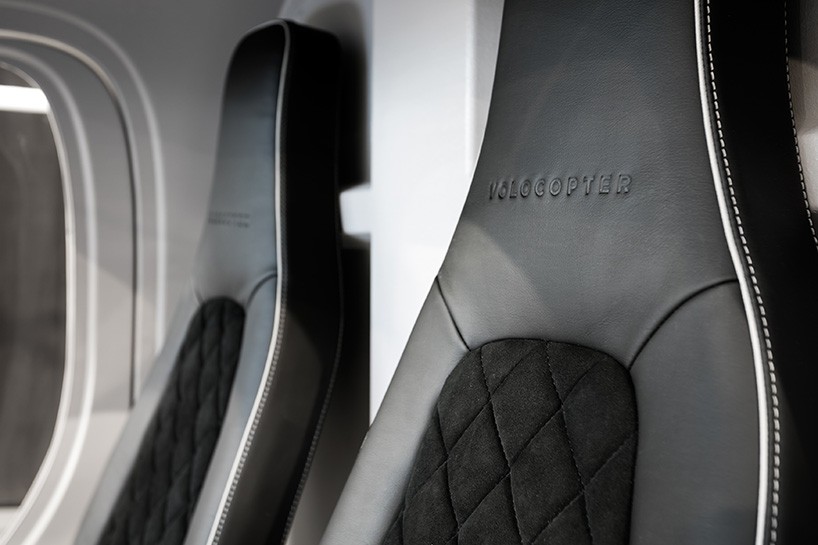 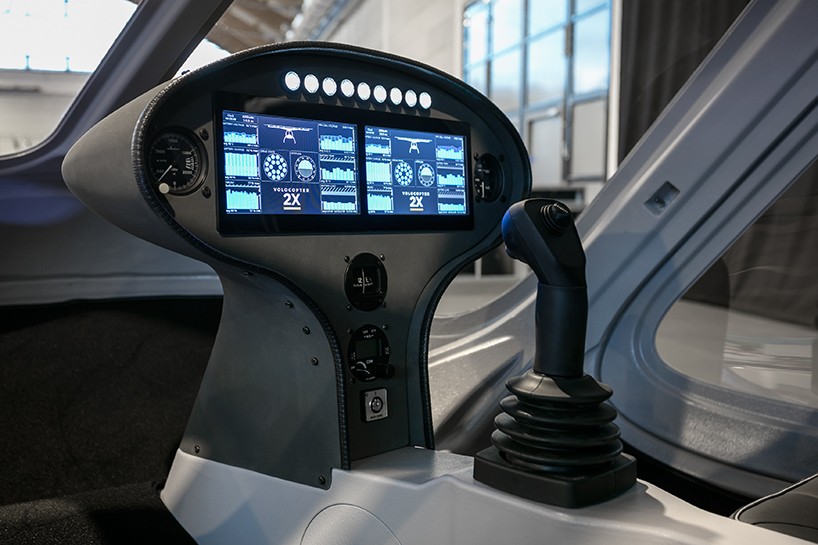 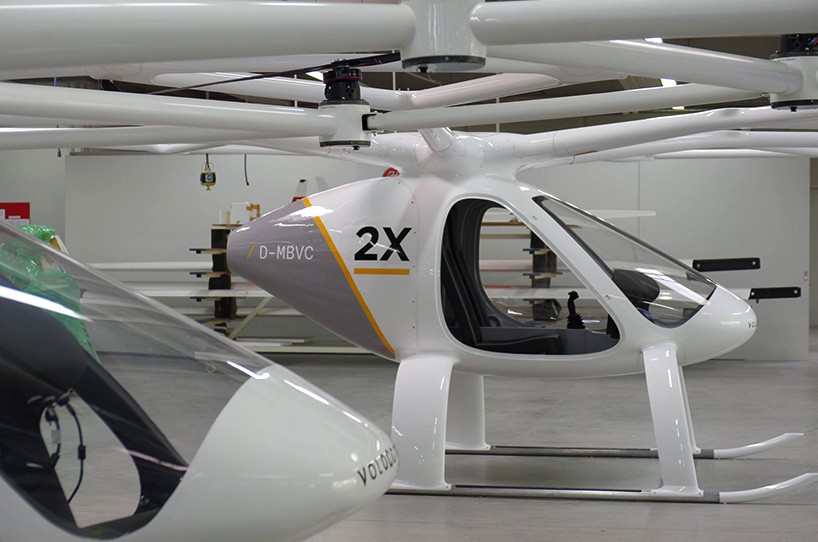 the 2X incorporates glazed doors under a delicate rotor plane 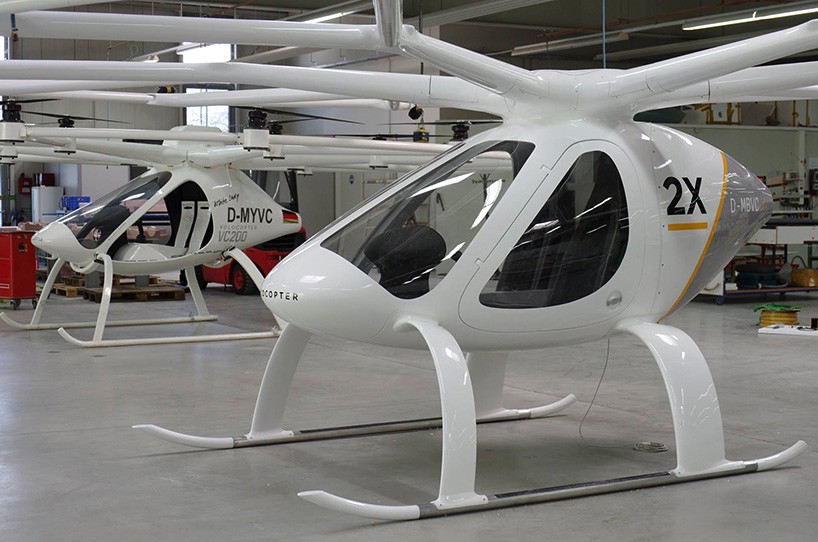 the 2X stands by the VC 200 prototype 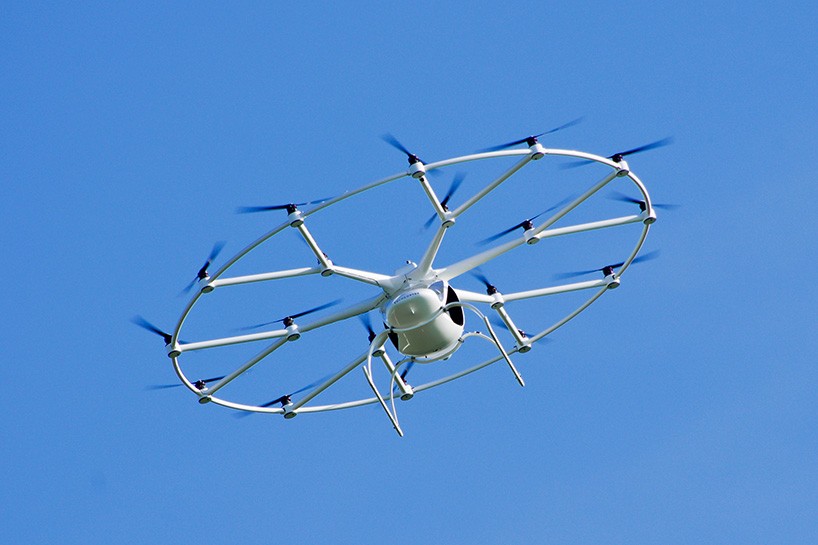 the 18 rotor craft is a marvel against clear blue skies