the police have teamed up with the guard from a above – a raptor-training security firm based in the hague – in order to keep drones out of trouble. the enforcement comes in a direct response to increasing concerns over air traffic control.

national audubon society’s geoff lebaron explains how birds can view drones as a potential threat to their habitat.

often drones lose their flying privileges because local birds feel crowded, ‘the drones are pretty much the size of a bird of prey, so smaller birds on the ground aren’t likely to mob a bird of prey when it’s flying–but larger birds are, especially when it’s around their nests… the birds of prey are having an aggressive interaction to defend their territory from another bird of prey.’ 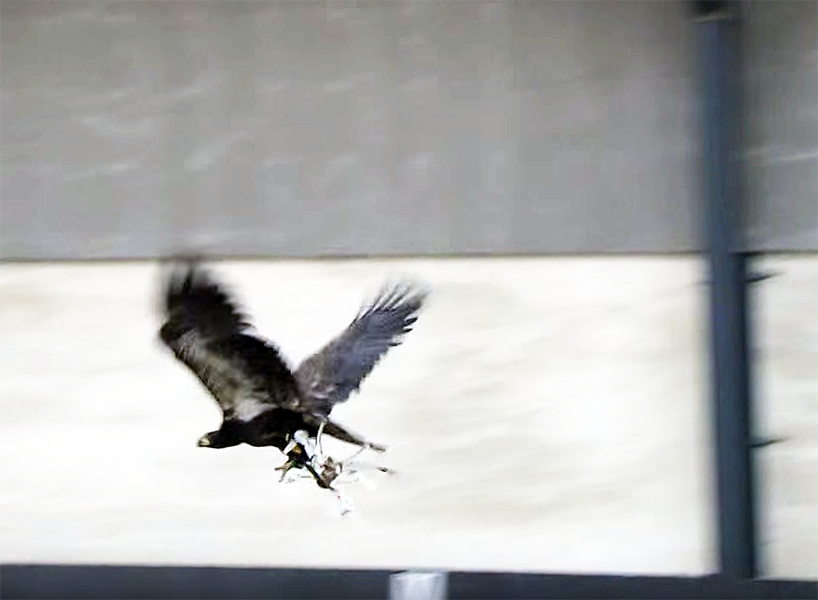 eagle prising the drone from the sky with little difficulty

humans only see the rotars as a blur, but in contrast lebaron believes that the eagles can avoid injury as they can make out the movement of drone.  ‘their method of attack is always going to be to hit it in the middle of the back; with the drones they perceive the rotors on the side and so they just go for the rear.’ the video details the bird disabling the drone, as well as retrieving the device which is a difficult feat to achieve. 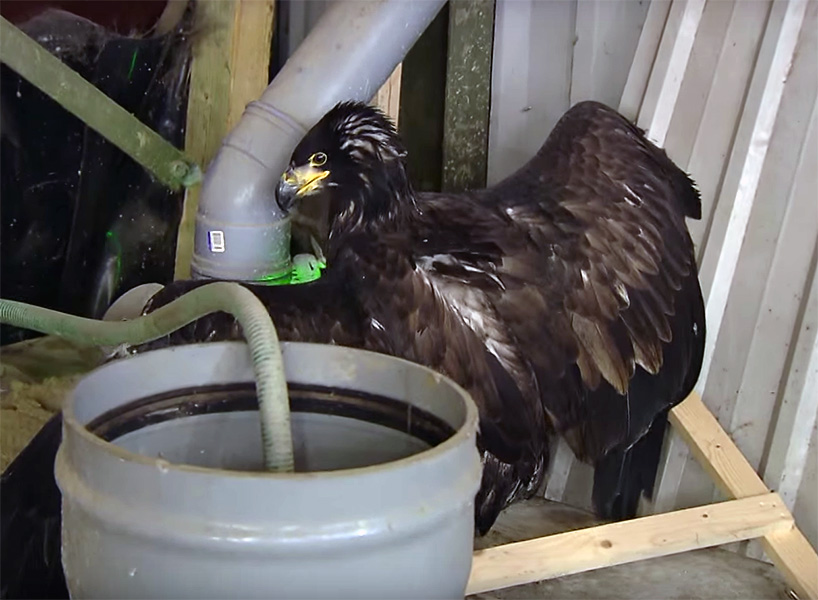 the police teamed up with the guard from above