what do you get when you combine a high-performance camera from 1957 and an instant camera from the modern day? after spending 48-hours doing just that, brooklyn-based designer isaac blankensmith knows the answer. along with san francisco-based photographer and fellow designer eddie cohen he created a magical hybrid one-part hasselblad 500C/M and another part fujifilm instax 9. 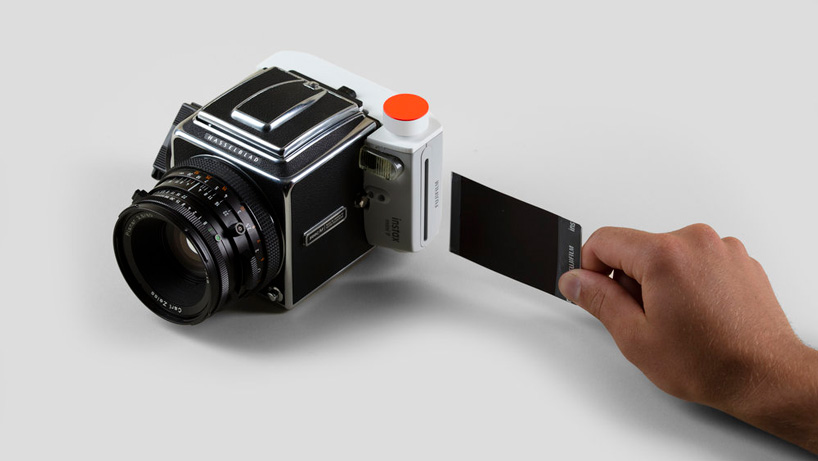 hasselblad originally made the large instant for their 500 series in order to help photographers with test shoots and light metering. as blankensmith points out though, the film is quite expensive and larger than the camera can expose leaving users with an off-center exposure. this was incentive enough for the designer to hack the camera and make something more compact and cost-effective. 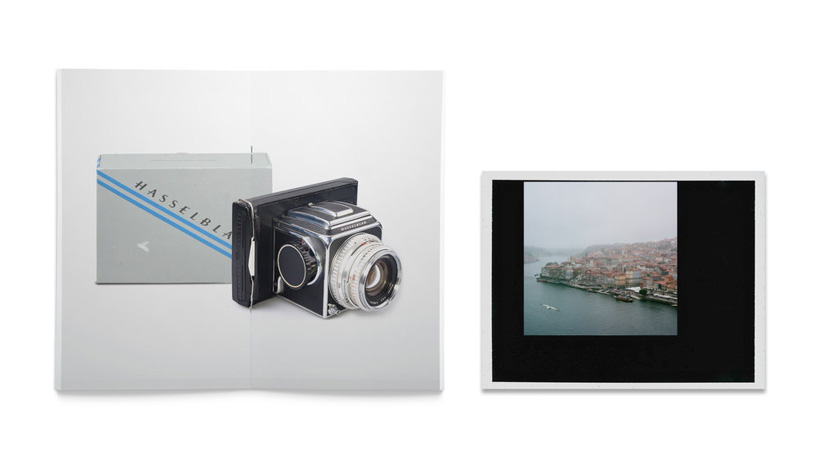 ‘the ejector is one of the most complicated mechanisms‘, blankensmith explains. ‘as the exposed film leaves the camera, it is pulled through a set of tensioned-rollers that evenly spread the developing chemicals over the film.‘ 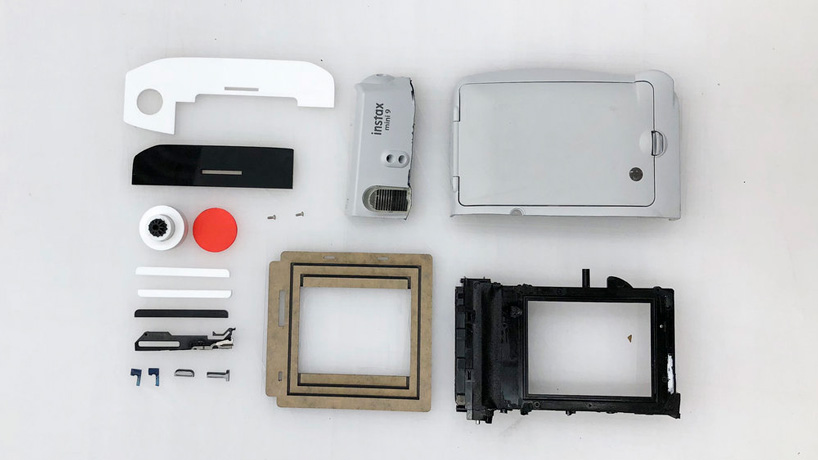 he began by taking apart each camera and in an attempt to understand how the internal mechanisms work. it was necessary to align the loaded film as closely to the body of the camera as possible so that the focal distance of the viewfinder would match the film. to get the instant-film closer to the exposure plane of the hasselblad, blankensmith ended up removing all of the automatic film-ejection mechanisms from the fujifilm, opting for a custom mechanism made out of laser cut acrylic. 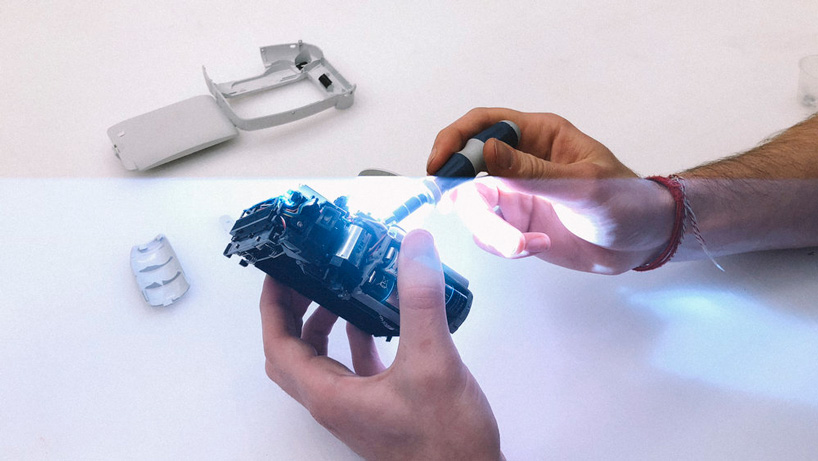 ‘one of our biggest challenges was making a custom mounting plate that matched the back of the hasselblad to the fujiFilm and didn’t leak light‘, blankensmith continues. ‘we made a template based on the hasselblad and laser cut matching groves into a piece of acrylic. our solution works OK — light still leaks in direct sunlight. we’ll keep telling ourselves that this adds to the charm.‘ 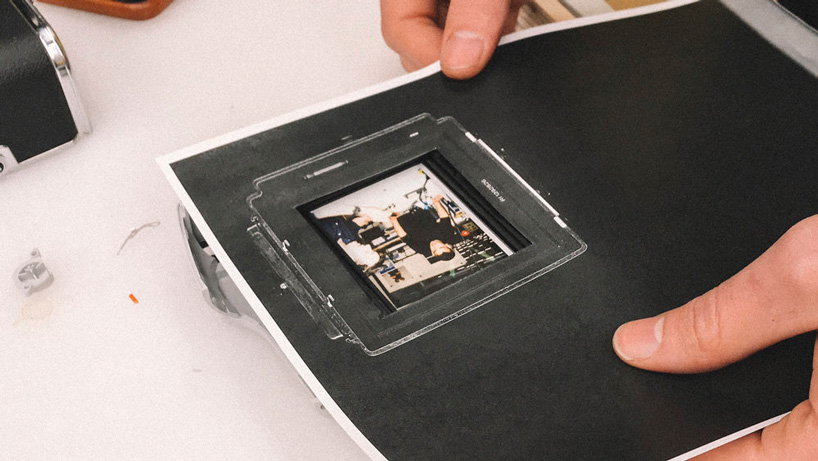 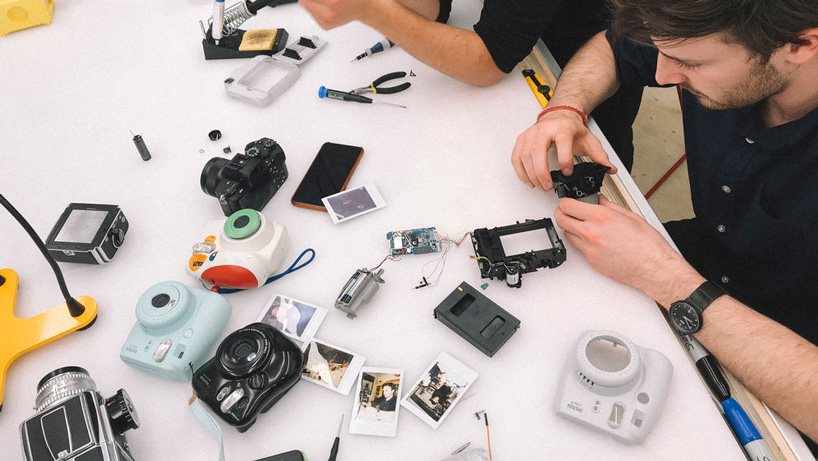 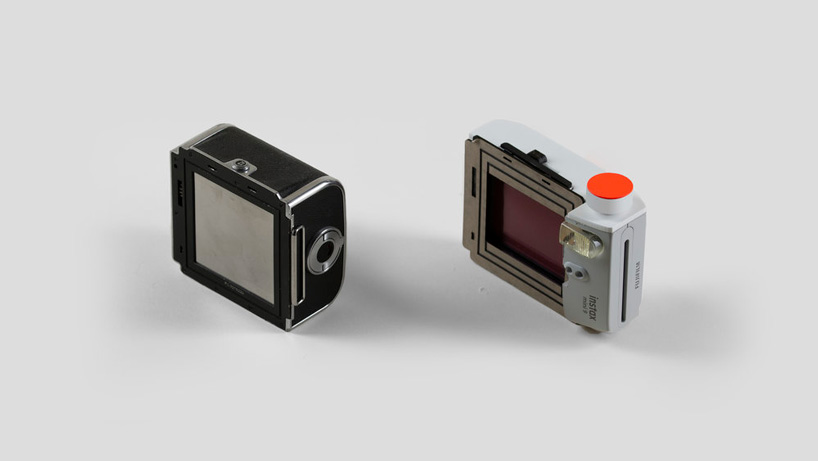 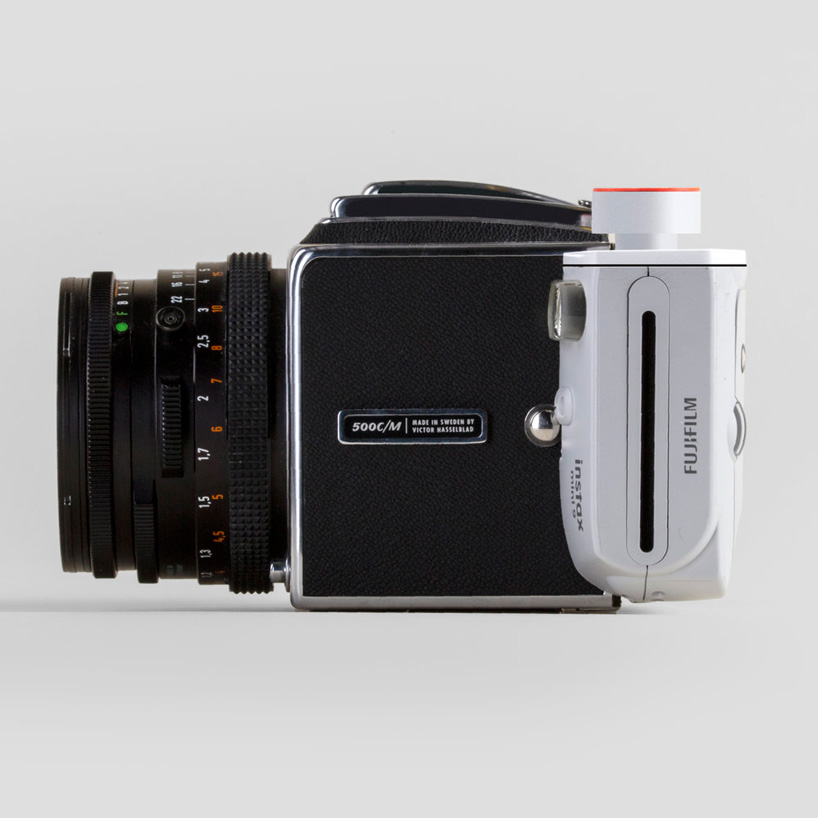 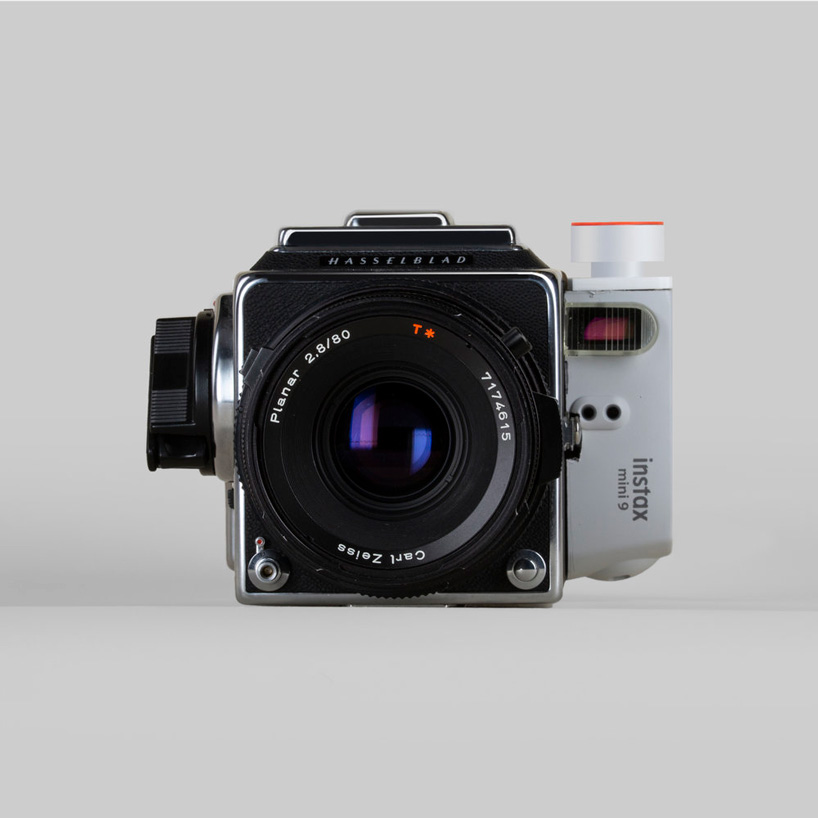 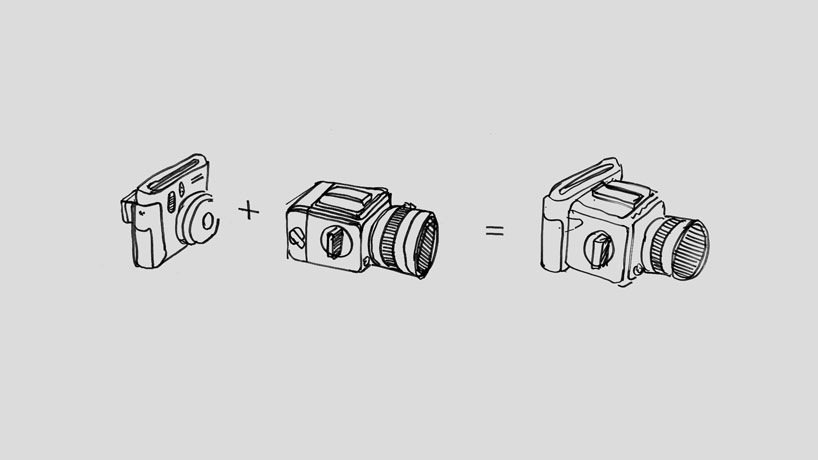