the ‘eHighway’ system by siemens would switch trucks (HGVs) into electric mode along heavily traveled stretches of road, eliminating noise and CO2 pollution

the ‘eHighway’ system designed by siemens corporation combines hybrid trucks and overhead electrical wires to eliminate fuel and noise emissions on heavily traveled stretches of highway or urban routes. already in road trials in germany, the technology will be tested next in los angeles and long beach, california, after having been unveiled at the electric vehicle symposium 2012.

the infrastructure foundation of ‘eHighway’ is a series of overhead wires that would be installed over at least one travel lane of a highway, similar to the electrical wires of tram lines and electric streetcars. specially equipped hybrid trucks would automatically (or manually) connect to these lines via pantographs along their roofs. when connected, the truck runs exclusively on electrical power, switching seamlessly to diesel upon disconnection (for passing, swerving, exiting, or other situations). when the truck brakes, energy can be recuperated from the kinetic motion and fed back into the grid for usage by other connected vehicles.

the pantograph used in the system has been custom designed by siemens to precisely monitor the connection between the unit and the wires, letting vehicles stay attached despite ordinary horizontal shifts in steering. drivers can attach and detach from the lines either manually or automatically (demo trucks feature a touchscreen console for control), the latter accomplished by onboard software.

overview and demo of the ‘eHighway’ system

throughout the industrialized world, trucks (or HGVs, heavy goods vehicles) are responsible for a large amount of pollution; and some estimates suggest that road traffic will double by 2050. ‘eHighway’ is intended to reduce this problem on short but heavily traveled segments of road: for example on highway routes between ports or mines and cargo centers, or within cities.

in addition to the upcoming trials in the USA, siemens plans to partner with truck manufacturers to integrate the pantograph and engine system and software of ‘eHighway’ into both new and existing vehicles.

concept animation and description of the system 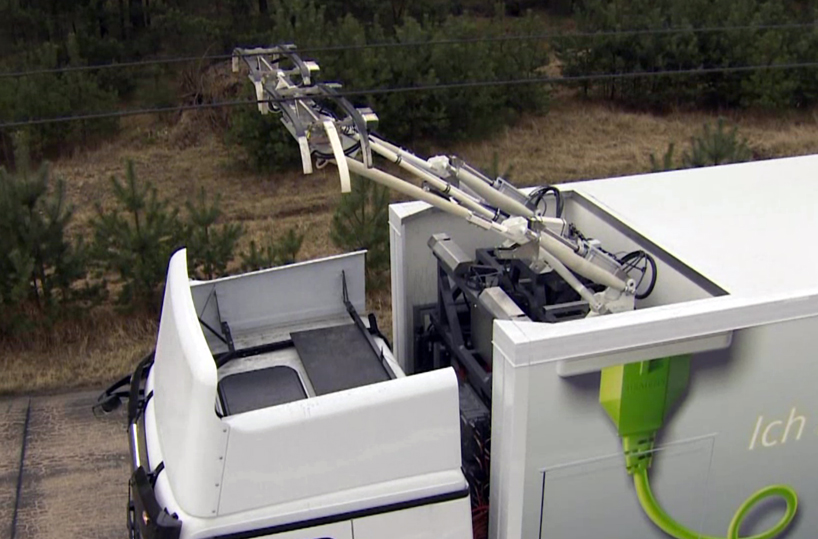 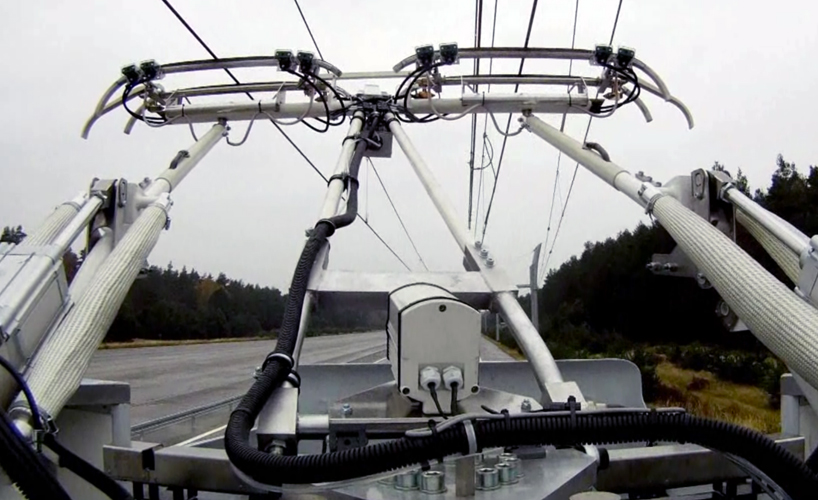 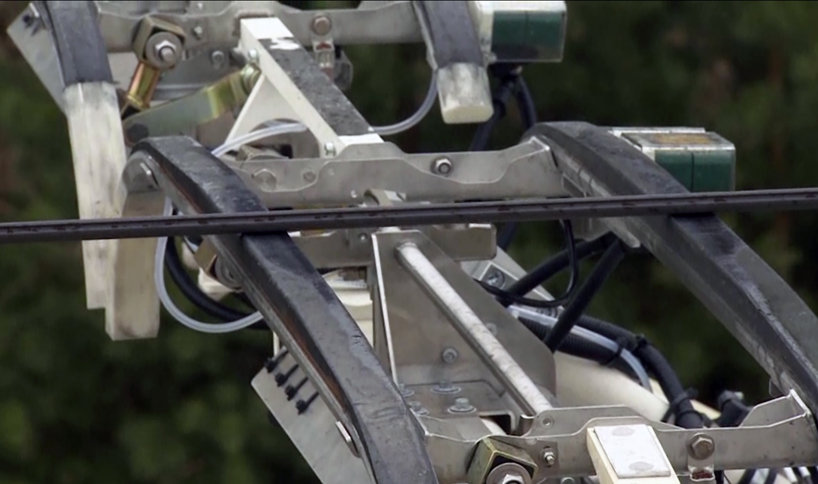 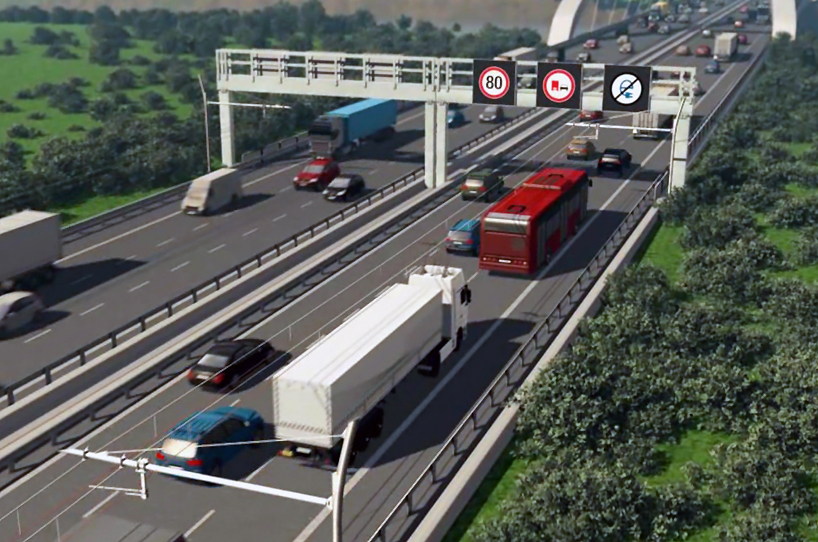 concept diagram of the system’s use in highways

concept diagram of the internal mechanics of the hybrid truck system