chinese drone maker ehang is looking to distinguish itself from the hoards of companies with a major endeavor into autonomous flying with the ‘184’. designed to carry a single passenger, the ‘184’ drone is meant for short to medium distance personal air transportation that doesn’t require a pilot’s license. the 12-inch touchscreen display simplifies destination selection with an automated flight system that will take over and manage tasks such as air traffic communication, obstacle avoidance, and navigation. the onboard computer will consistently select the quickest and safest path between the current location and the destination.

introduction of the ehang ‘184’ drone
video courtesy of ehang

safety is a major concern for ehnag, so even if one propeller malfunctions, the ‘184’ can still land in the nearest possible area safely. the embedded fail safe system also overviews any components that malfunction or disconnect and will immediately land. 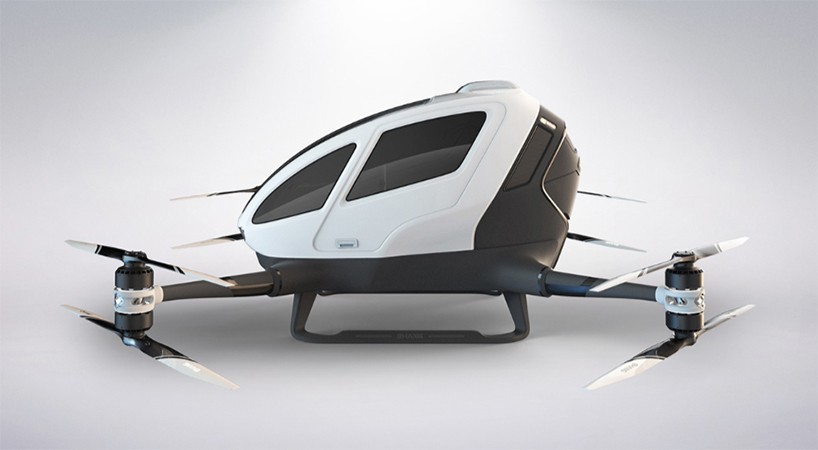 the aerial vehicle is completely autonomous

the prototype model at CES 2016 features a carbon fiber epoxy composite body and aluminum alloy frame with four arms and eight electric propellers to offer 142 hp of effective lifting power. the battery pack holds 14.4 kWh of energy and takes as long as four hours to charge. the whole system can keep the ‘184’ airborne for up to 23 minutes, reach a maximum speed of 100 km/h and attain 3,499 meters of altitude. ehnag plan to sell the ’184’ autonomous passenger drone carrier later in 2016. 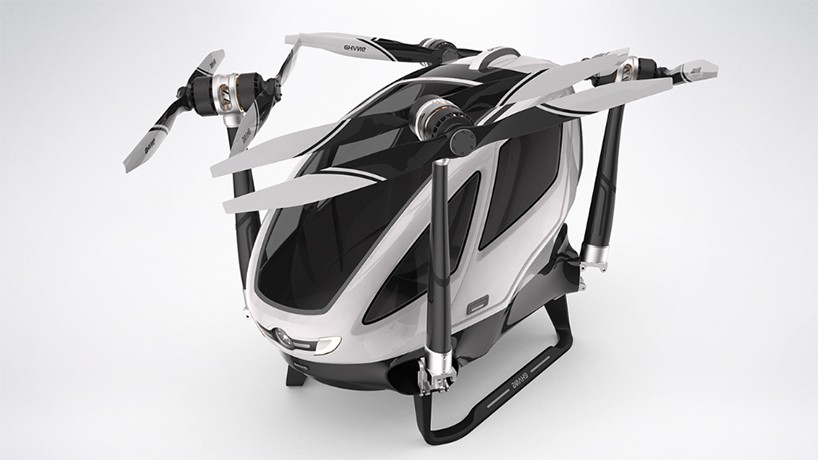 the four arms fold for storage 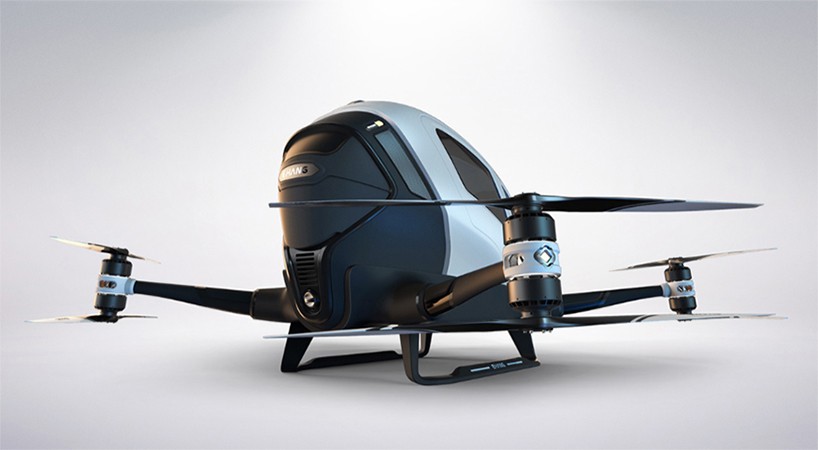 each arm is paired with two electric propellers

the battery pack system underneath

the cockpit is only filled with a touch screen tablet

the propellers offer a total of 142 hp 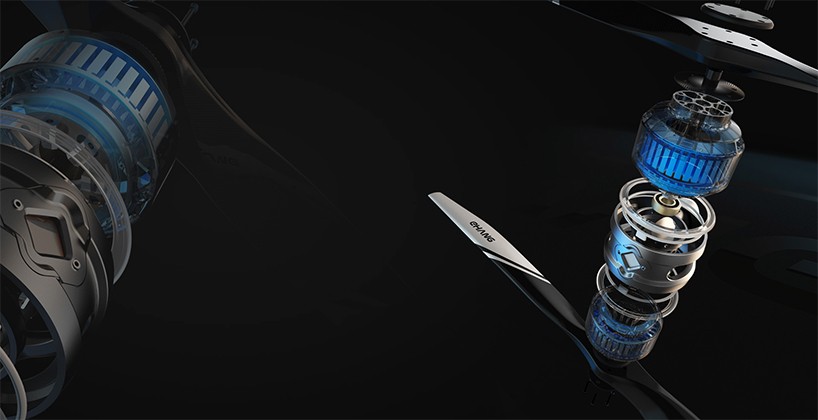 a closer look that the compact motors for the propeller 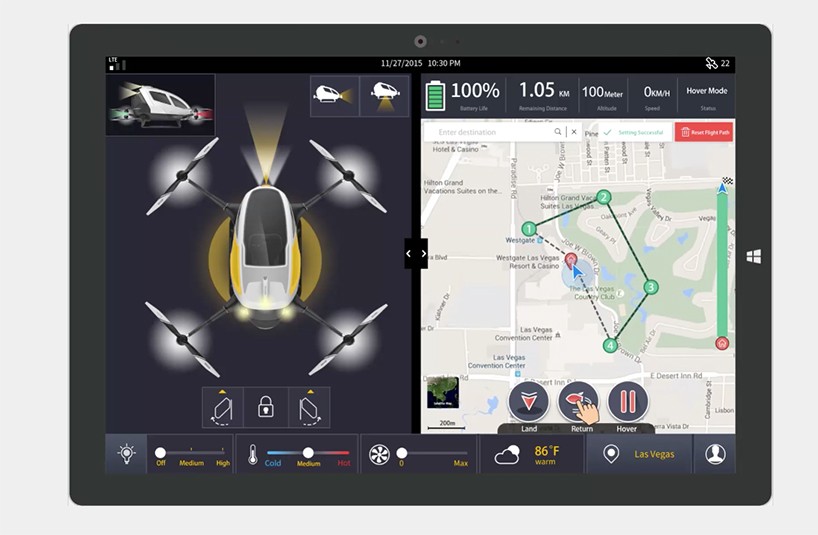 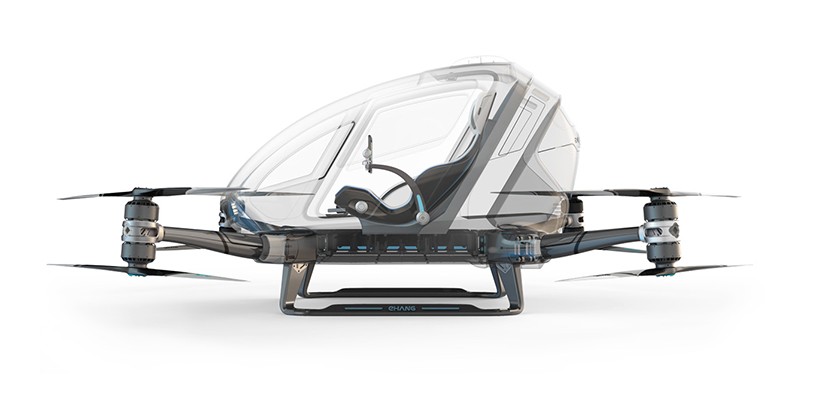 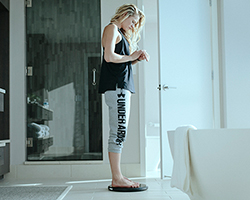 Jan 12, 2016
HTC partners up with under armour to release a HealthBox connected fitness tracking system 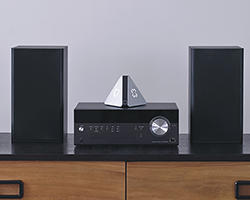 Jan 11, 2016
prizm uses algorithms to determine music for everyone listening 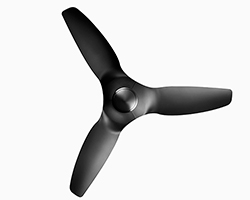 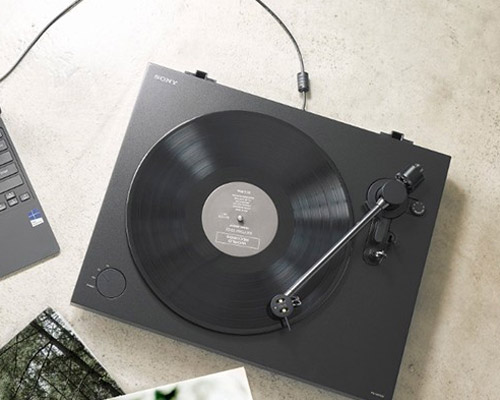 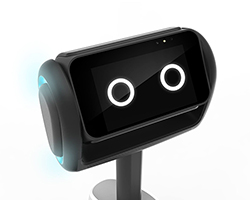 Jan 07, 2016
segway teams up with intel and xiaomi to develop advanced personal robot