EICMA 2016: the original ‘thruxton racers’ inspired a generation of stripped-back and hand built one-off’ café racers. adding to the symbolic name, triumph has collaborated with both country clothing brand, barbour international, custom bike workshop and down and out café racers, to create this bespoke ‘thruxton R’ motorcycle. powered by its game changing 1200 cc ‘thruxton spec.’ engine, back in the 1960s and ’70s it was synonymous with triumph’s racing success across the world, and inspired a generation of teenage café racers and custom specials. 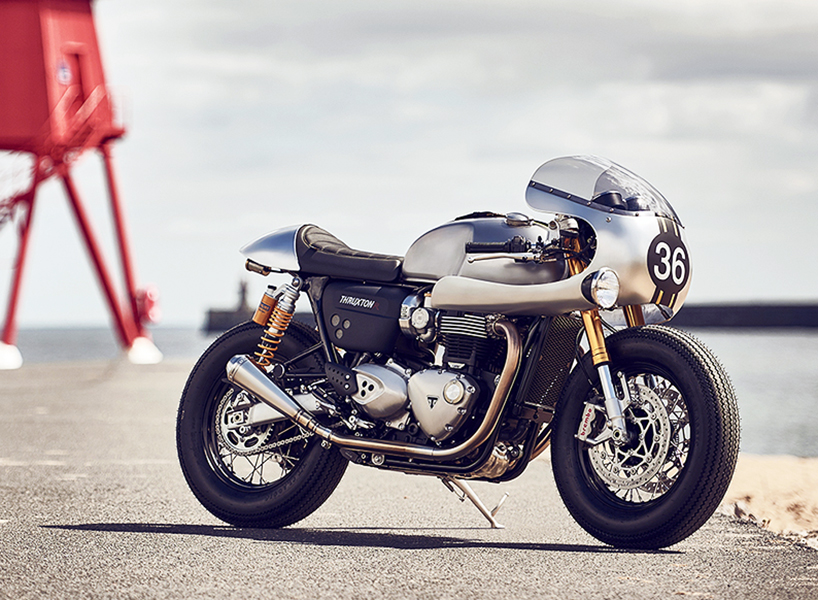 after working closely with barbour international for a few years, triumph motorcycles successfully managed to capture the nostalgic spirit associated with the cafe racer. the collaboration celebrates the expertise and of both british manufactures and their ability to introduce a new captivating form. 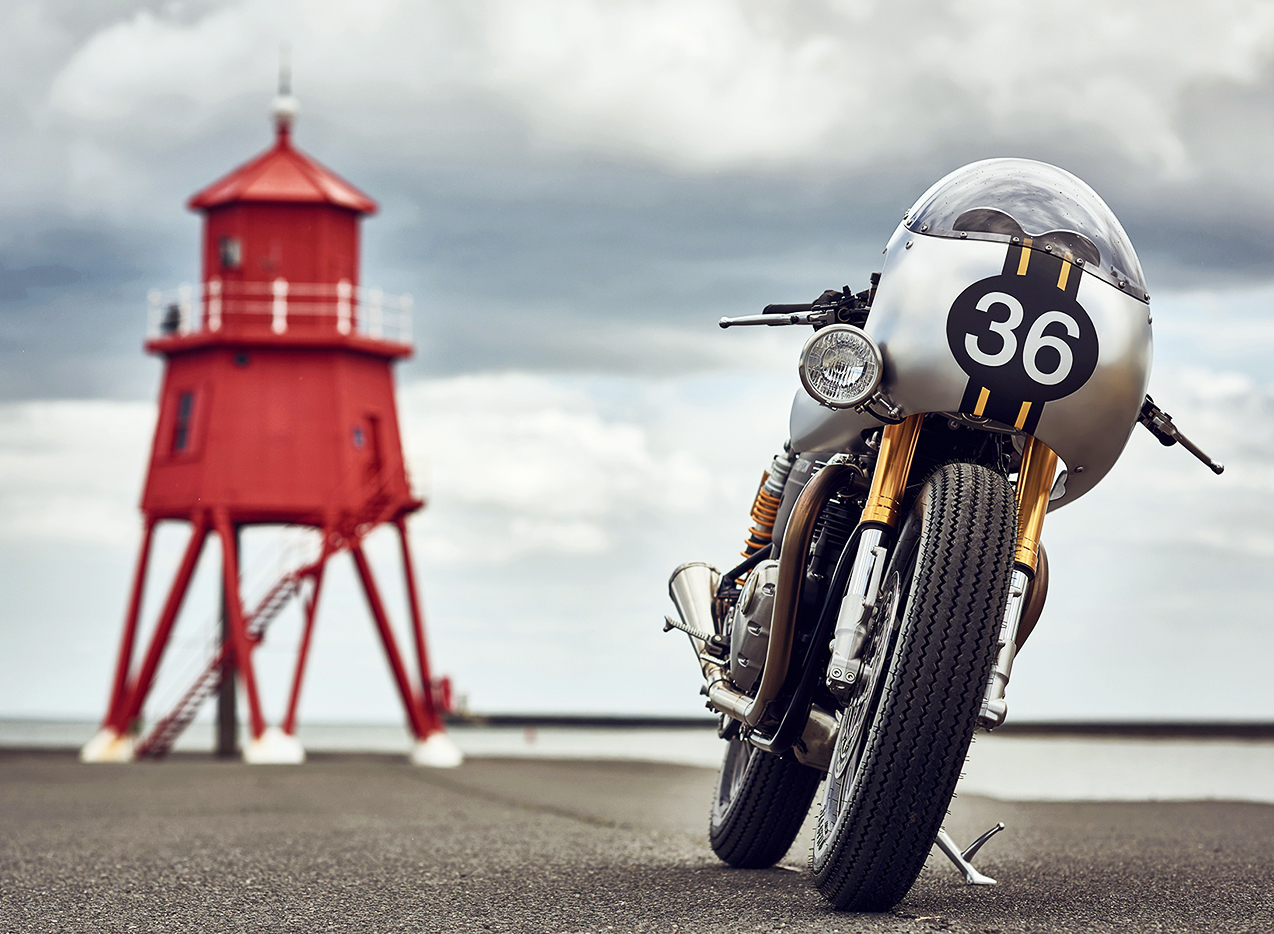 in order to highlight the keen attention to detail and workmanship, they constructed the classically shaped bikini version from aluminum, as well as placing a shortened bubble screen behind. barbour’s upholster’s were responsible for the renowned waxed cotton which was applied to the tank top. the tank itself features a repurposed belt securing it in place, with complimentary yellow stripes running down to the aluminum tail. 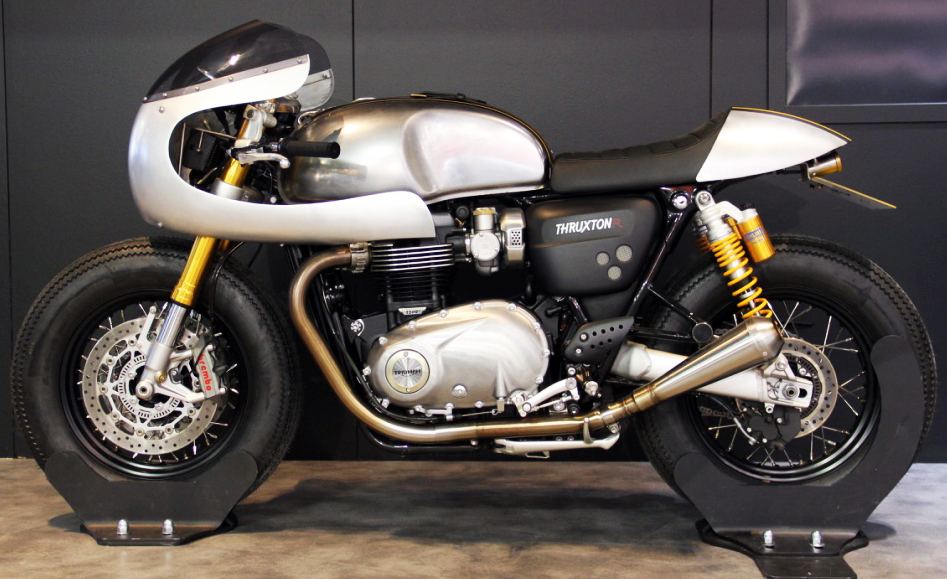 juxtaposed against the öhlins ‘USD’ forks are the firestone deluxe champions tires – a signature feature of recent down and out builds. clip-ons have been turned over and clocks lowered in order to contribute to a greater sense of motion. settled behind the nose is a side-mounted headlamp complimented by a button detail from barbour international / triumph clothing line. 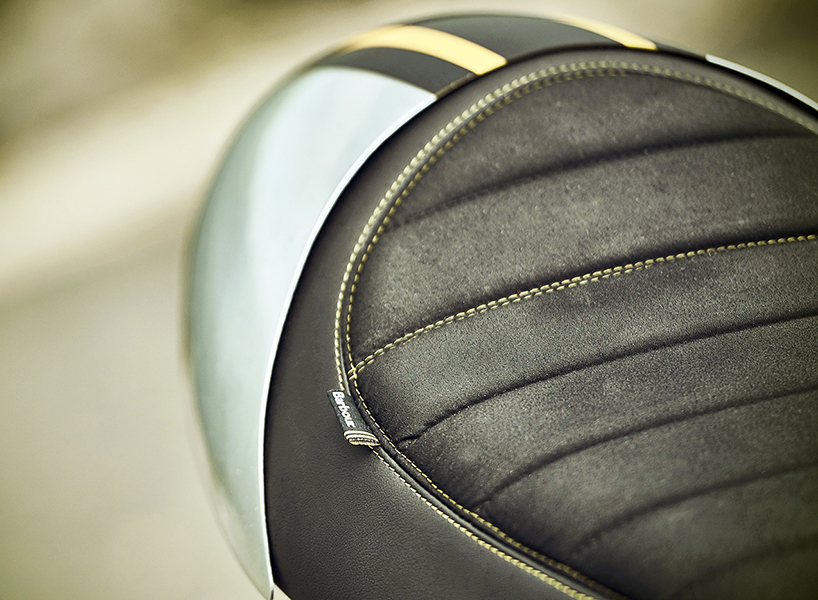 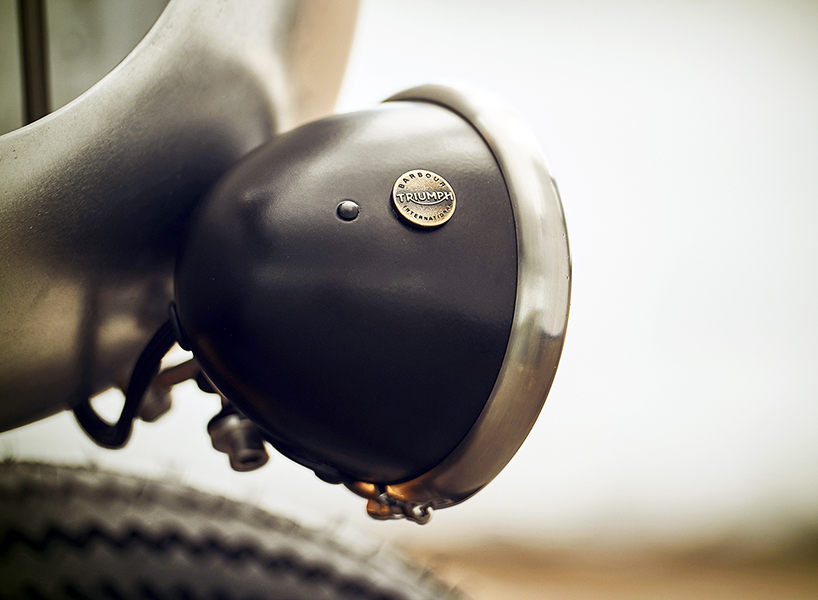 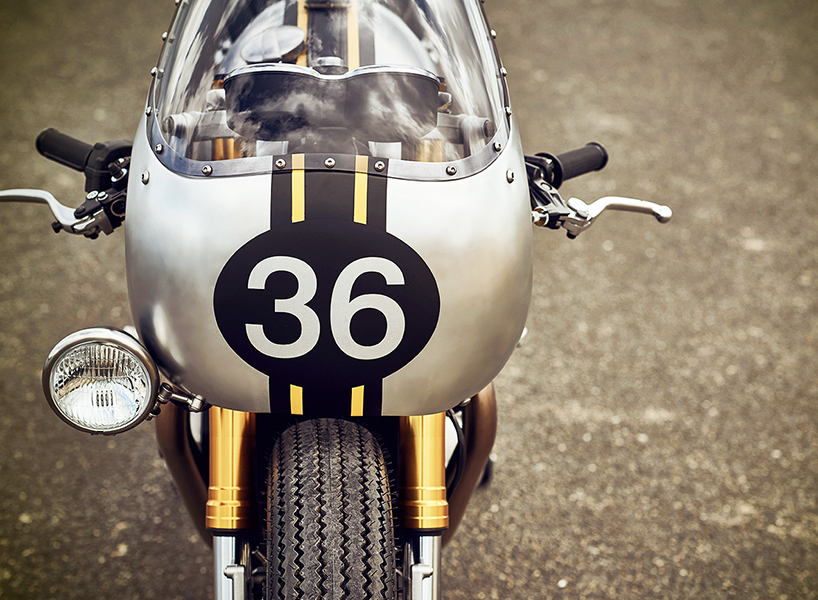 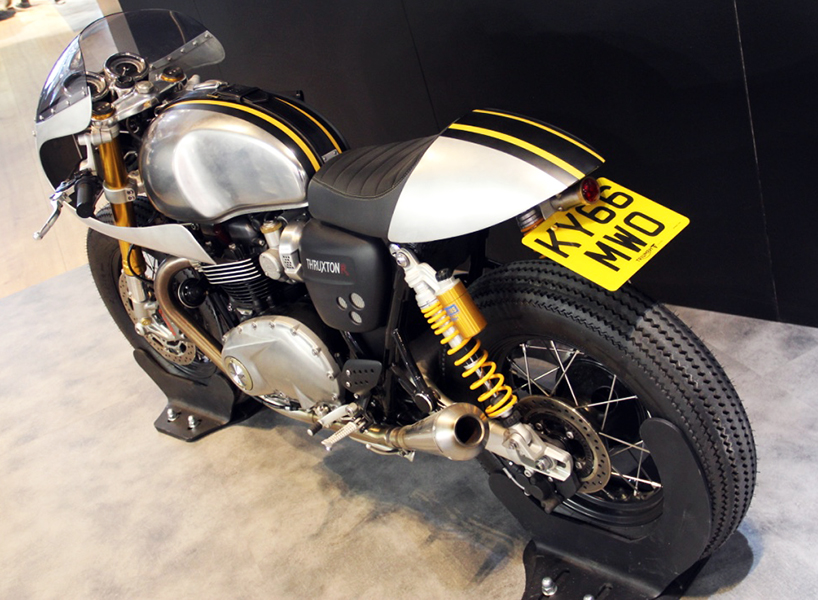 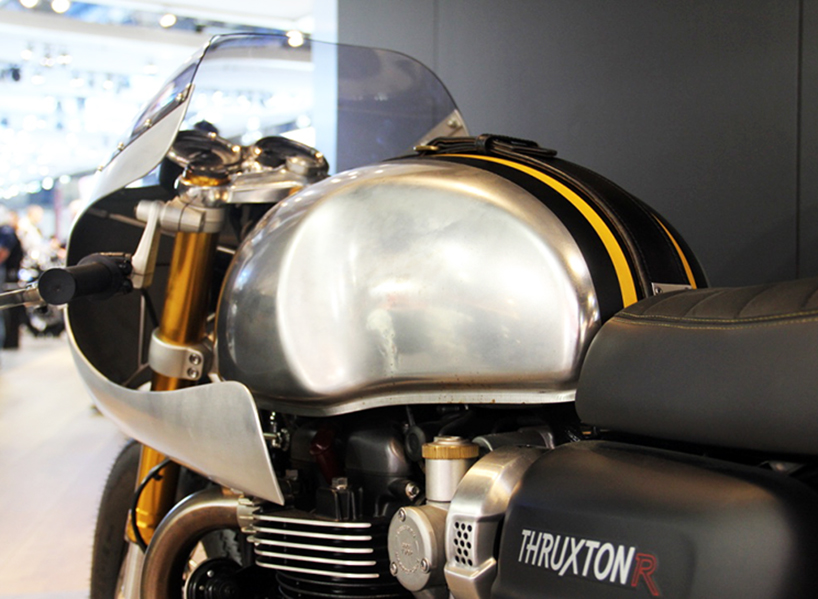 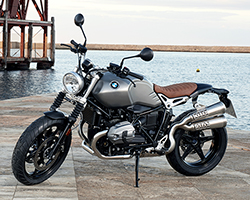