it’s a well known fact that the world’s bee population is diminishing, and fast. however, scientists in japan seem to have found an alternate way of pollinating flowers, and the technology that they used is far simpler than you might think.  investigators at the national institute of advanced industrial science in tsukuba have just artificially pollinated a lily with a $100 drone from amazon. 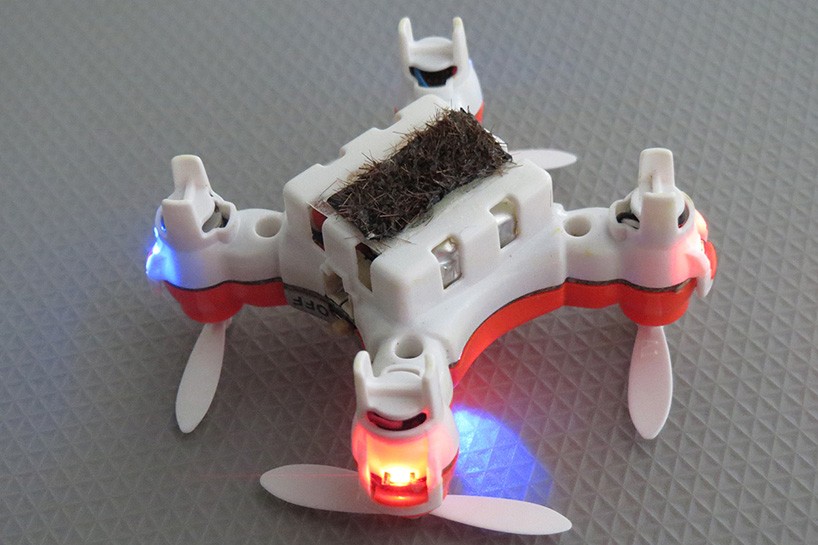 to create their pollinator, the the scientists purchased a drone model for just $100 on amazon, and added patches of horse hair to the devices. the bristles were used to create more surface area for pollen to adhere to and to generate the electric charge that keeps the grains in place. the team then painted the contraption with an iconic liquid gel to make it moist and sticky. in a separate experiment using houseflies, the gel was even found to have a camouflage effect, meaning that it changed color in response to different sources of light, helping artificial pollinators avoid predators. 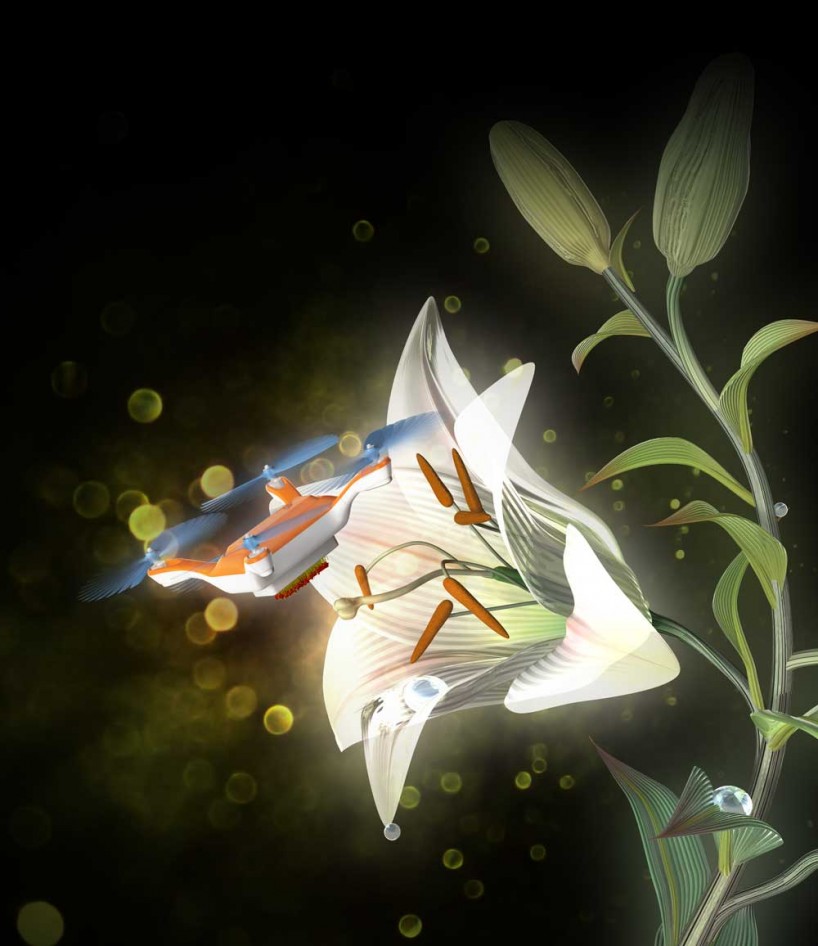 the team flew their makeshift pollinator smack into the stamen of a pink and white japanese lily, and deposited its collection onto a different flower, artificially pollinating it. according to project leader eijiro miyako, it’s the first time that a drone has ever pollinated a flower. scaling such drone-pollination might seem unrealistic, but miyako believes that ‘it will be perfectly feasible’ to pollinate plants via drones in the future. however, the project will need high-res cameras, and would require the drones to learn pollination paths using GPS and artificial intelligence.