in an industry obsessed with nostalgia, the humble cassette seems to have missed out on the craze that turned old school records back into a music must-have. yet brainmonk, the design team behind the elbow clip-on casette player, have other plans to give the traditional tape the attention it deserves. described as a ‘portable cassette player reduced to the core,’ elbow gets rid of the heavy plastic casing that’s usually found on a tape players and strips it back to a single clip-on pulley that almost leaves the cassette to play itself. 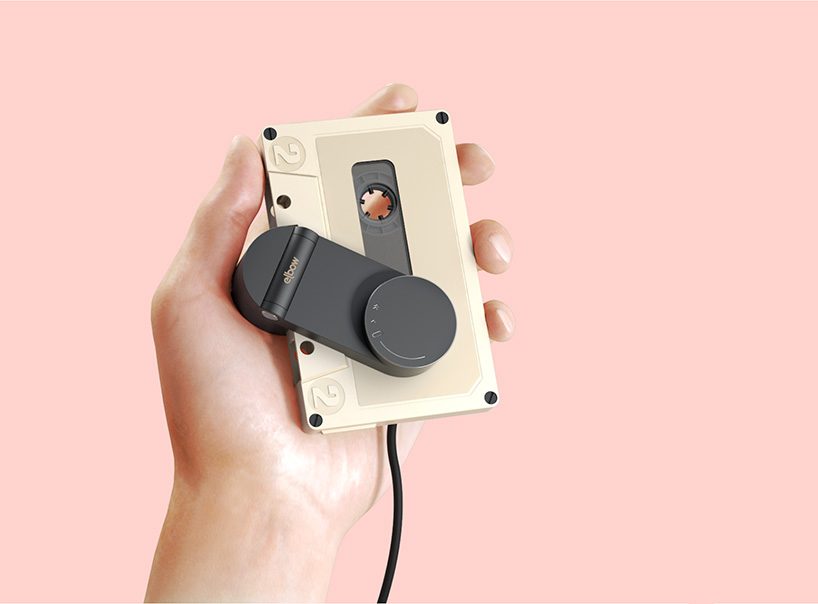 brainmonk recognizes casettes as a tactical, intricate medium that bring back the tangibility of music now lost to a digital world. the design duo of andrius žemaitis and marius paulikas even view the casette as a cultural icon that should not be obscured beneath bulky plastic to be enjoyed. just as a record player leaves the spinning vinyl disk on show, brainmonk bring the same technology to the cassette. by exposing it to the elements, elbow offers a fresh experience, allowing the listener to directly appreciate the mechanical motion or even forcibly interrupt playback. 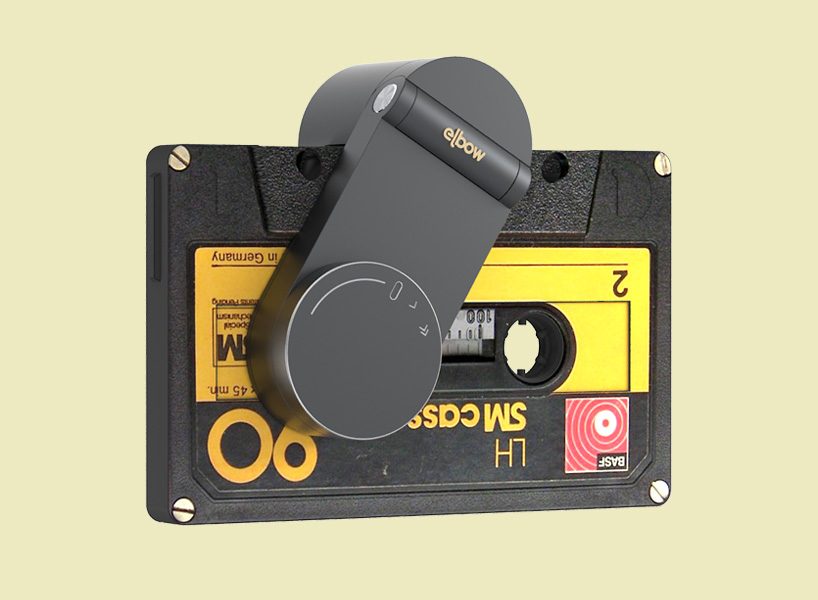 elbow’s most prominent feature is its biaxial arm, which is aesthetically rather similar to the tonearm of a vinyl record player. the arm rotates in two directions — lift it up to pop your cassette into the device, or move it sideways to rewind the tape. instead of using two pulleys to drive the tape onto the magtetic tape head, elbow works with just a single pulley. elbow also gets rid of the capstans and pinch rollers that control the speed of the tape, replacing them with an optical sensor that monitors the movement of the tape’s surface to ensure that it is going at a constant speed. 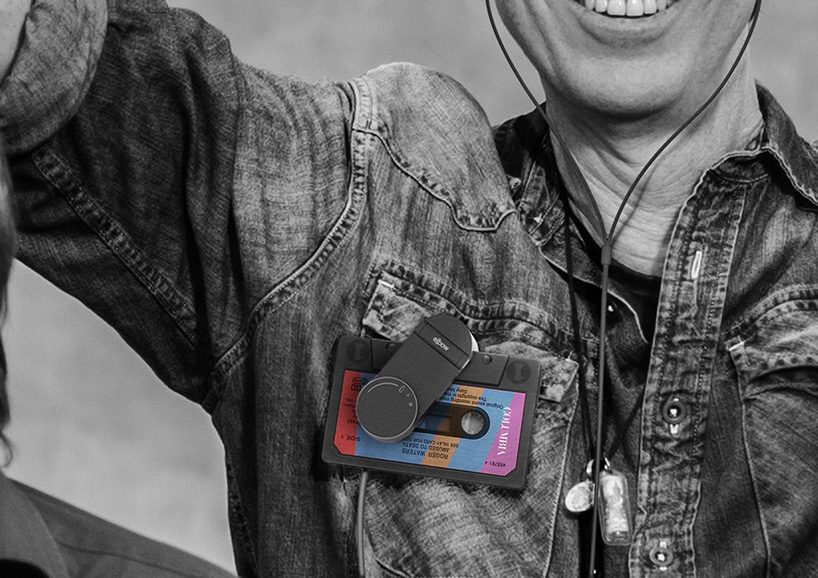 elbow can be pinned to your clothes as a retro accessory

the device is controlled by a single wheel—turn left to play the cassette and turn up the volume, or turn right to fast-forward the tape. the more you turn, the faster it will go. elbow can be charged via a mini-USB port, and also has a headphone jack for easy listening. the minimalist player can also be used as a nostalgic accessory, with a rear pin to easily attach to your clothes. 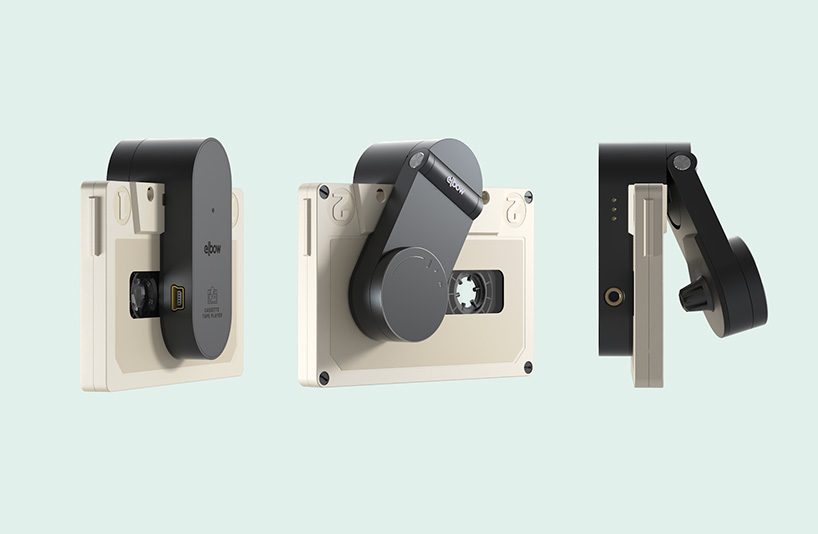 the biaxial arm lifts up to insert the tape 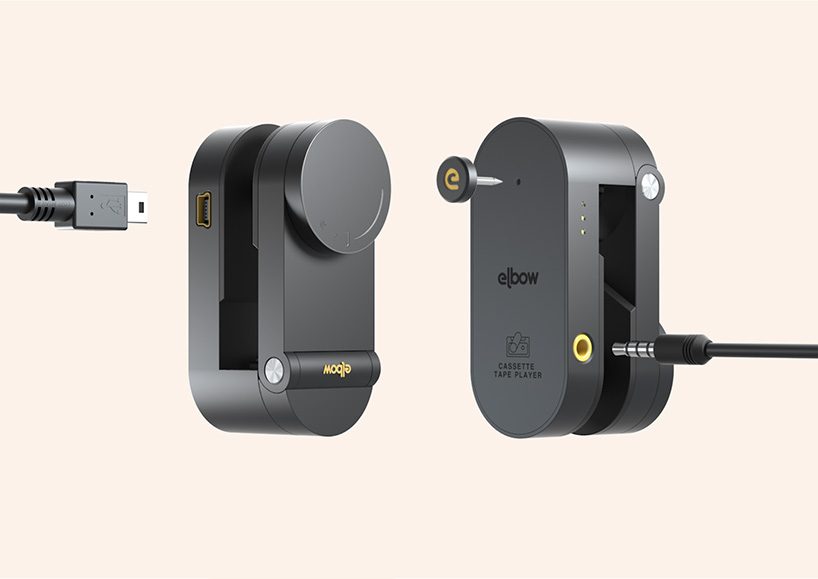 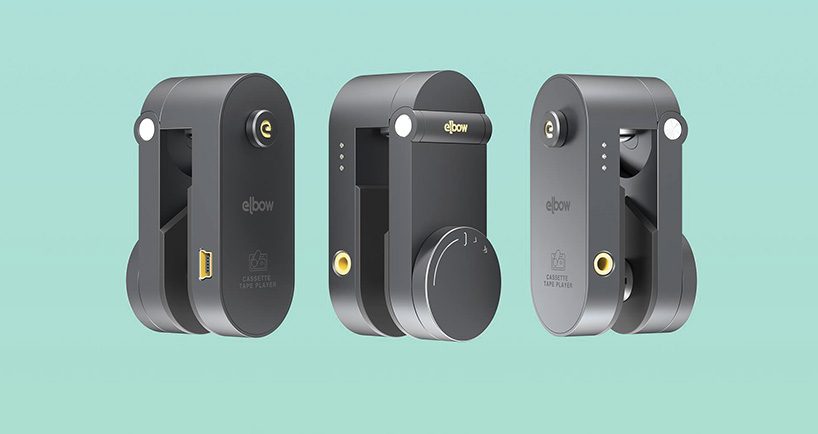 elbow is a ‘portable cassette player reduced to the core’ 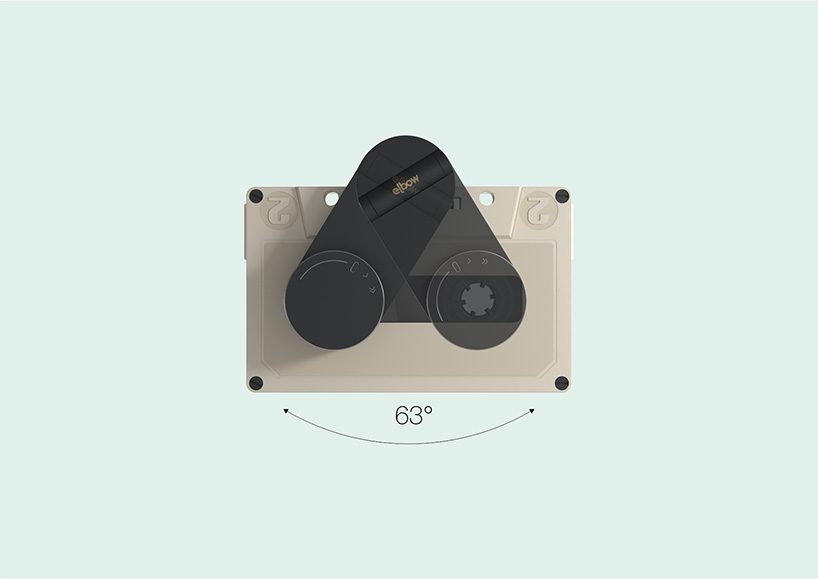 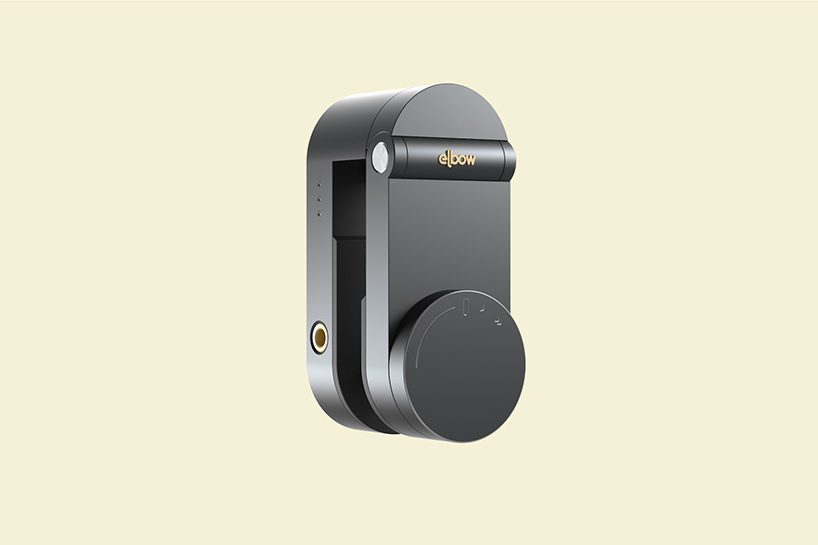 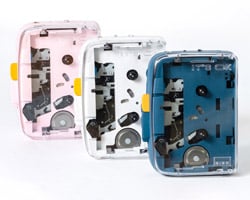 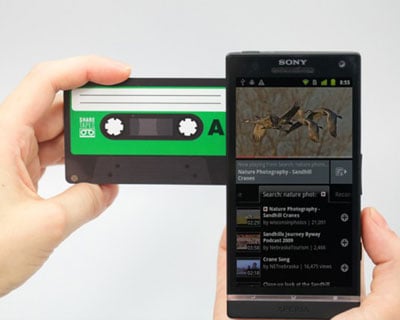 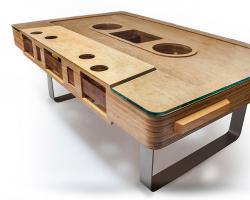 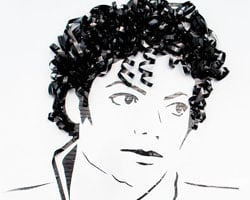 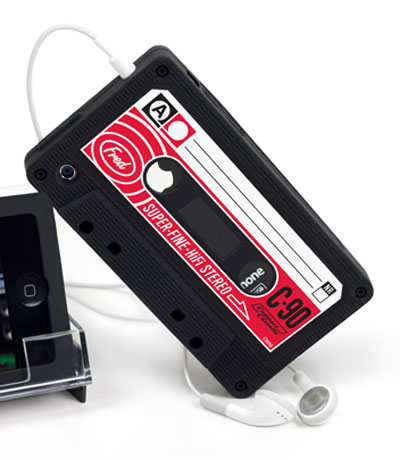