NASA has just awarded the ‘green aviation prize’ for fuel-efficient and electric aircraft, based on the results of their green flight challenge, managed in collaboration with the comparative aircraft flight efficiency (CAFE) foundation and sponsored by google. participating aircraft needed to fly 200 miles in under two hours, utilizing less than a single gallon of fuel (or equivalent) per passenger. although fourteen teams registered for the competition, only four competed in the california-based event.

the winner of this year’s 1.35 million USD first-place award is the ‘taurus g-4’ by pipistrel (who has also won the 2009 and 2010 awards) in collaboration with penn state university. the team plans to invest some of the money into the creation of a supersonic electric aircraft.

second prize goes to the ‘e-genius‘, developed at the university of stuttgart, which was also the quietest of the competing planes, recording only about 60 decibels of noise at takeoff (about the level of normal conversation).

both highly fuel efficient, the ‘taurus g-4’ achieved 403.5 passenger miles per gallon of fuel, with the ‘e-genius’ obtaining 375.8 PMPG. 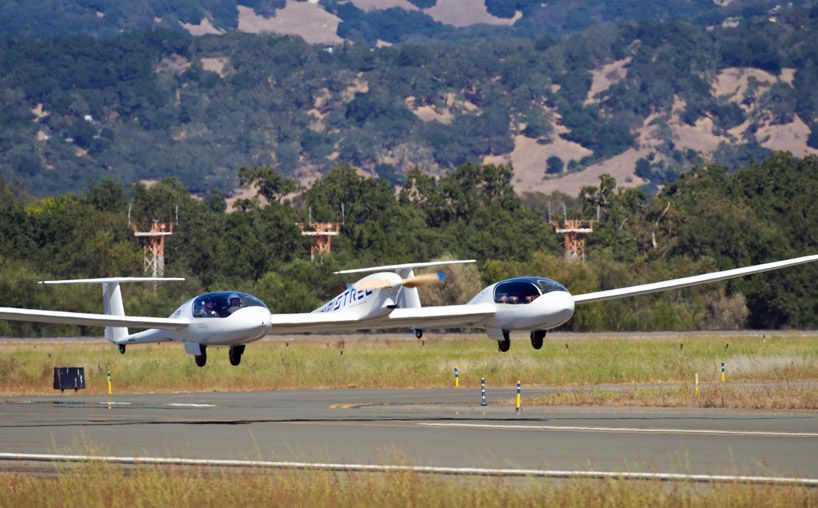 the winning model, the ‘taurus g-4’, takes off 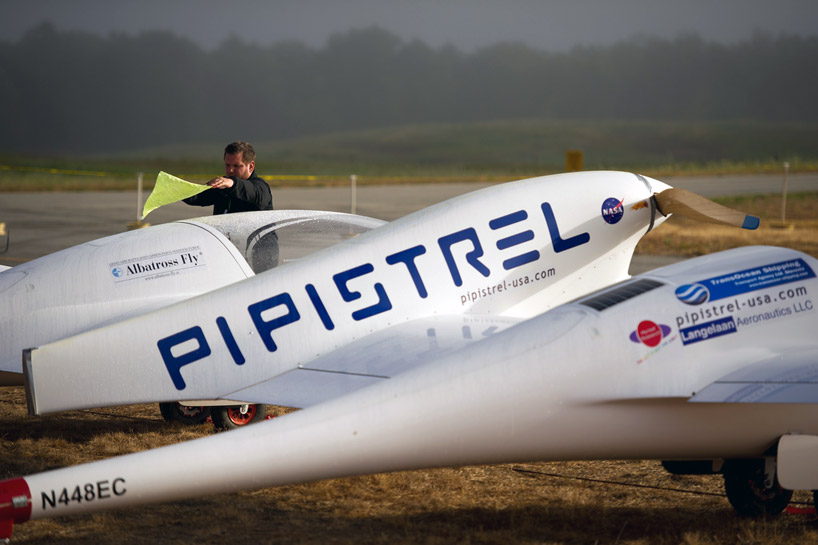 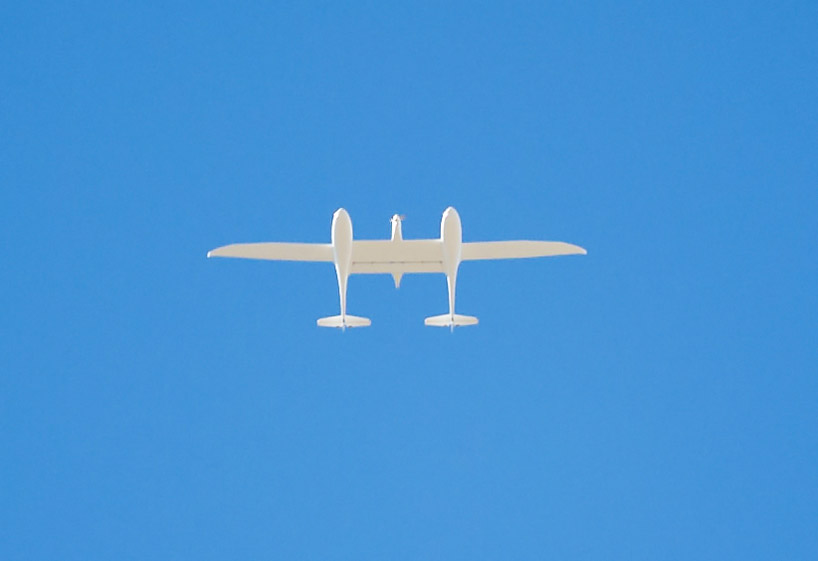 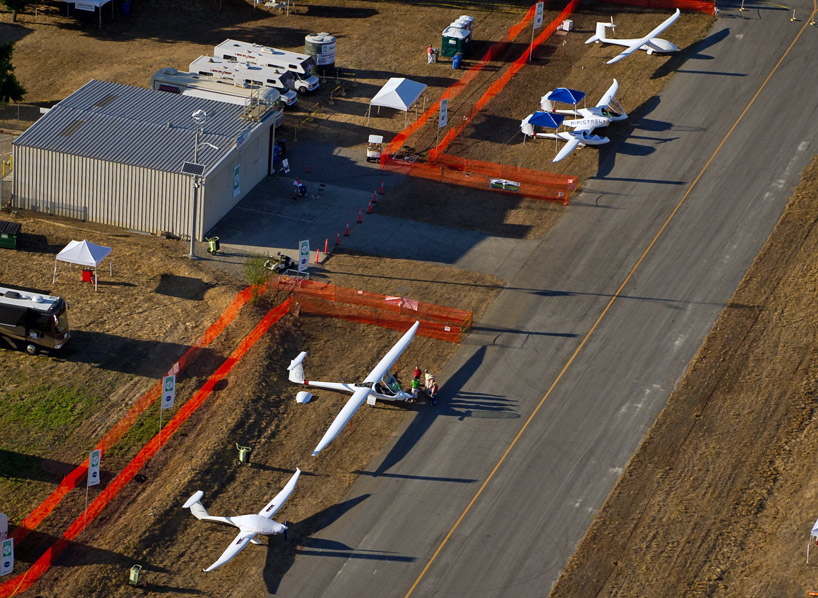 aerial view of the planes on exhibition on moffett field in california, home of the NASA ames research center; from lower left to upper right: ‘phoenix’, ‘ecoeagle’, ‘taurus g4’, ‘e-genius’ 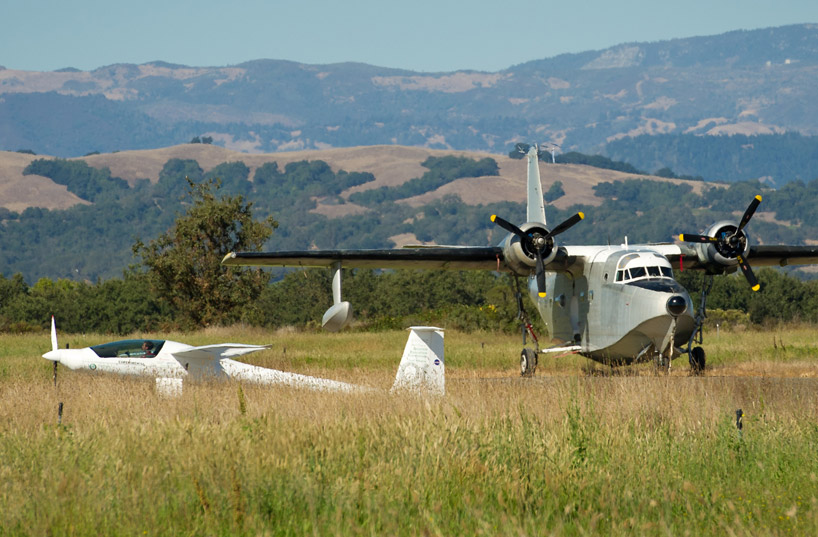 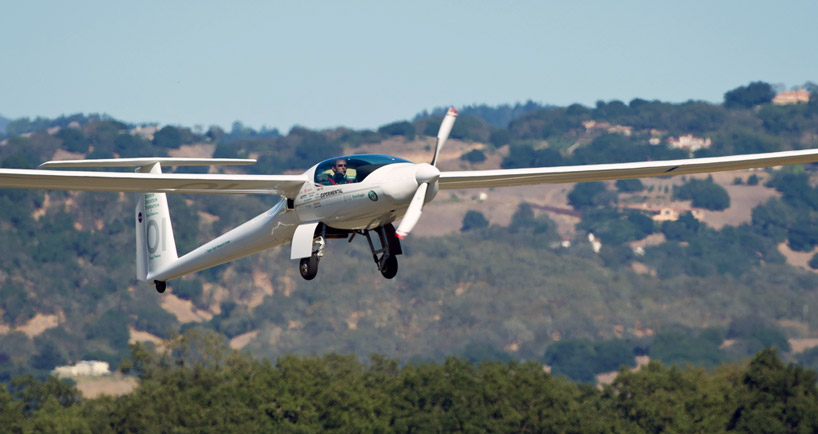 the ‘ecoeagle’, by embry-riddle aeronautical university, takes off 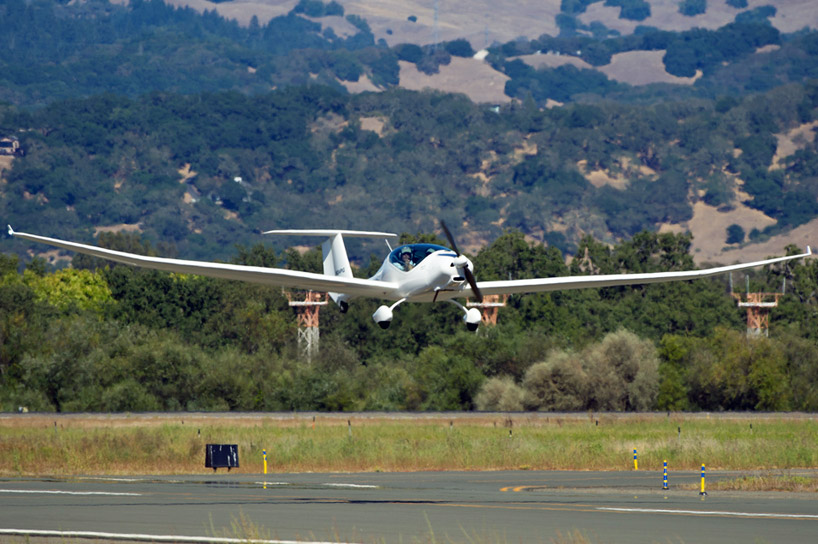 the ‘phoenix’, by phoenix air, in flight