new zealand inventor grant ryan and engineer peter higgins present the latest evolution of the fully electric folding bicycle, the yikebike ‘model V and C‘, which enables users to truly discover their urban freedom. listening, analyzing and acting upon early customers’ feedback of the initial concept first released in 2009, the new design is an eye-catching, mobile piece of art that houses advanced technology within its clean form. the 15.5kg ‘model V’ which interchanges between a two and three wheel configuration, is constructed from hydroformed aluminum and composite reinforced polymer. its 237 W/h lithium ion battery that can be charged in 90 minutes, has an electrical range of 14km and can reach a maximum speed of 23km/h.

in contrast, the premium carbon fiber ‘model C’ weighs just 11.4kg, making it their lightest yet most rigid version to date and has a traveling distance of 20km. both bikes are fitted with electronic anti-skid regenerative braking systems and are able to fold to the size of 43 liters in less than 20 seconds. the two versions have completed user testing and validation, and are seeking funding via its kickstarter campaign, to bring the products to the market. 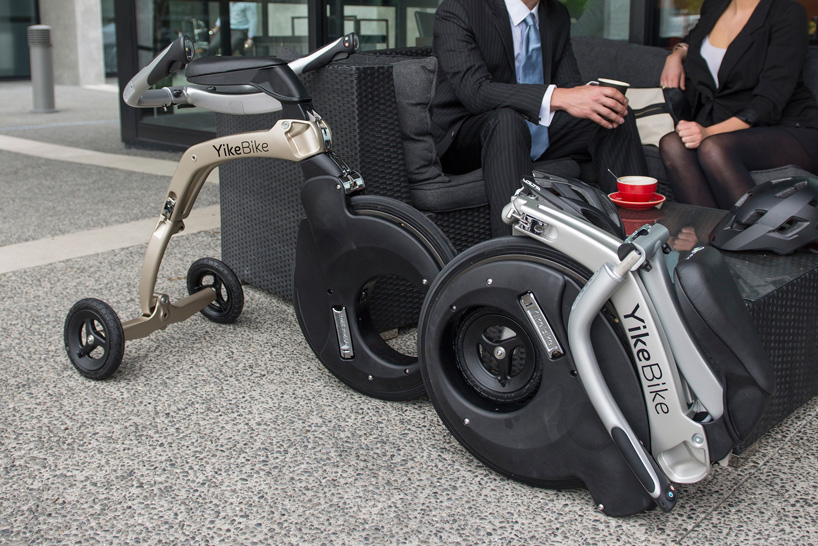 the model V is available in charcoal, silver or gold colors 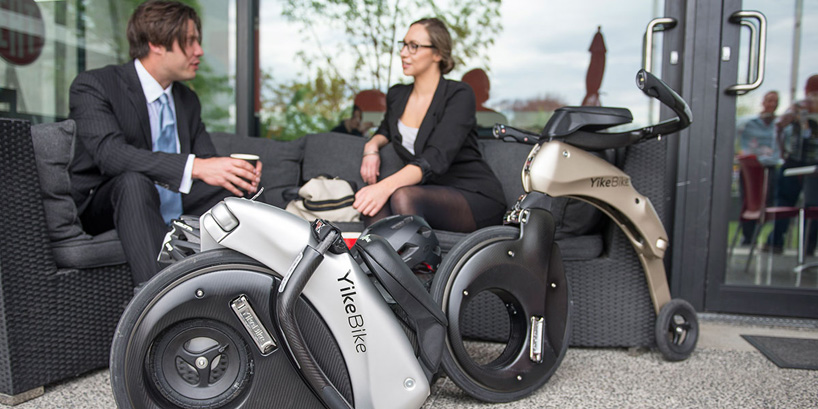 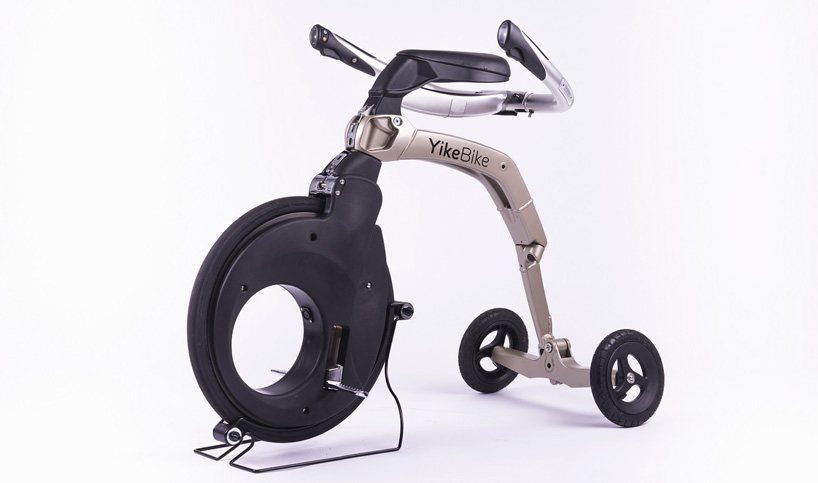 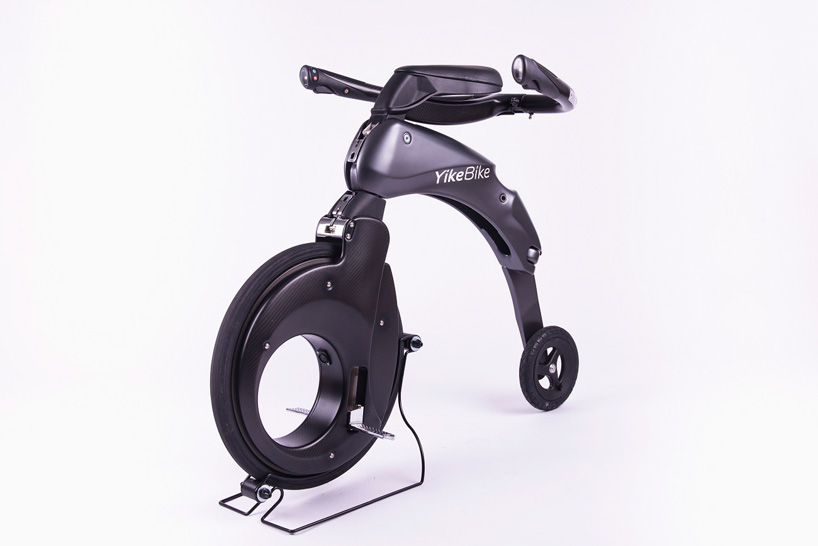 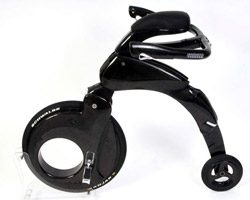