electric cars are being promised as the green alternative of the future, but we can’t forget about smaller electric motorcycles and scooters. these more nimble vehicles are better suited for crammed urban centers and are perfect for single riders. while there is a wide selection of eco-friendly options already on the market, a new crop of smaller electric vehicles are demonstrating the feasibility of this innovative technology for global audience. some designs are small, some are weird and others are fast. here is a wide section of some electric motorcycles and scooters that may soon be on a street near you. 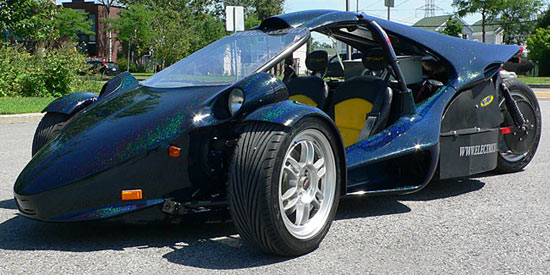 silence pt2 the silence pt2 combines the stability of a four-wheeled car with the speed and size of a motorcycle into a fully electric trike. the vehicle is 13 feet long, 900 pounds and has room for a driver and passenger. it has a top speed of 125 mph and a driving range between 125-250 miles. the silence is road-ready and went on sale in 2007. 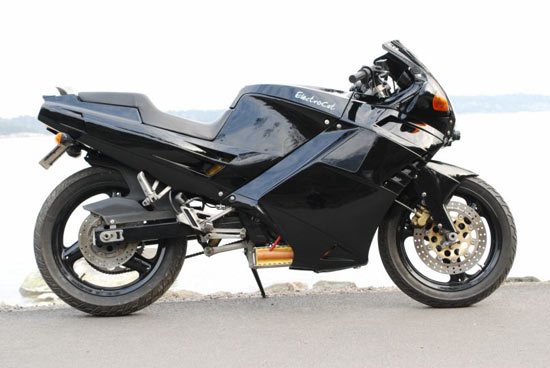 electrocat & killacycle the electrocat is a custom built electric motorcycle created by eva hakansson, a self professed-geek with a green heart and passion for power and speed’ and her father. the motorcycle looks rather normal on the outside, but inside is an array of batteries that can be charged in half and hour and has an average range of 80 km. it is sweden first street-legal electric motorcycle.

but eva craved more speed, so along with a whole team of enthusiasts, she created the killacycle. the drag bike is the world’s quickest electric vehicle of any kind in the quarter mile. in 2008 it set a world record, clocking 7.89 seconds at 168 mph. the next version of the bike is aiming to reach 200 mph and their ultimate goal is to break the motorcycle speed record of 354 mph. 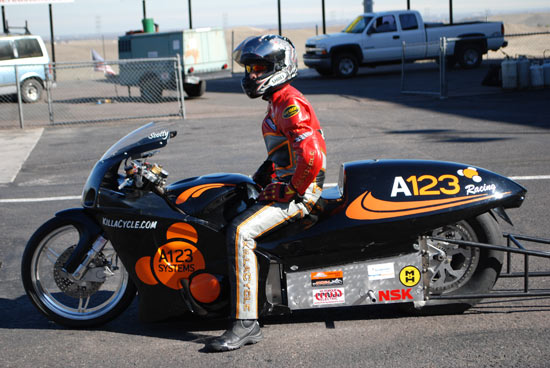 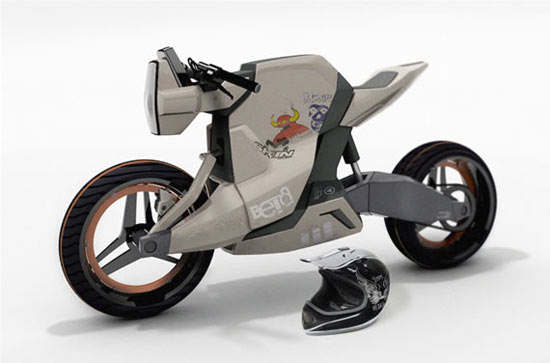 motorepublic beta motorepublic, a swedish motorbike design company have been hard at work a different kind of bike. the designers are currently working on a full-scale prototype of the beta, which is to be a completely electric motorcycle. the bike manages to also incorporate all its electric parts into a very compact frame. the wheels are both suspended on one arm and most of the components are centralized in front of the rider. it features an aggressive design that shows green technology can have an edge too. 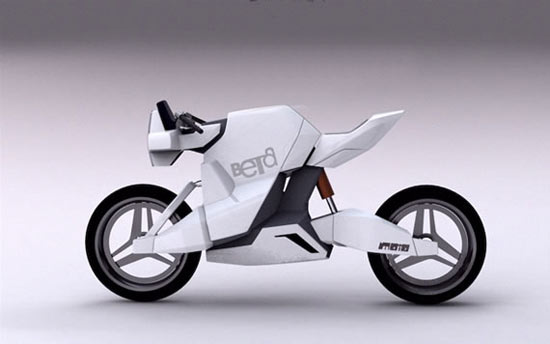 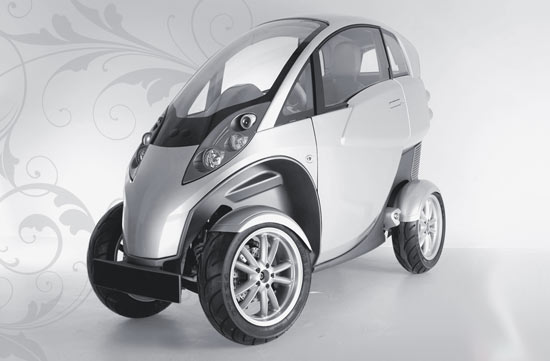 lumene smera the smera is more of a four-wheeled motorcycle than a standard car. it measures eight feet long and only 31 inches wide. with only one seat and some room for luggage, the smera is the ideal vehicle for a single commuter. the vehicle boasts two 20hp electric motors which allow it to reach speeds up to 80 mph and a single battery which gives it a range of 93 miles per charge. 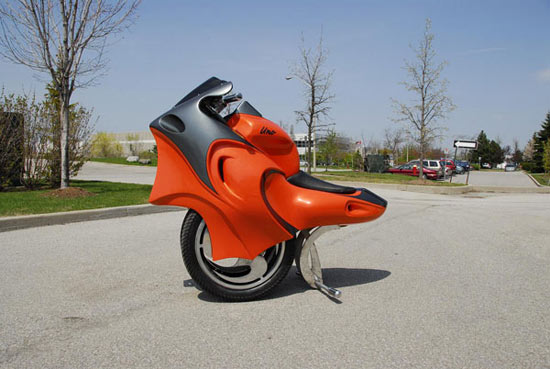 uno bike while most motorcycles use two wheels to stabilize, the uno, as its name implies, uses only one. this unique bike has an internal stabilizer that balances the bike when the rider is on top, allowing it to drive safely along. the bike is currently just a prototype, but its inventor 19-year-old ben gulak believes they will one day be used all over the world in crowded urban areas. the idea came to gulak when he visited china and saw the huge amount of traffic. the bike has only an on and off switch and is controlled by leaning forward and back to accelerate and brake. 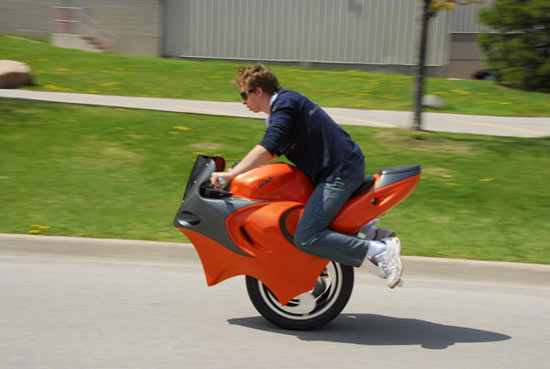 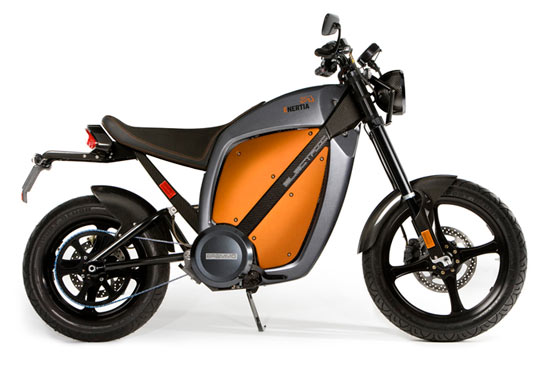 brammo inertia the brammo inertia is an electric motorcycle designed for the masses. costing around 12,000 USD, the bike is less than most gas powered motorcycles but completely electric. six batteries allow it to reach over 50 mph and drive around 35-45mph on a 3-hour charge. the bike is very light thanks to a carbon fiber chassis that also houses the batteries and uses a direct chain drive to keep maintenance low. the bike is now for sale and provides a clean solution to urban transportation. 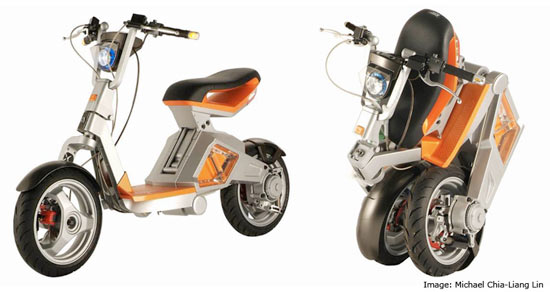 MIT roboscooter students at MIT have developed the roboscooter concept to try and alleviate urban congestion. the electric scooters are lightweight and compact and can be folded even smaller. they are decidedly simple and hope to solve issues associated with excessive vehicle use like, congestions, noise and pollution. the bikes were also specifically designed to be used in city-wide rental systems. users pick up a bike at a rack, ride it to their destination and drop it off at another rack. 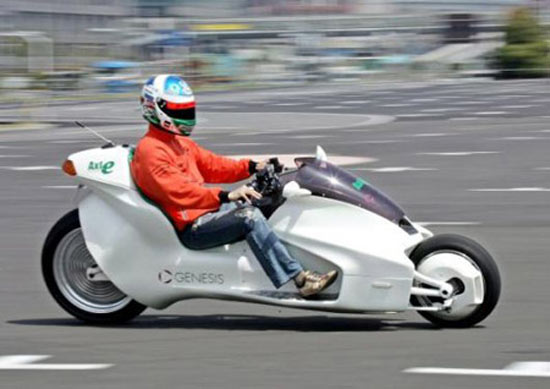 ev-x7 the ev-x7 is a unique electric motorcycle because it uses magnetic motors to power its long and low design. mounted in the rear wheel is a special hybrid motor that is both electromagnet and a permanent magnet. this special motor allows the bike to have a range of 110 miles on a single charge and a top speed of 92 mph. the bike_s magnetic motor also keeps the price down making it extremely affordable. 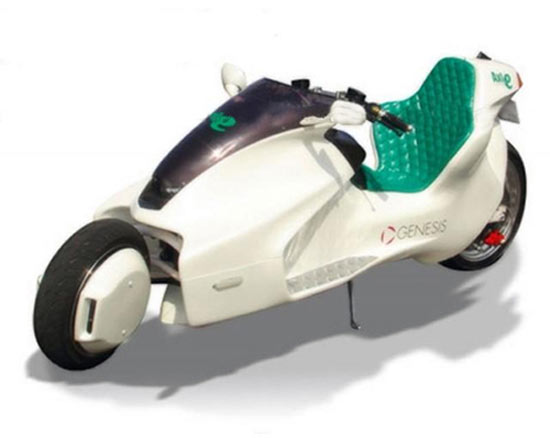 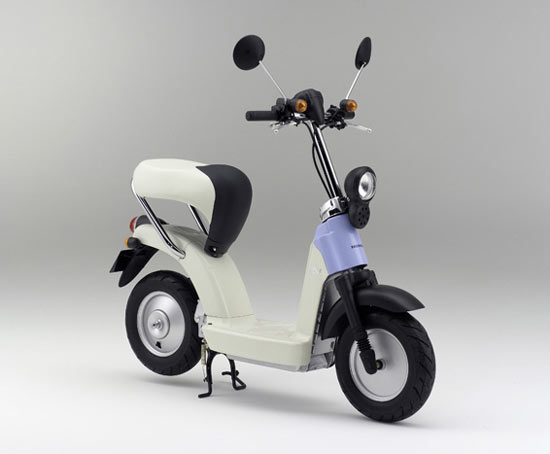 honda moped-ev back in 2004 honda announced this new electric scooter concept. the moped-ev prototype was designed for city driving and weighed only 44kg thanks to an aluminum frame. the bike offered equal power to a gas engine bike in its class and featured a unique two level acceleration system mounted under the right handlebar for easy driving. honda first developed an electric scooter in 1994 and has been working on bringing a mass market scooter like this to market ever since. 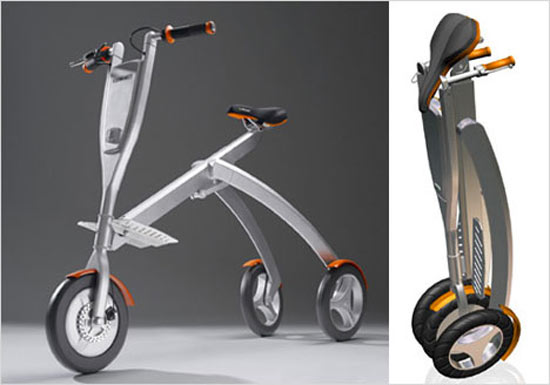 the rider the rider is an electric trike designed by israili designer elisha wetherhorn. the super-light design is collapsible and boasts a small electric motor that can power the bike up to 15kph for around 4 hours. the aluminum frame of the trike keeps it light, weighing only 14 kg. the design even manages to squeeze in regenerative braking to keep its 24 volt battery powered up on a trip. the unique two-wheeled back allows the rider to carve turns, giving the trike optimal stability. 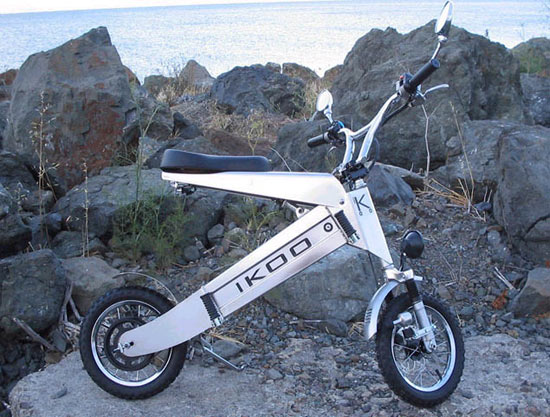 ikoo if you thought the rider was as small as it gets, think again. the ikoo is an inexpensive and compact electric scooter that weighs 32 kg and has a top speed of 25 km/h. the small machine has quick acceleration thanks to its 600 watt motor and light stainless steel alloy frame. like a full-size bike, the ikoo has disc brakes, tail lights and rear-view mirror. the bike charges through a special device that allows it a range of 25-30 km 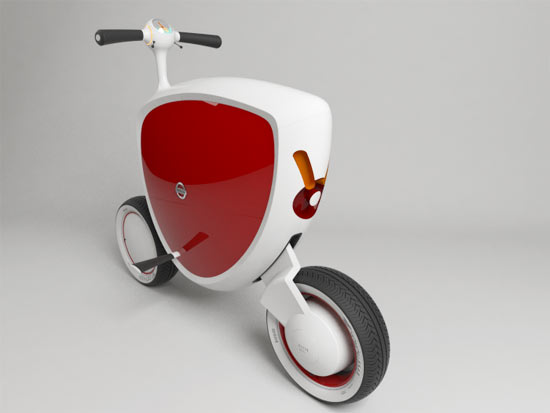 nissan mori the concept bike was created by australian designer shane crozier. crozier aimed to create a simple bike that could adjust itself to rider of different sizes. its compact and solid design was intended to conceal all the parts, making user maintenance as simple as possible. the design features a powerful onboard computer and a LCD information screen instead of a speedometer. 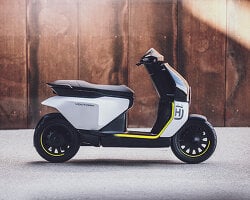 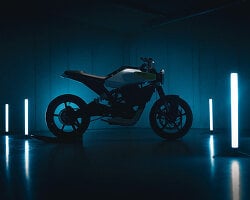 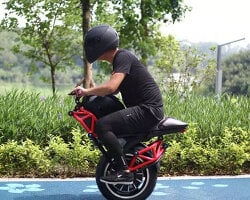 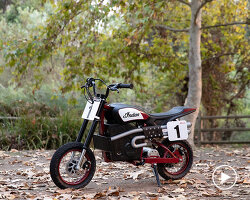