the ‘lola-drayson B12/69EV’ racecar is believed to be the fastest electric-powered racing car yet produced, the result of a collaboration between drayson racing technologies and lola cars development group (both based in the UK). the prototype car was presented at the motorsport industry association’s 2012 low carbon racing conference.

the vehicle is an LMP (‘le mans prototype’) racer, the fastest closed-wheel racing cars, which are comparable to (but can attain even higher maximum speeds than) formula one open-wheel models. the batteries, electric motor, and cooling system are positioned behind the driver. its chassis is composed of carbon fiber.

the racecar offers the first real-world implementation of a new generation of lithium nanophosphate battery cells, lasting fifteen minutes. it charges via a qualcomm haloIPT wireless induction system, utilizing recharging pads on the garage pavement that generate energy to the coils built into the floor of the vehicle. precautions were taken to ensure that the batteries discharge upon impact, to minimize risk of explosion or fire.

it is expected that the car compete in the first-ever FIA electric car championship planned for 2013. 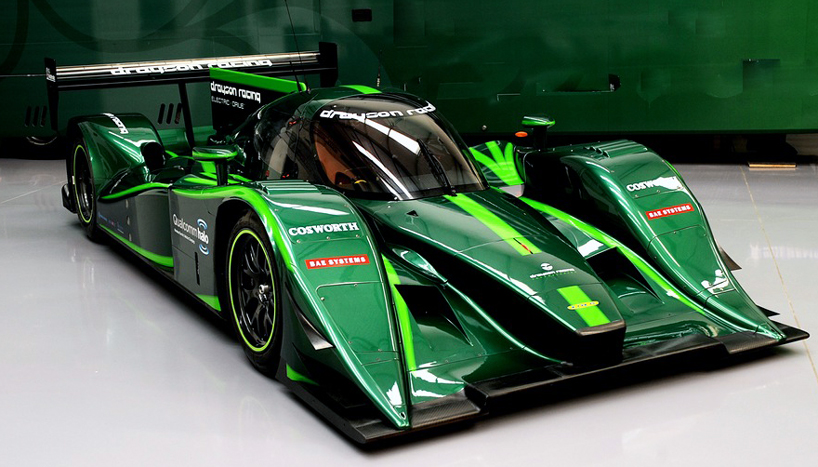 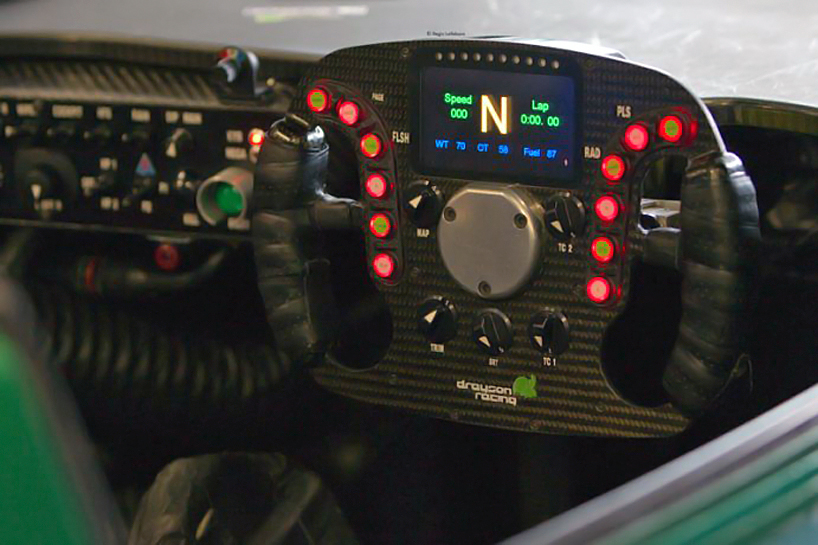 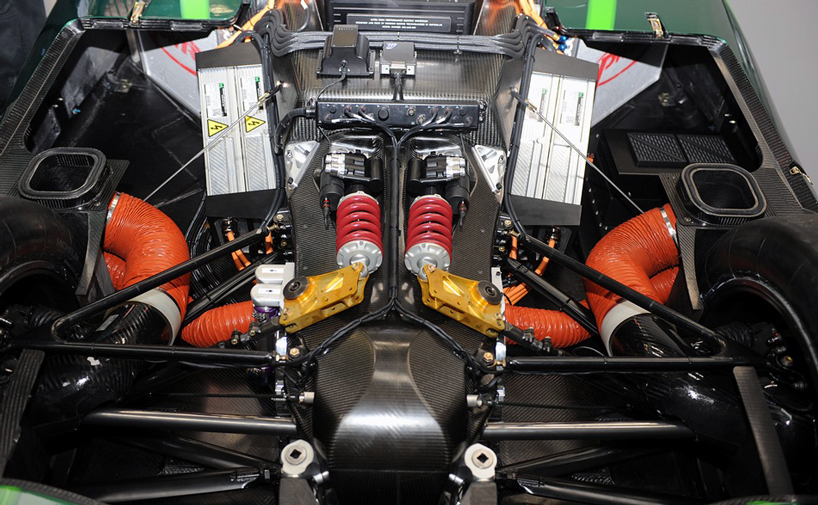 the electric motor, batteries, inverter, and cooling system are positioned behind the driver 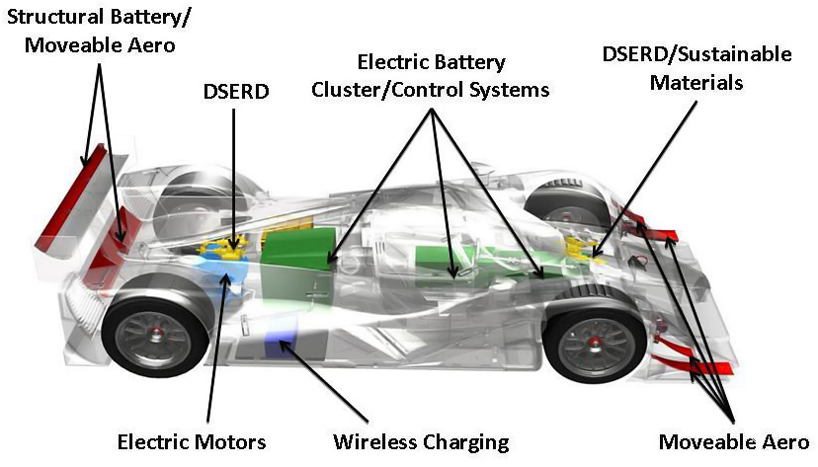