california-based designer joseph robinson has come up with a concept for an electric motorcycle based around the shape of the letter ‘Z’. the Z-motorcycle features a line that starts at the headlight and finds its way down to the rear wheel, doubling as a screen which can display exciting graphics to elevate its road-going presence. 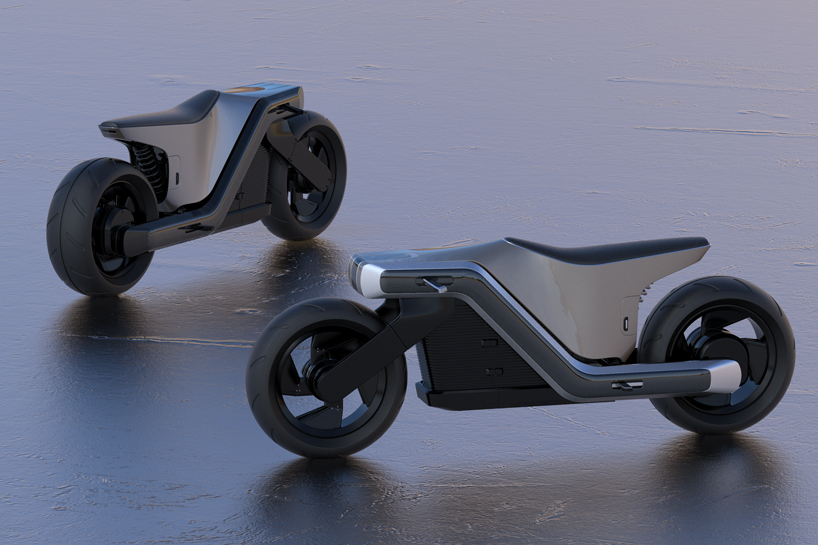 robinson has given the bike a relatively flat top and integrated fold-out handles and footrests. there’s also an absence of rearview mirrors, and a seat that slightly extrudes out of the spine for a streamlined design. 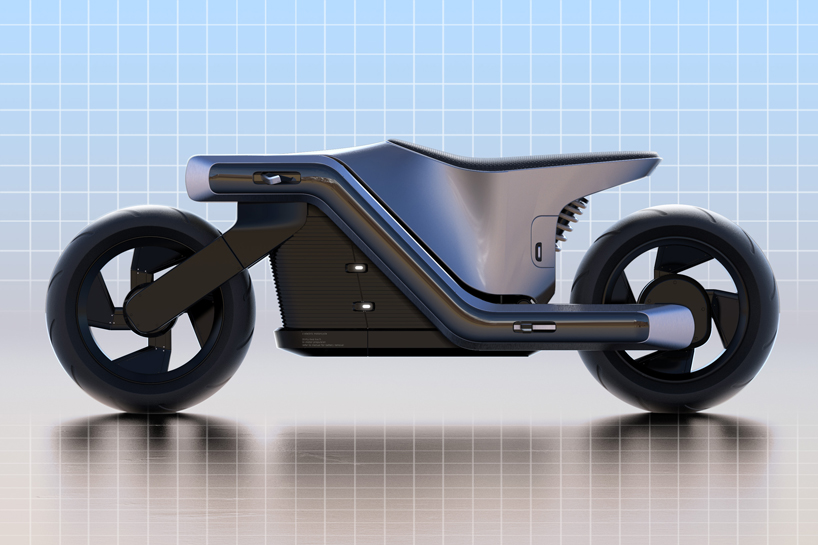 the Z-motorcycle takes into account the challenges of fitting a sizeable battery into the slim package. from the latch points, a 30 kw/h battery can be removed and interchanged for a new one, delivering power to the motor which is located in the lower rear-arm of the Z. the front fork houses a strut tower, which is steered from the fold-away handlebars. 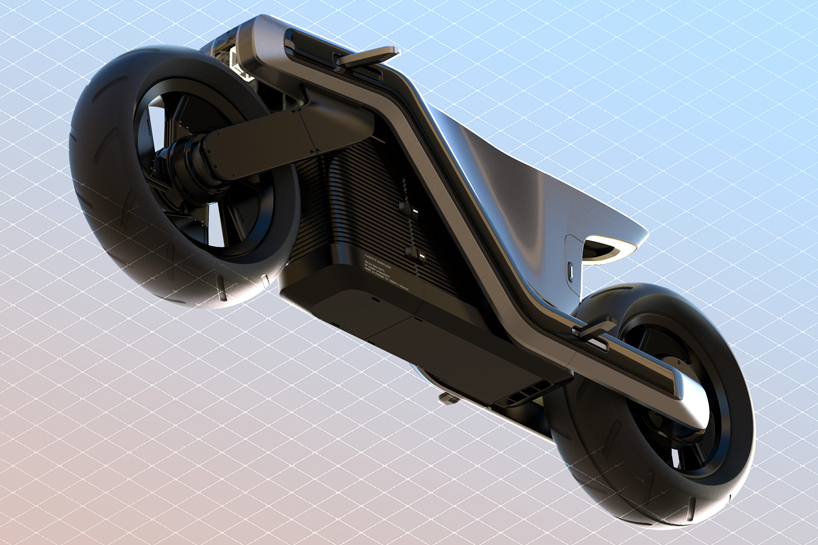 the concept demonstrates how electric powertrains have the potential to expand the possibilities of design. like the wooden motorcycle we published yesterday, not being confined by the components and mechanics which come with fuel-based propulsion systems, could result in never-before-seen concepts. 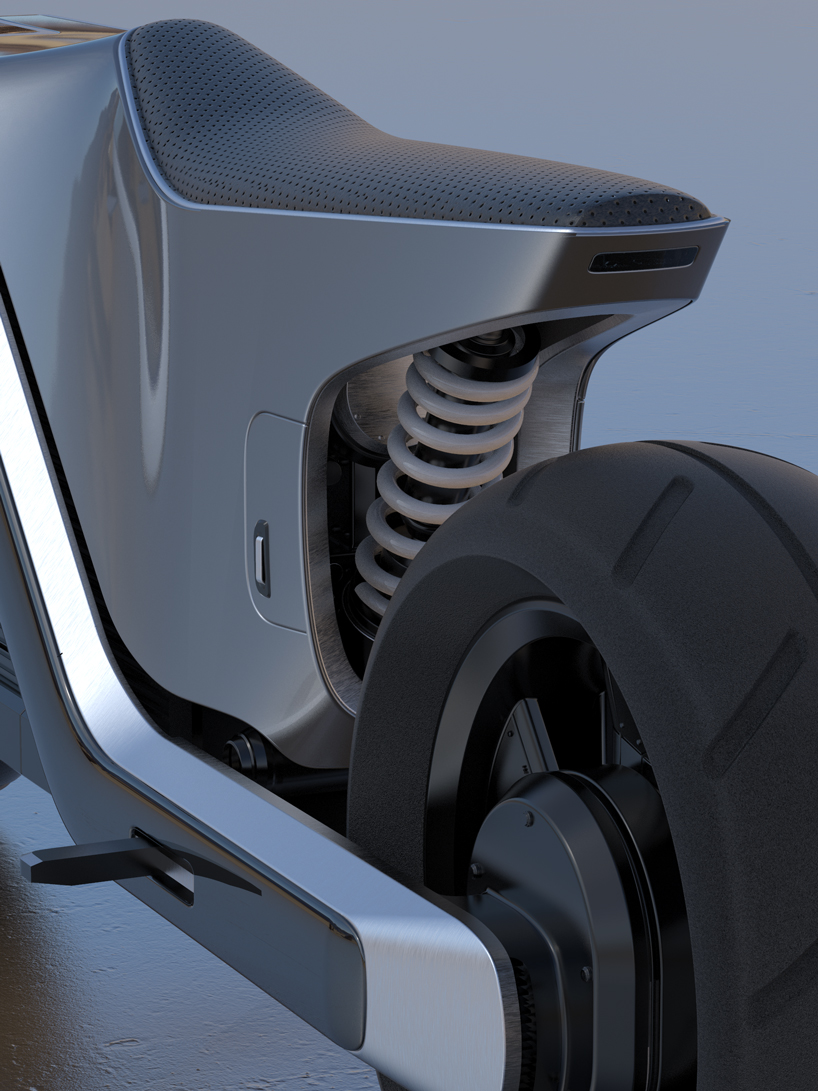 ‘the electric wave in transportation should not be limited to just cars,’ says the designer. ‘motorcycles are vehicles of pure thrill, thus they pose to be the greatest benefactors from electric performance. instantaneous, but smooth acceleration assures it would be ideal in city traffic or on canyon rides.’ 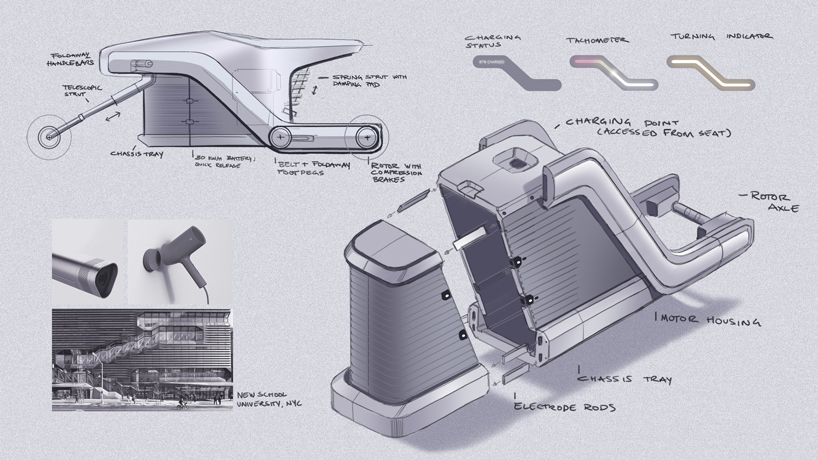 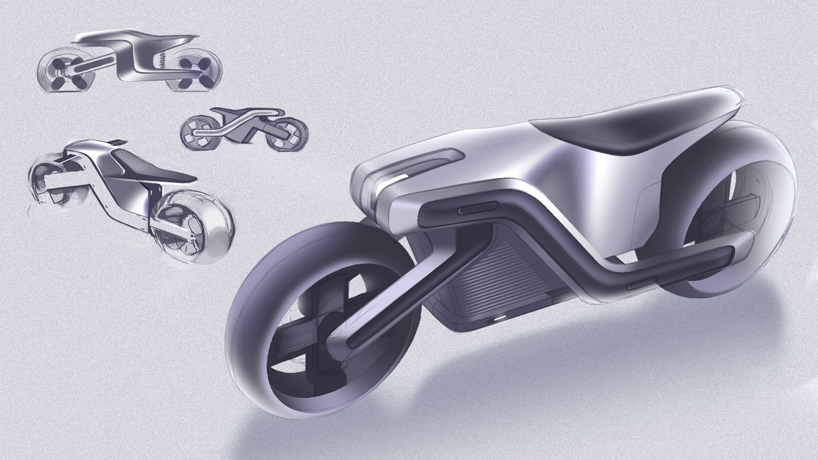