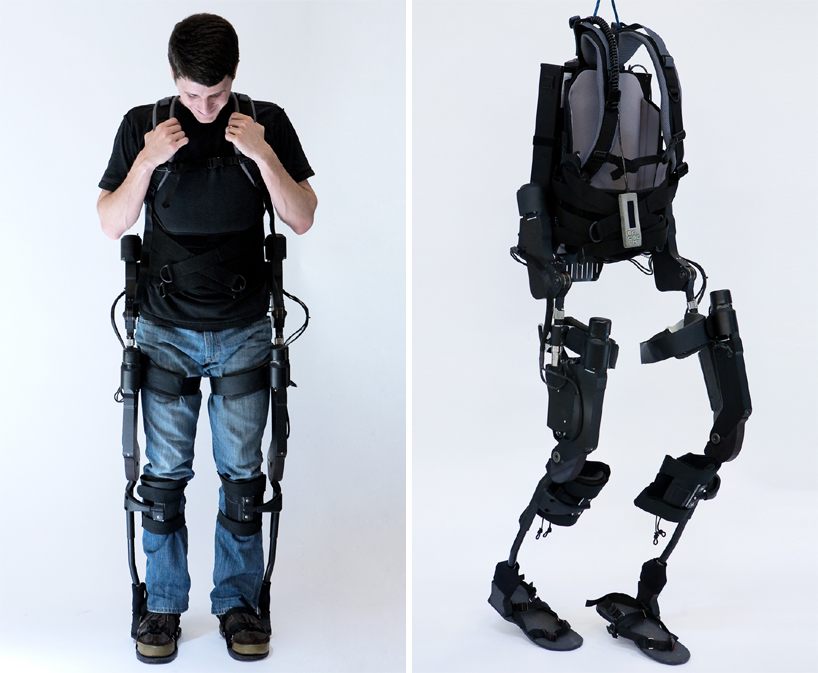 california-based berkeley bionics has just unveiled an artificially intelligent human exoskeleton that enables
paraplegics to walk. ‘eLEGS’ is a wearable bionic device that uses a gesture-based human-machine interface
to determine the users gestural intentions and then acts accordingly. utilizing a series of sensors, a real-time
computer draws on the user’s input information to facilitate every aspect of a single stride.

‘many of the 6 million americans who live with some form of paralysis today were highly active and at the top
of their game when they sustained their injury. as they research their options for increased mobility, they discover
that wheelchairs are pretty much it. this has been the only alternative – their only hope – for nearly 500 years,’
says berkeley bionics’ CEO, eythor bender. ‘we want to enhance their independence and freedom of movement.
and with eLEGS, they can stand up and walk for the first time since their injury.’

the current prototype enables the user to walk in a straight line, stand from a sitting position, stand for an extended
period of time, and sit down from a standing position. weighing only 45 pounds, the device is easy to put on
and transport. a narrow waist fit makes it easy to maneuver through doors and corridors. when ‘eLEGS’ is made
available to certified rehabilitation facilities in late 2011, it will enable users to make tight and wide turns without tethered help. 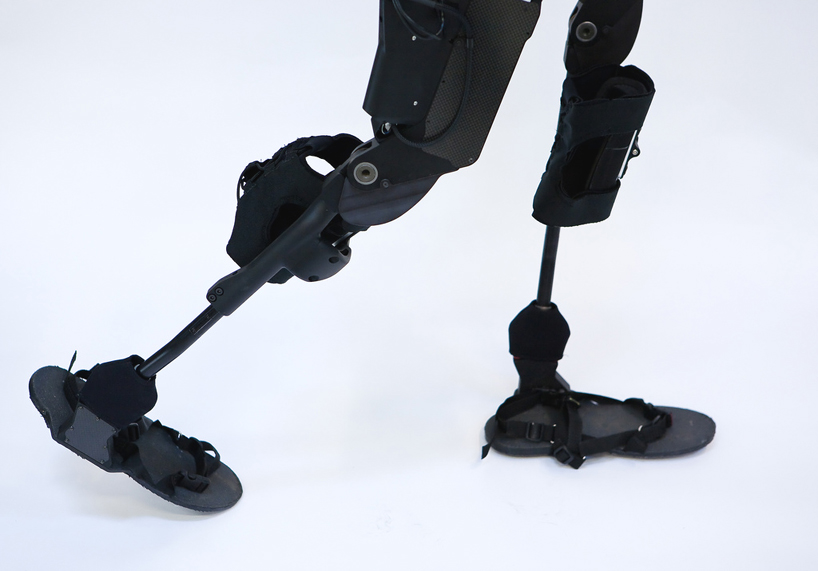 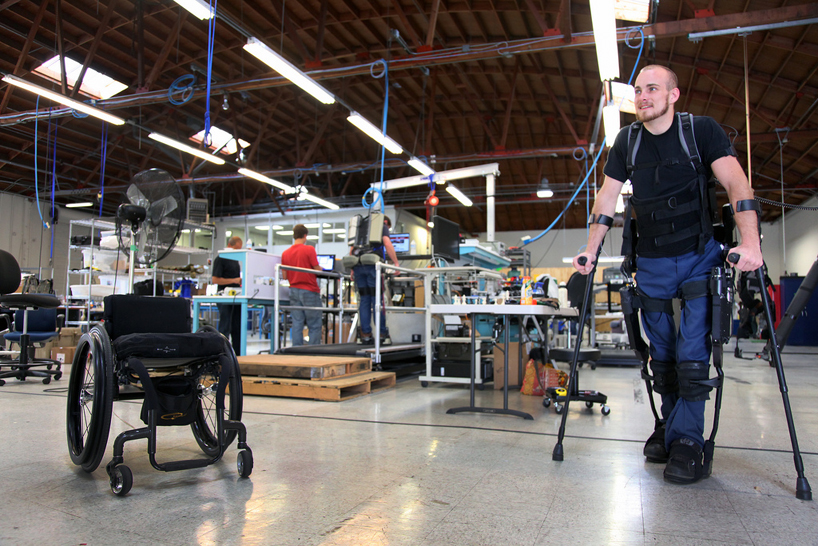 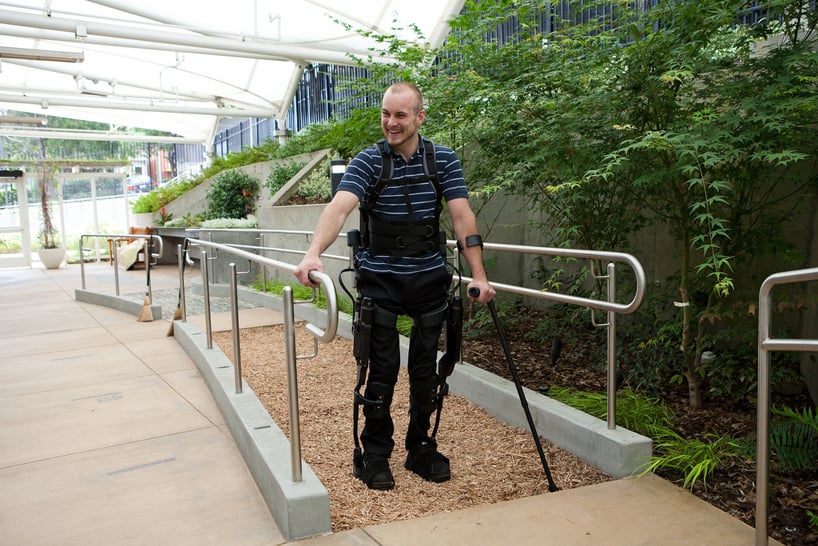 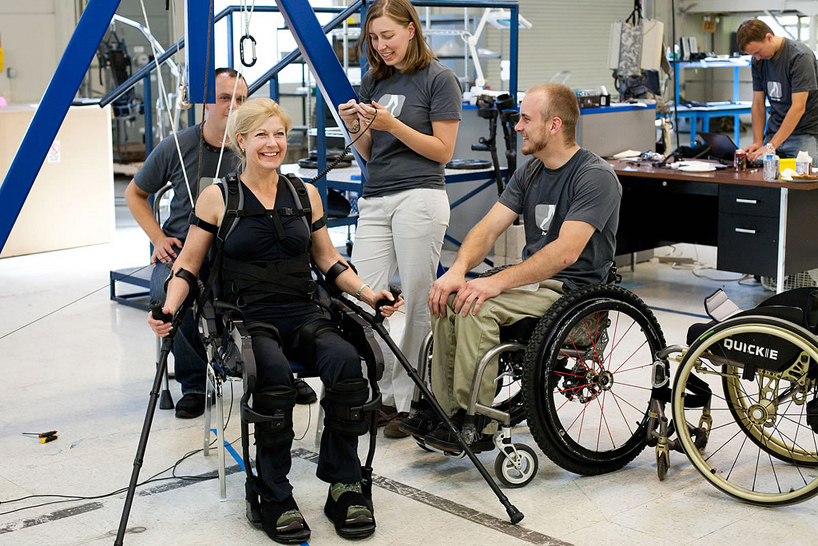 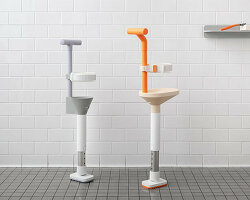 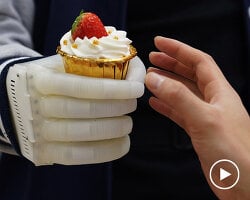