‘elfoid’japanese researchers, in collaboration with osaka university professor hiroshi ishiguro have invented ‘elfoid’, a mobile phone in shape of a human being. the phone incorporates a speaker in the head of the device and a light-emitting diode in its chest which turns blue when the phone is in use and red when it is in standby mode. the creepy ‘elfoid’ handset is designed to add an element of realism to long-distance communication by recreating the physical presence of a remote user. 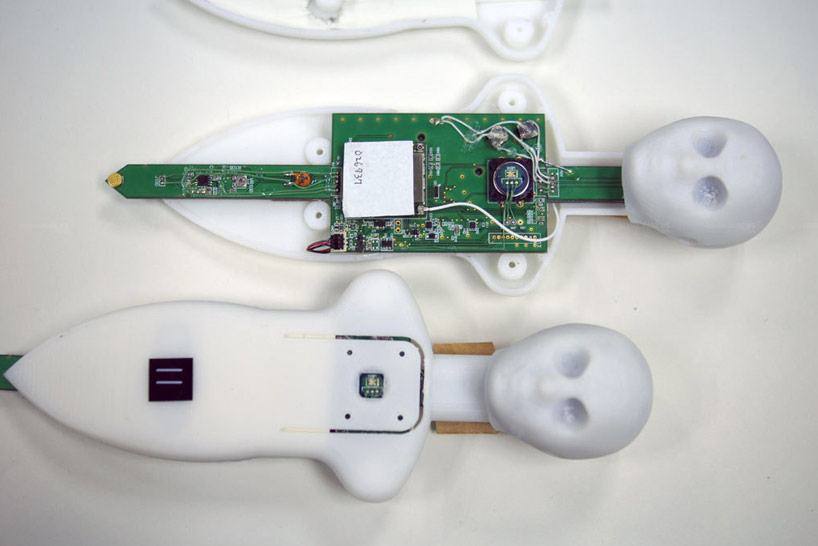 the ‘elfoid’ is basically a pocket size version of the ‘telenoid R1’, the robotic answering machine which was developed by the advanced international telecommunications research institute (ATR). it is a a joint effort from osaka university, the mobile telephone operator NTT DoCoMo and qualcomm. ‘elfoid’ was unveiled at a presentation in tokyo on march 3. 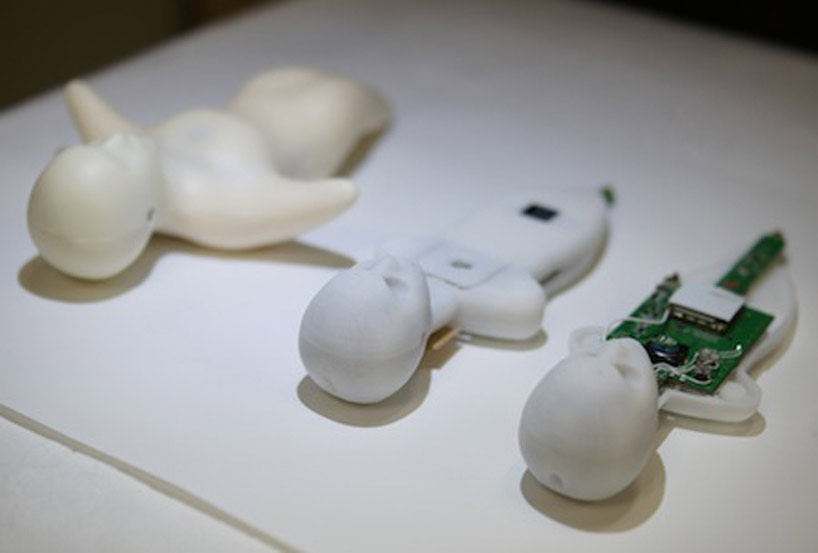 the first prototypes can’t actually move themselves, but future versions will incorporate motors and shape-memory components. the ‘elfoid’ phone will then be able to watch the user’s face and transmit motion data to another ‘elfoid’ phone, which can reproduce the face and head movements in real-time.  the developers expect to launch the ‘elfoid’ commercially in 5 years after adding a temperature sensor, an accelerometer, and image and voice recognition functions.

‘telenoid R1’, its pale torso is about the size of a small child, it has no legs and just stumps for arms. to operate, the user must sit at a computer with a webcam that tracks the user’s movements and captures their voice. actuator’s in the robot’s body help it to move in a realistic way. the was demonstrated at ars electronica festival in linz, austria in 2010.