tesla CEO elon musk’s latest venture is far from ‘boring’ as its name would suggest. the canadian-american entrepreneur and investor, who is aiming to revolutionize travel both on planet earth and beyond, has been making waves with his startup the boring company which aims to reduce congestion in cities using an underground transport network of tunnels and high-speed pods. back in february, musk tweeted a picture of a trial tunnel, built under spaceX’s headquarters in LA. now, the famous entrepreneur has shed further light on his project, releasing images of what the underground ‘cars’ for pedestrians could look like. the pods are made of glass, and large enough to stand up in, kitted out with benches inside with space for standing or leaving your bike. 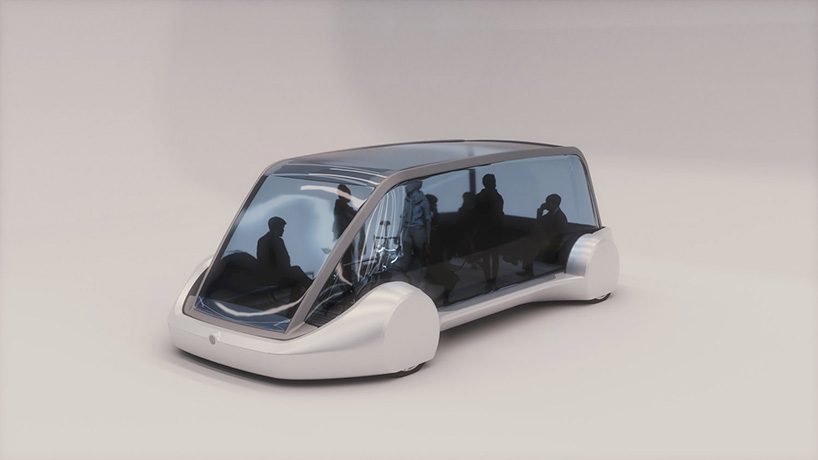 the vehicles, which will travel at high speed through the boring company’s network of underground tunnels, are build with ‘electric sleds’ underneath. the sheds take the form of a flat plate on wheels, propelled by an electric motor. whilst those with a car could drive their vehicle directly onto an electric sled to be able to use the tunnels, the addition of these mini-bus type pods opens up the high-speed transportation system to pedestrians as well. by designing the glass pod to be small and close to the ground, musk reduces the necessary tunnel diameter, simultaneously reducing the cost of building them. the pods are also built to be autonomous, eliminating the risk of human error and the chances of swerving off-course. 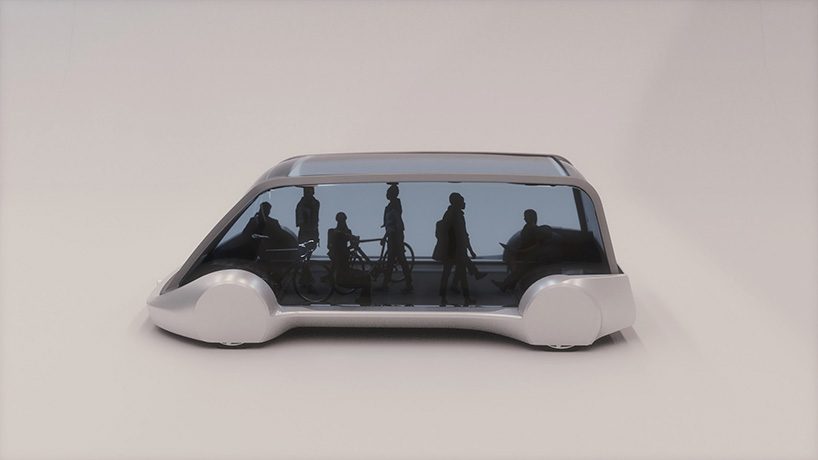 the pods would be mounted on ‘electric sleds’

the electric sleds allow for speeds of 125 miles per hour in urban settings, meaning that a passenger could travel between new york and washing DC in under 30 minutes. since the electric sleds that drive the cars are electric, they do not output hazardous gases like internal combustion cars do. so, every mile the sled transports a gas-burning vehicle becomes a zero-emission mile. musk also has lofty plans for the future, imaging that if they added a vacuum shell to the electric sled, the vehicles could transform into hyperloop pods, travelling at 600+ miles an hour. 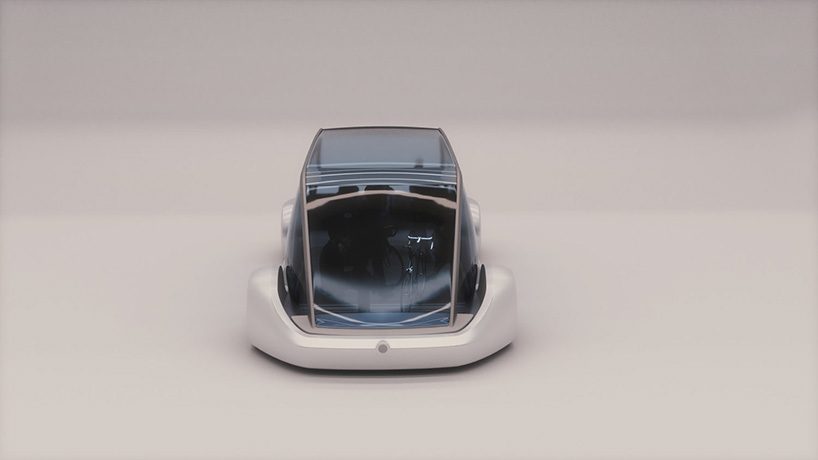 the electric sleds can travel up to 125 miles per hour, or up to 600+ with a vacuum inside 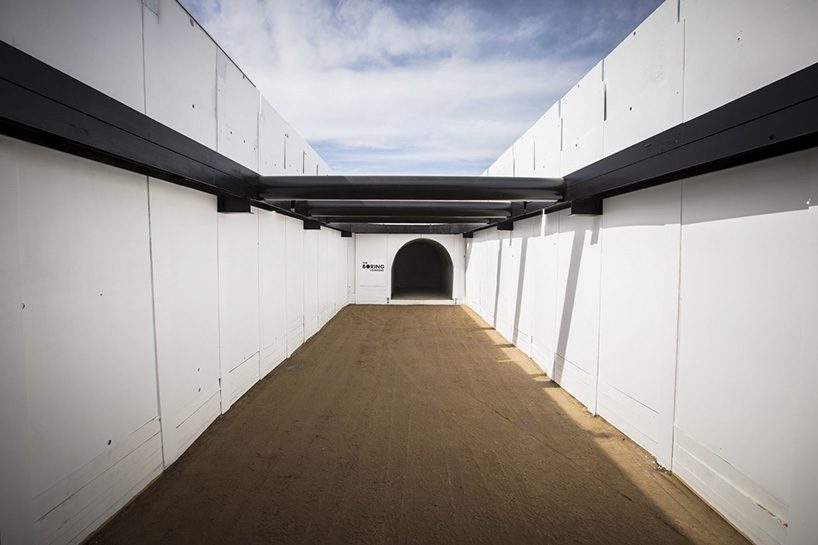 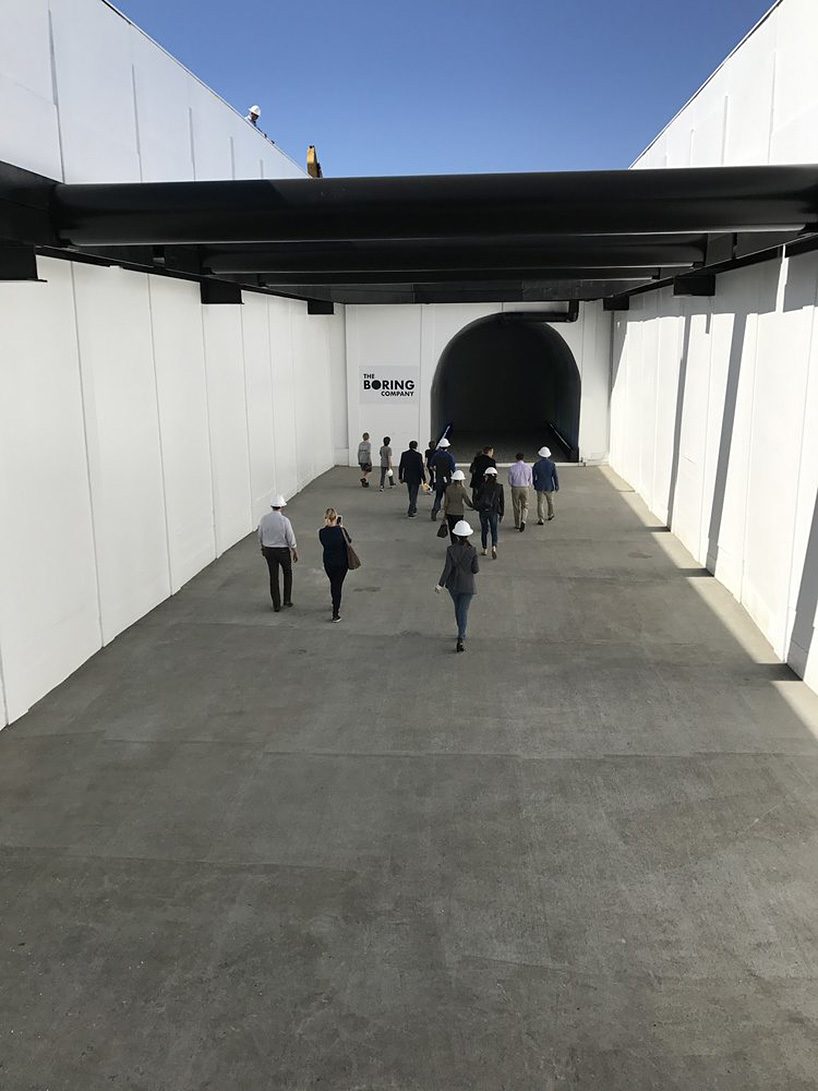 the tunnel would be smaller in diameter to reduce costs 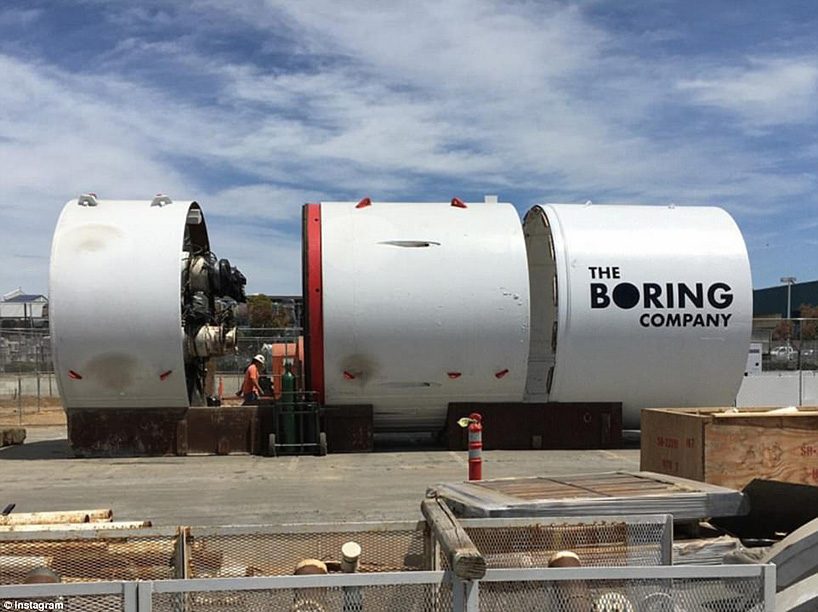