once again amazing the technology world, elon musk and spaceX‘s latest news see a team of 30 students from germany, named ‘WARR hyperloop’, reaching a speed of 324 kilometers per hour (201 miles per hour) and winning the ‘hyperloop pod’ competition on 28th august 2017. in the aim of continuing to advance the ultra high-speed transportation technology solution, the event marked the second official competition, following the first in january 2017 which was won by students at TU delft. once invited to 27 teams from around the globe, the contest had been narrowed down for entries to focus on pure speed and accelerate their pod designs along the approximately one mile test tube in hawthorne, california. 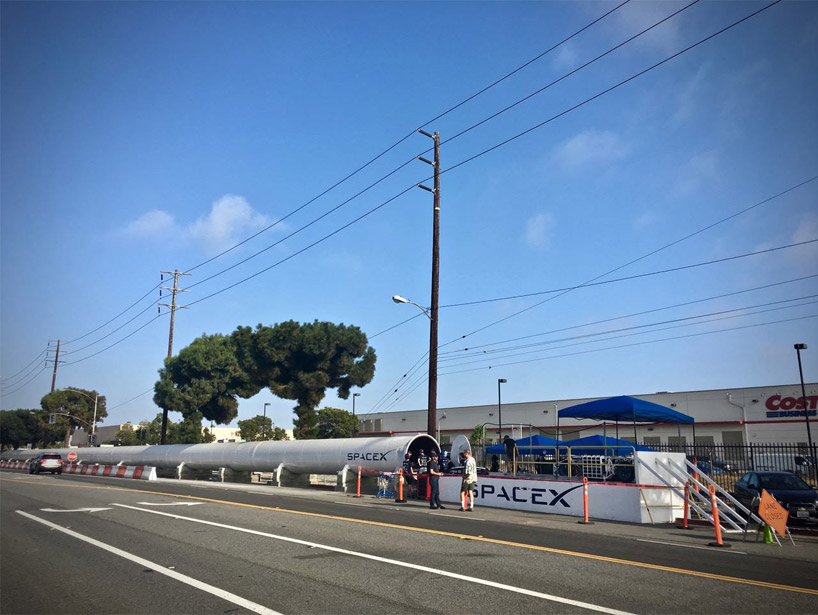 the one mile test track in hawthorne, californi
all images and video courtesy of WARR hyperloop

as a conceptual (at the moment) mode of transport designed to rapidly move people or things anywhere in the world via a low pressure tube, spaceX‘s ‘hyperloop pod’ competition’s goal is to accelerate the development of functional prototypes and encourage further innovation. the pod of team ‘WARR hyperloop‘ – 30 students from munich technical university – has a lightweight, carbon fiber construction with aluminum supplements. it is propelled by a 50 kW motor that provides 40 Nm of torque and has the potential to accelerate from 0 to 350 km/h in twelve seconds. following this competition win, who knows how fast their next pod will travel… 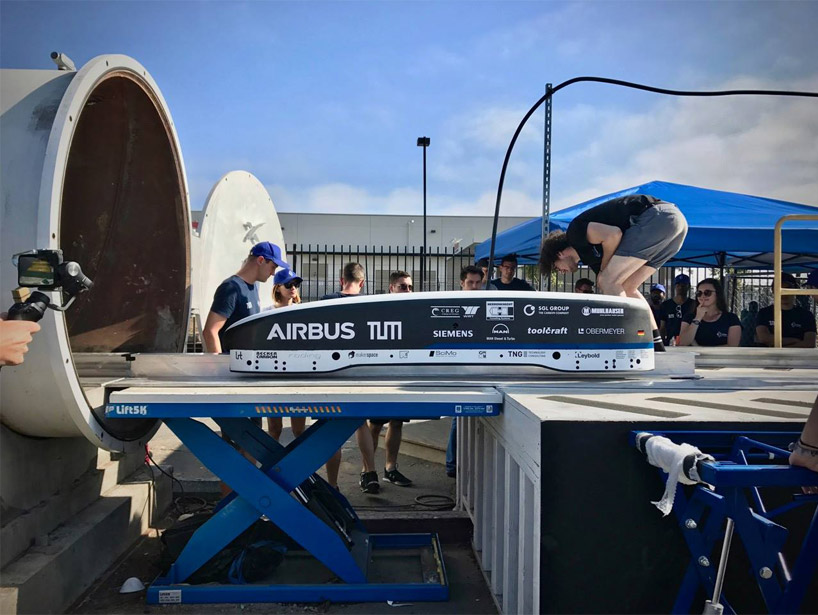 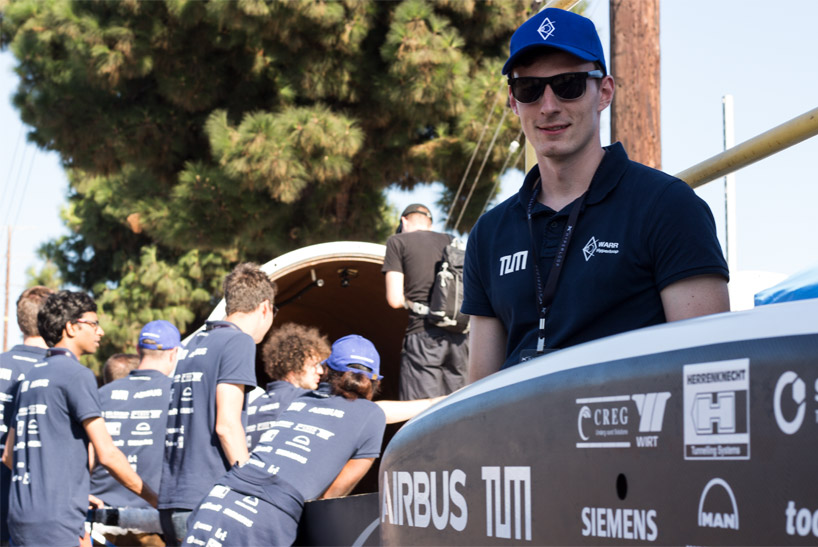 the pod has a carbon fiber construction

May 30, 2020
SpaceX launches its first human mission to space with falcon 9