elon musk has announced how long it would take to build a self-sustaining city on mars. going back on previous timelines, the spacex and tesla CEO has tweeted some maths for how long he thinks it would take to transport the materials necessary to create the civic concept.

musk has said that it would take 1,000 of spacex‘s starship rockets 20 years to transport the cargo. speaking at the us air force space pitch day on tuesday, musk estimated that spacex’s 100-passenger reusable rocket design otherwise known as starship, would cost $2 million to launch. 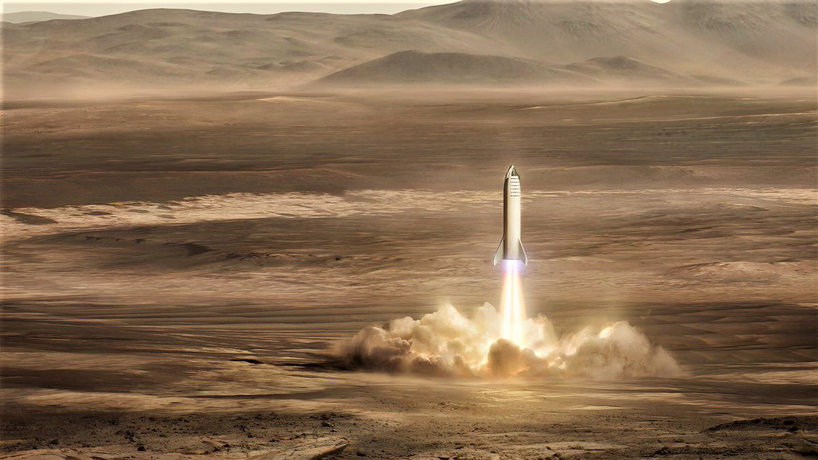 the conference was followed by a series of tweets by musk who outlined how many rockets he thought it would need to carry the necessary cargo to set up a base on mars. ‘a thousand ships will be needed to create a sustainable mars city… as the planets align only once every two years,’ he said.

spaceX CEO elon musk had announced an ambitious deadline for its mars mission in september 2019, along with tweets of the company’s mars base alpha and the BFR or big falcon rocket. musk stated a full ‘mars base alpha’ – a preliminary city on the red planet – could be completed as soon as 2028.

one of the images shows the BFR, the massive rocket spaceX is developing for deep space missions. back in 2017, it announced its plans to launch two BFR cargo missions to mars by 2022. spaceX will first start testing its BFR system in the first half of 2019. 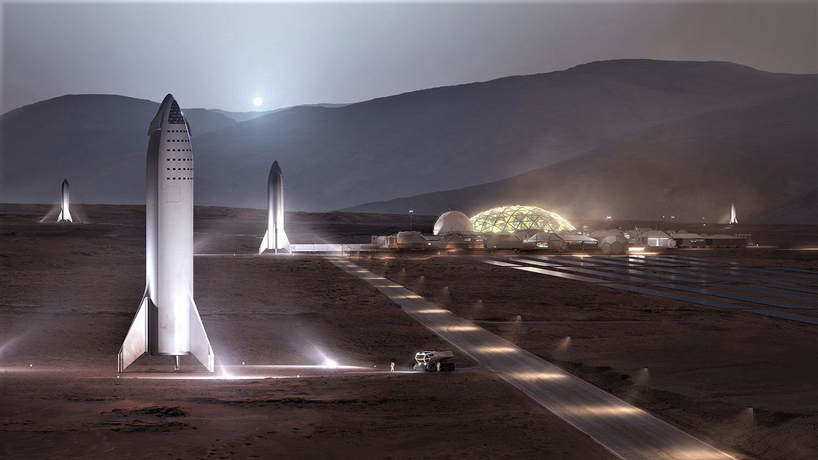 spaceX intends to use the BFR to build a base on the moon and for return trips to and from mars. the most recent images of the mars base photo include the updated BFR design, which this year added bigger fins.