spaceX founder and CEO elon musk reveals his plans to establish a moon base and a colonization city on mars within the next decade. presented at the international astronautical congress (IAC) in adelaide, australia, the astronomic project also involves a BFR spacecraft that proposes hypersonic passenger travel and much cheaper and larger payloads being launched around earth. 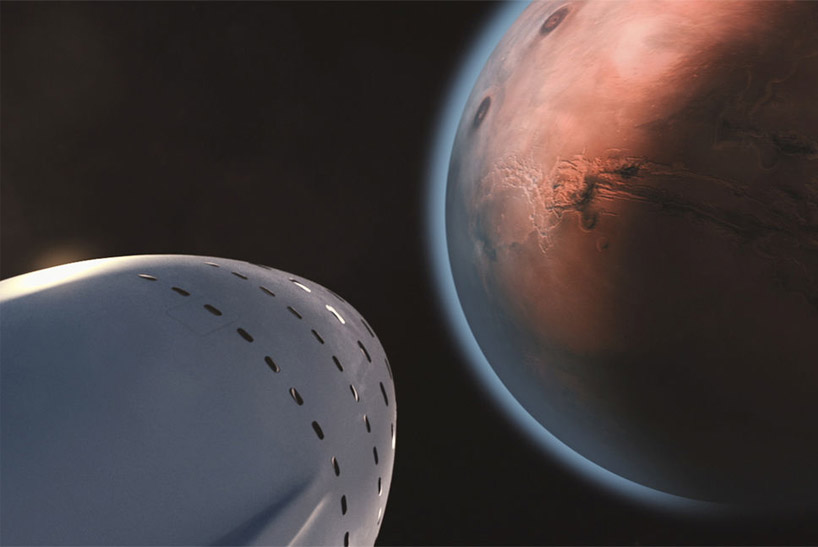 spaceX’s plans crucially encompass a spacecraft codenamed the BFR (big f*cking rocket), which hopes to be launched in 2022 and then to mars by 2024. the system enlarges the recyclable philosophy of their ‘falcon 9’ rocket to offer more capacity and power – a maximum speed of 18,000 mph. with relatively low fuel costs and then fully reuseable rockets, the price for flights drop dramatically. it is claimed that long-distance commuting could be completed in just 30 minutes, where passengers could get anywhere on earth in under an hour. 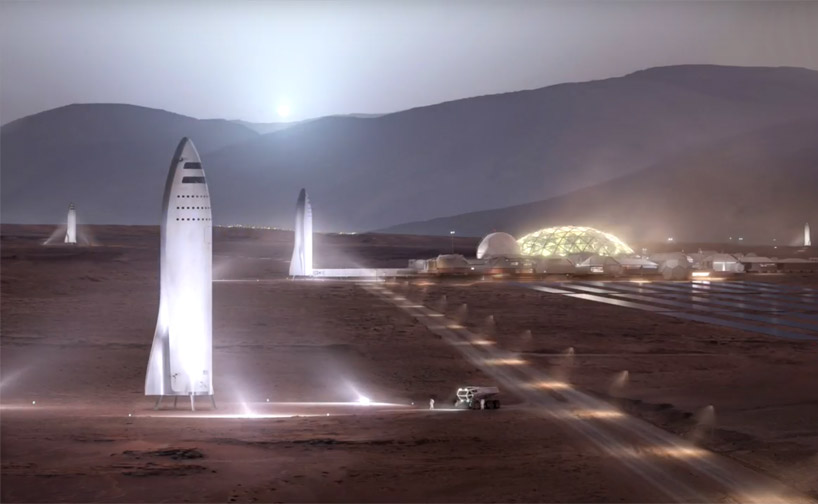 an artist’s impression of the mars colonization

said to hold around 100 passengers, spaceX’s BFR will offer the capacity to establish a moon base, as well as a colony city on mars. by 2024, four of these spacecrafts – two of which will be for crews – will be sent to the red planet. the settlers will have to set up the base to prepare for future waves and thus future expansion. the rockets will also provide cargo for the international space station and a new lunar station in the preceding years. 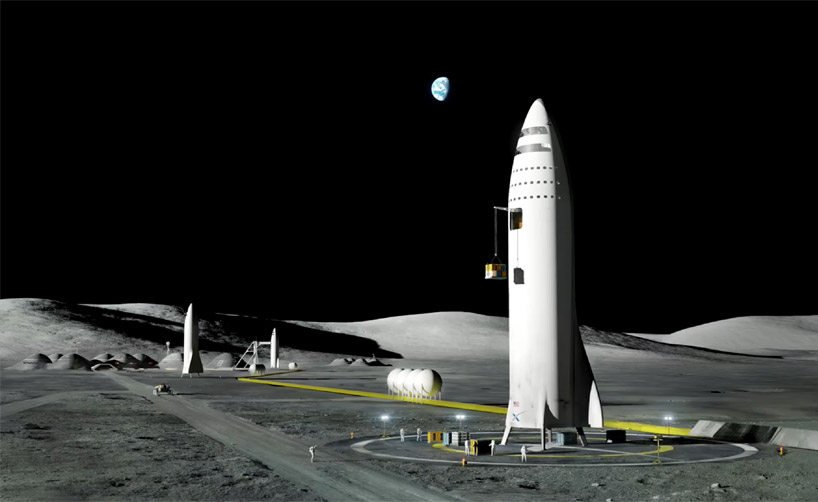 the BFR will provide cargo for a new moon base 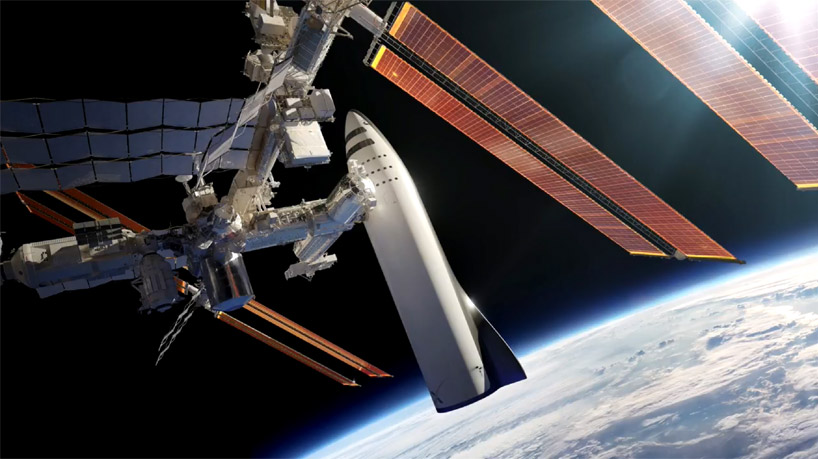 as well as materials and crew for the ISS 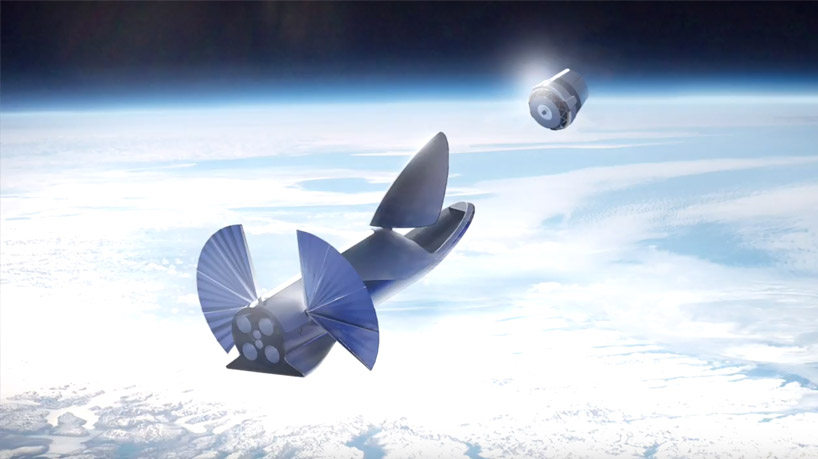 a rendering of the BFR’s launch and deployment 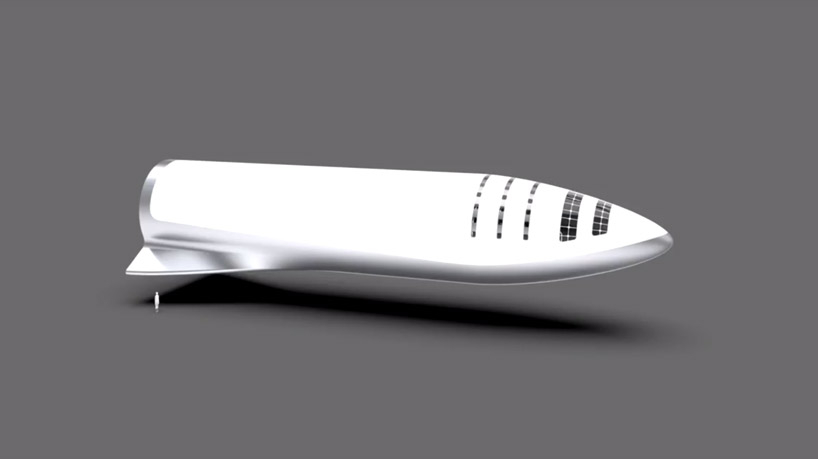 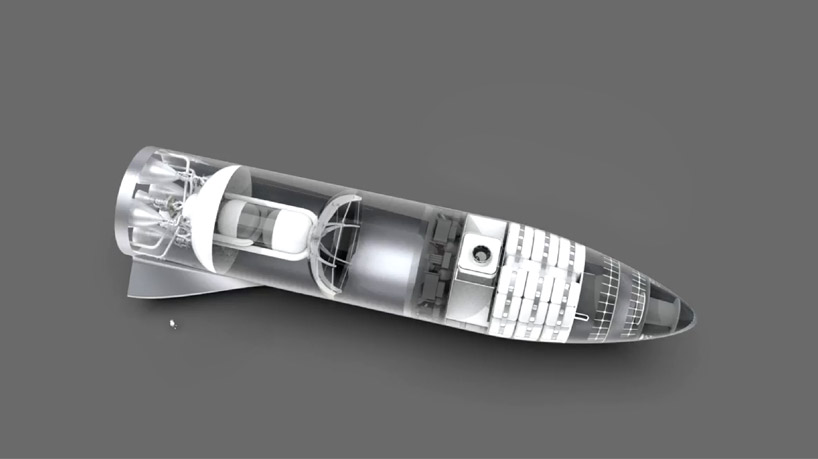 the new rocket is larger in capacity and power