entrepreneur and multi-billionaire elon musk has ambitious plans for public transportation in the US, and the world. since its formation in 2016, musk’s the boring company has completed a test tunnel at the spaceX HQ in california, the LVCC loop in las vegas, and its even begun construction on a 29-mile long ‘vegas loop’ with 51 stations. now, the company has set its sights on miami with news of a submitted proposal for a 6.2-mile tunnel system revealed today by business insider.

the boring company’s miami expansion was first hinted at the beginning of 2021 when elon musk tweeted in january, ‘cars & trucks stuck in traffic generate megatons of toxic gases & particulate, but @boringcompany road tunnels under miami would solve traffic & be an example to the world.’  talks with the mayor of miami francis suarez followed and the pair then met in las vegas to see the boring company’s tunnels in action. ‘modern problems require modern solutions and the city of miami will explore every possible avenue for improving the quality of life of our citizens,’ said suarez. 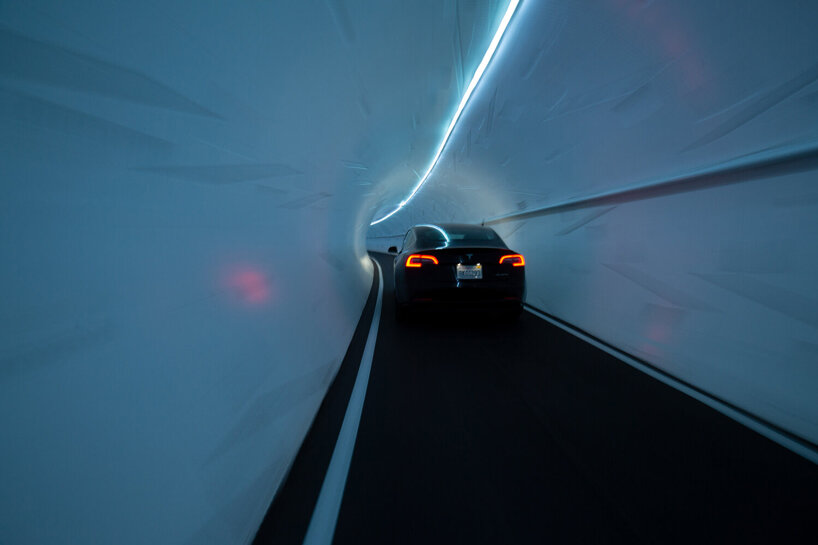 image courtesy of the boring company

the boring company’s mission is to solve ‘soul-destroying traffic’ and enable low-cost public transportation in which passengers are transported directly to their final destination with no stops along the way. by going underground, the tunnels minimize surface impact and the usage of valuable surface land. they also don’t conflict with existing transportation systems and the company says it will allow for easier expansion in the future.

using tesla vehicles, the loop transit system is all-electric and zero-emissions, and it will run autonomously too. sample journey times from the las vegas loop, which is currently in construction, say the 4.9 mile trip from the international airport to las vegas convention center will take just 5 minutes and cost $10. the company’s first commercially operating loop system is the LVCC loop, located at the las vegas convention center. it comprises three stations and 1.7 miles of tunnel, and it cost approximately $47M to build.

check out the twitter video below to see the LVCC loop in action and stay tuned as we keep you updated with the boring company’s miami expansion. 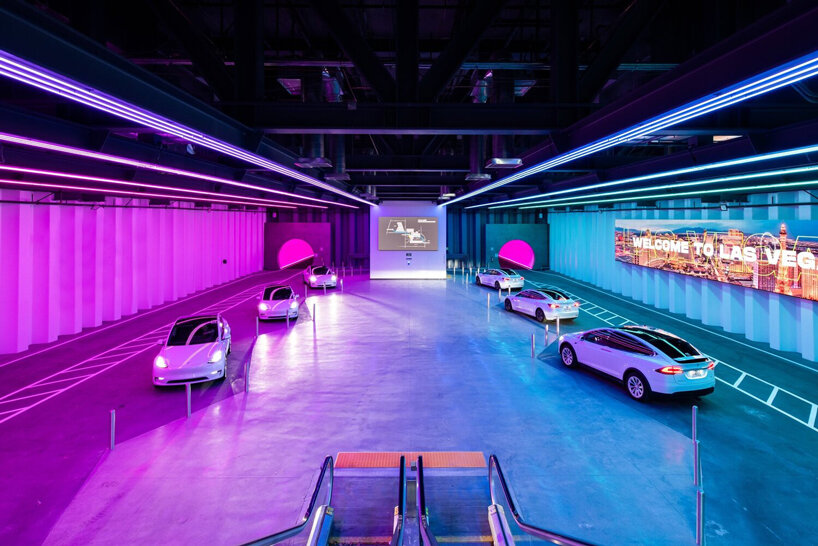 Another #ces2022 highlight: grabbing @elonmusk‘s @boringcompany Vegas Loop and being driven underground by #Tesla between the Las Vegas Convention Center halls.
Interesting pre-Hyperloop proof of concept.
About closest I’ll be getting to a club this week!#VegasLoop @Tesla @LVCC pic.twitter.com/7MFT6si8NR