the ’emirai’ system designed by mitsubishi offers an intuitive dashboard and user interface concept, for planned use in its future vehicles within the next ten years.

the design overthrows the convention of a flat LCD instrument panel, utilizing instead a rear-projection curved surface touch display. an unusually shaped steering wheel features 18 buttons on two keypads. at any given time, only the buttons that can be interacted with at that moment are raised, while the rest are retracted into the device. sliding one’s figure over the buttons changes what information is displayed on the dashboard.

the system also features a touch display to the right of the steering wheel that users can use to handwrite letters and characters for input, here optimized for a japanese implementation. a personal identification system– making use of facial temperature and heart-rate measurements– is used for safety monitoring and to automate the transition to user-specific seat and mirror position settings.

embedded into the back of the driver seat as well as the rear side panel are curved, glasses-free 3D touchscreens. in addition, as the system is designed for implementation within electric vehicles, there is an option accessible via the dashboard to select a fake engine noise in order to alert pedestrians of the vehicle’s approach. 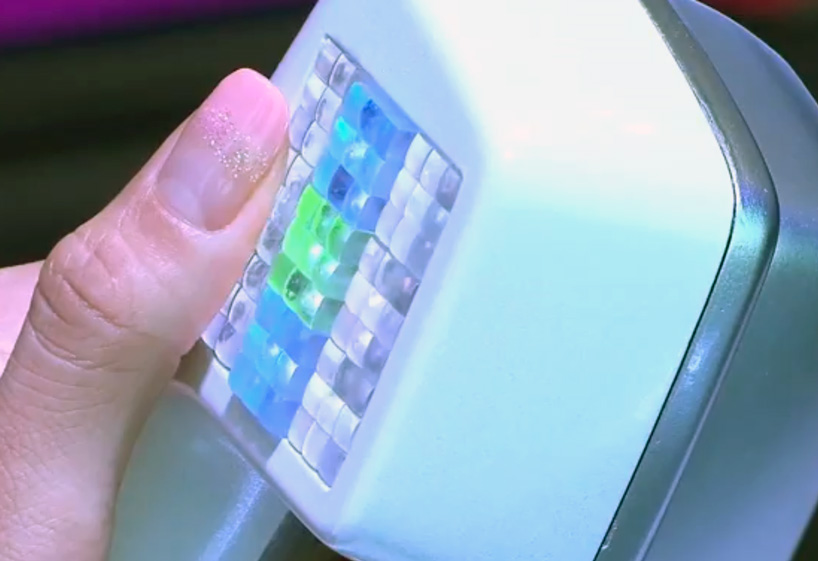 detail view of the keypad, whose buttons raise and lower automatically to reflect possible selection options 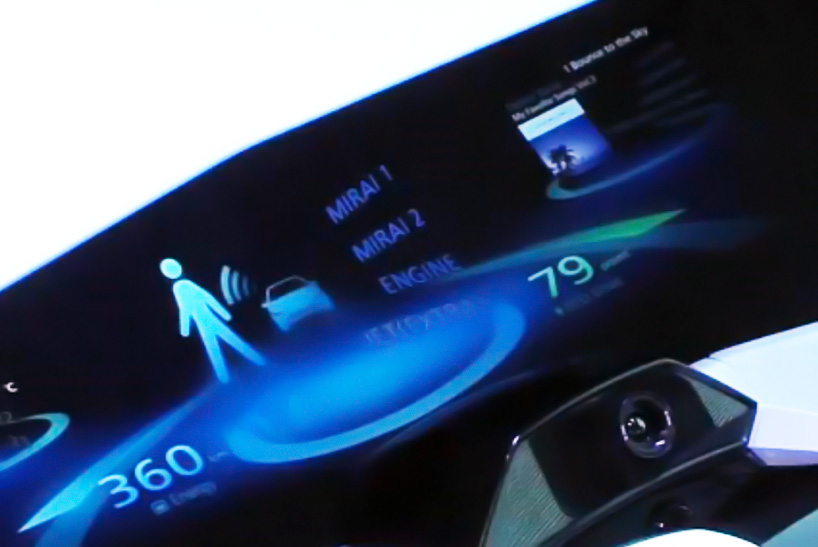 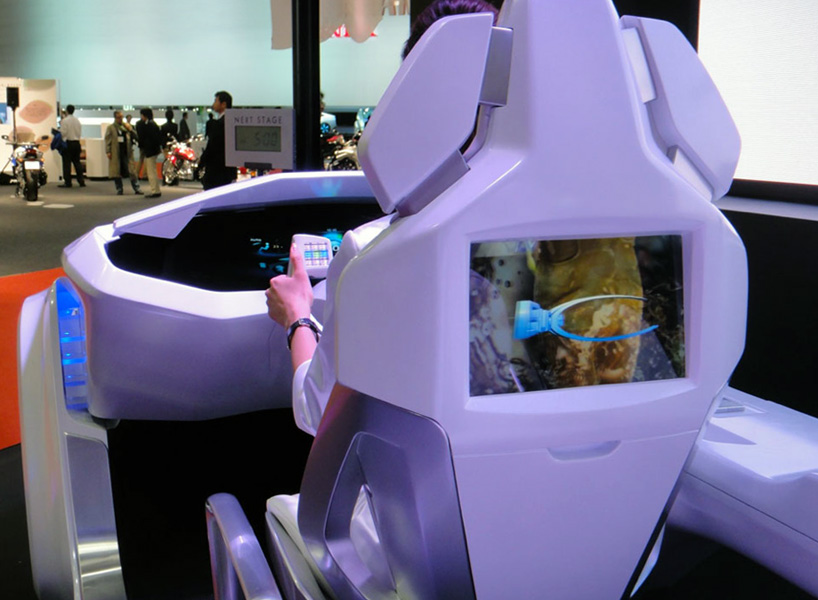 curved, glasses-free 3D entertainment screens are embedded into the rear of the seat and rear side panel 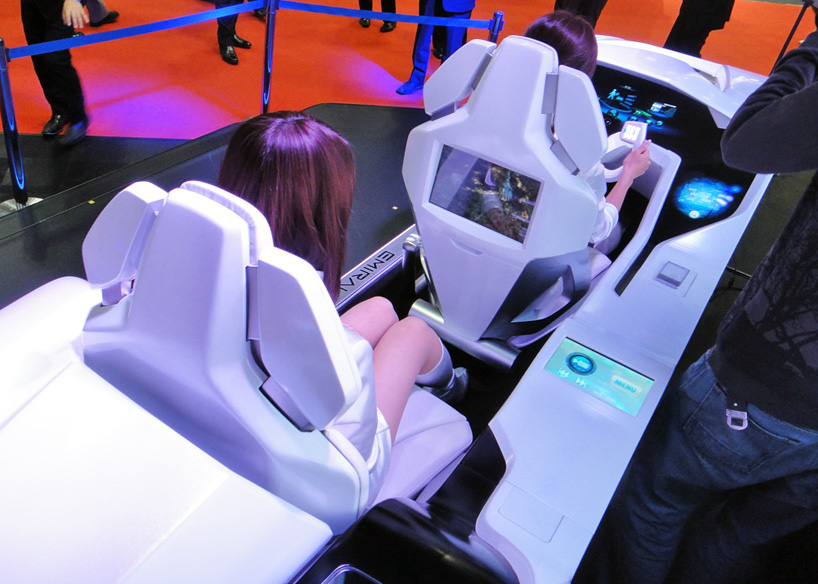 view of interior as seen from behind