a group of researchers at the georgia institute of technology have unveiled a new way to tap into the over-capacity of 5G networks — they have turned them into a wireless power grid that can power IoT devices that currently need batteries to operate. the result is a flexible rotman lens-based rectifying antenna (rectenna) system capable, for the first time, of millimeter-wave harvesting in the 28-GHz band.

overall, 5G has been designed to generate blazing fast and low-latency communications. to do so, mm-wave frequencies were adopted and allowed unprecedentedly high radiated power densities. this has resulted in a wireless power grid capable of powering devices at ranges far exceeding the capabilities of any existing technologies. the only problem is that this could only be achieved if a fundamental trade-off in wireless energy harvesting could be circumvented.

‘we’ve solved the problem of only being able to look from one direction with a system that has a wide angle of coverage,’ said senior researcher aline eid in the ATHENA lab. ‘people have attempted to do energy harvesting at high frequencies like 24 or 35 gigahertz before,’ eid continued, but such antennas only worked if they had line of sight to the 5G base station; there was no way to increase their angle of coverage until now. 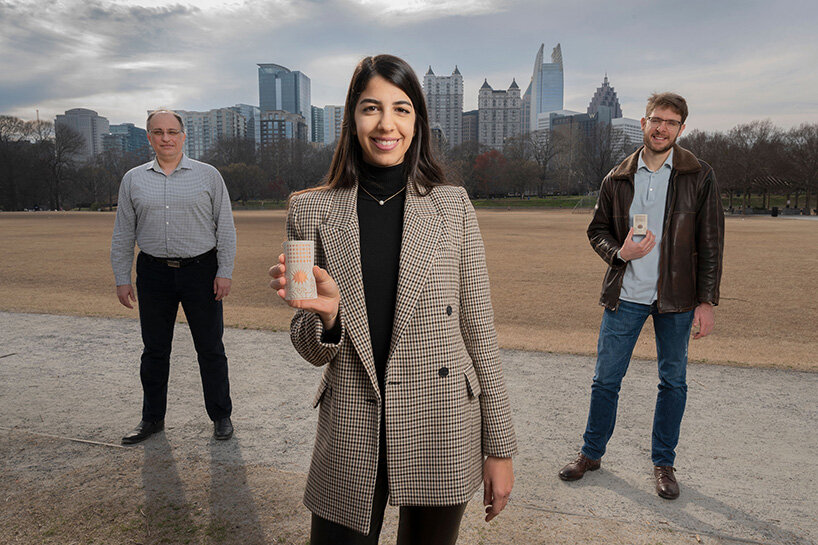 operating just like an optical lens, the rotman lens provides six fields of view simultaneously in a pattern shaped like a spider. tuning the shape of the lens results in a structure with one angle of curvature on the beam-port side and another on the antenna side. this enables the structure to map a set of selected radiation directions to an associated set of beam-ports. the lens is then used as an intermediate component between the receiving antennas and the rectifiers for 5G energy harvesting.

‘with this innovation, we can have a large antenna, which works at higher frequencies and can receive power from any direction. it’s direction-agnostic, which makes it a lot more practical,’ noted jimmy hester, senior lab advisor and the CTO and co-founder of atheraxon, a georgia tech spinoff developing 5G radio-frequency identification (RFID) technology.

developed by: researchers at the georgia institute of technology 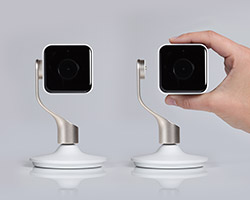