a team of engineers from purdue university in indiana, the US, has created an ultra-white paint that’s earned a guinness world record title as the whitest paint ever made. led by professor xiulin ruan, the project initially began as a way to curb climate change by developing a paint that could cool down buildings and therefore reduce the need for air conditioning.

‘when we started this project about seven years ago, we had saving energy and fighting climate change in mind,’  explains ruan in a recent podcast episode. the professor continues, ‘if you were to use this paint to cover a roof area of about 1,000 square feet, we estimate that you could get a cooling power of 10 kilowatts. that’s more powerful than the central air conditioners used by most houses.’ 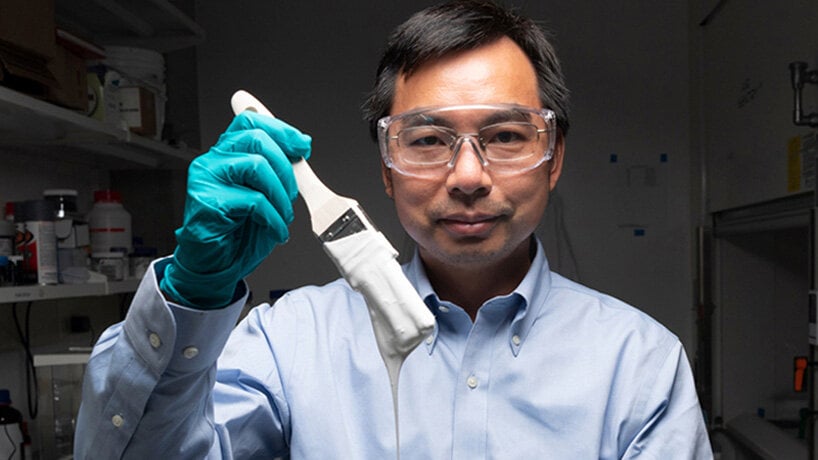 this new ultra-white paint by purdue university engineers reflects up to 98.1% of sunlight, beating the 95.5% figure of the previous whitest white. so how exactly have the researchers achieved such a high reflection rate? well, they incorporated barium sulfate particles at various sizes, allowing the paint to scatter more of the light spectrum.

‘we looked at various commercial products, basically anything that’s white,’  says xiangyu li, a postdoctoral researcher at MIT who worked on this project as a purdue PhD student in ruan’s lab. ‘we found that using barium sulfate, you can theoretically make things really, really reflective, which means that they’re really, really white.’

joseph peoples, a purdue PhD student in mechanical engineering continues, ‘a high concentration of particles that are also different sizes gives the paint the broadest spectral scattering, which contributes to the highest reflectance.’

when testing the cooling power of the paint, the team found that it could keep outdoor surfaces 19 degrees fahrenheit cooler than their ambient surroundings at night, and 8 degrees fahrenheit fresher at midday. read the full published paper here. 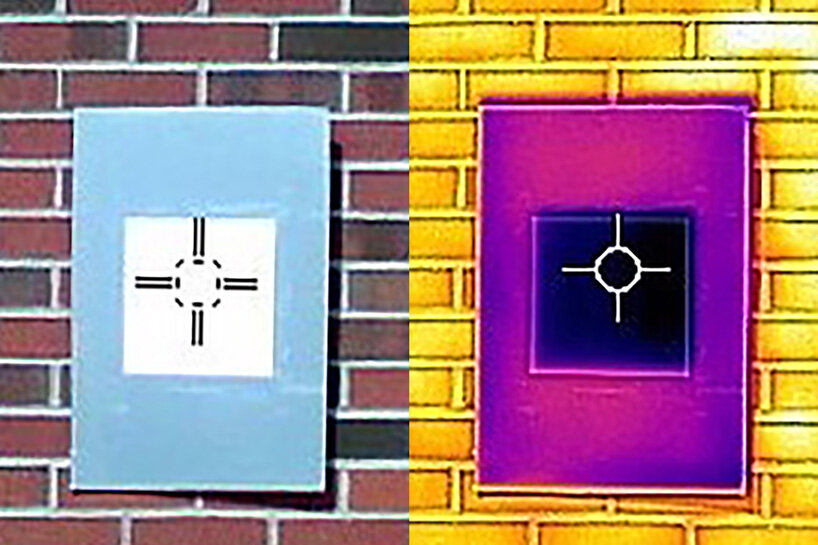 an infrared camera shows how a sample of the whitest white paint (the dark purple square in the middle) actually cools the board below ambient temperature, something that not even commercial ‘heat rejecting’ paints do