France-based company Eolink devises a pyramid-shaped floating wind turbine that generates more energy, thanks to its flexible and longer blades. The pyramid structure helps with the production of energy since, compared to a single mast that a few commercial companies have been toying, Eolink’s floating pyramid wind turbine has four masts supporting its three long and pointed blades. As the company shares, the longer the blades, the more energy it can capture, which the team has quantified to up to 10 percent more.

The structure also reduces the number of steel materials up to 30 percent, making the floating pyramid wind turbine lightweight. Underneath the structure, a pallet-like material supports the pyramid wind turbine and its square shape keeps the energy generator on the surface of the sea. The company states that the effectiveness of the wind turbine has been demonstrated by its two prototypes – one in 2018 and the other just this year – and shares that a 5 MW demonstrator is set to be launched in the coming years. A new prototype is set to be tested in the French Atlantic in 2024. 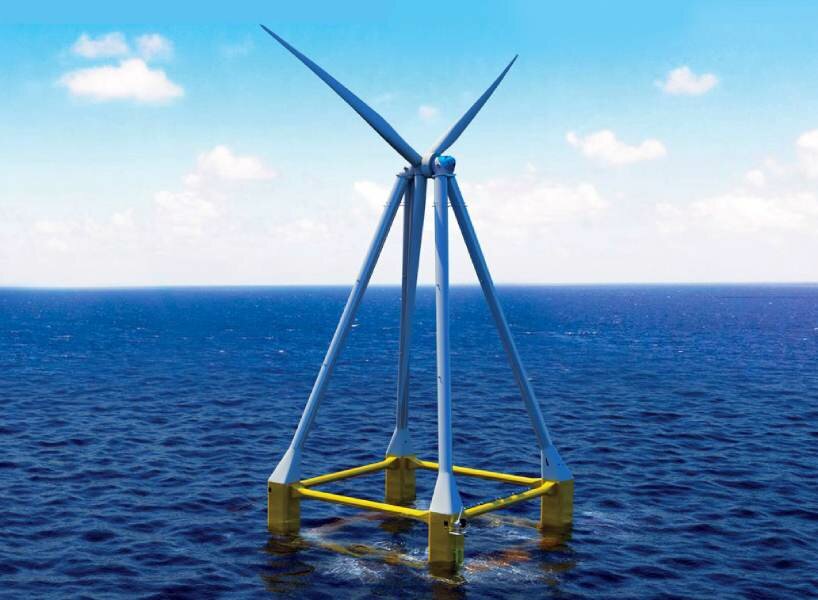 ‘When an object at sea undergoes repeated little forces, such as those waves, the structure is gradually damaged. This fatigue phenomenon is modeled during design. Eolink’s structure does not present any highly constrained areas thanks to the distribution of forces between the 4 masts, unlike the mast foot of conventional architectures,’ the team writes. 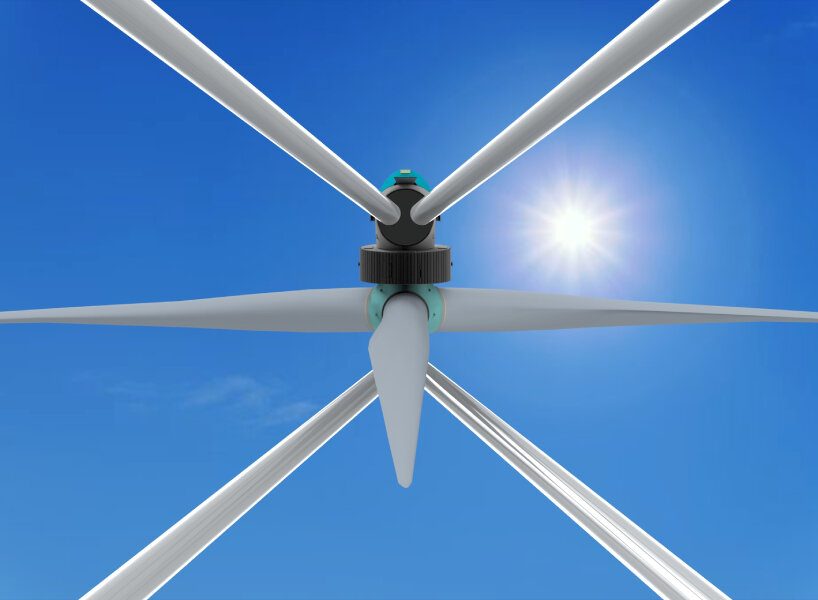 close-up of the blades

Eolink also explains that the reason its floating pyramid wind turbine captures more energy lies in the design concerning the blades. When the length of the blades get weighed down, a cyclic inertial fatigue occurs, which can slow down the rotation of the blades and produce less energy.

The Eolink team then looks into crafting more flexible blades. They want to make sure that the blades don’t brush against the structure’s masts, which can lead to the whole structure sinking, falling, or colliding with the tower. With four masts supporting the pyramid wind turbine, the three blades of Eolink’s offering are long and strong, a feature that helps become a better energy creator. 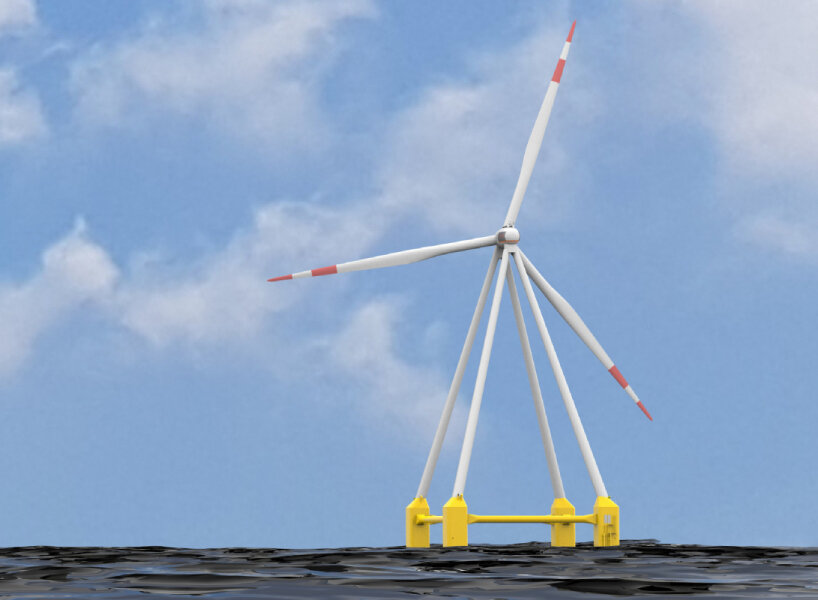 the blades don’t collide with the masts 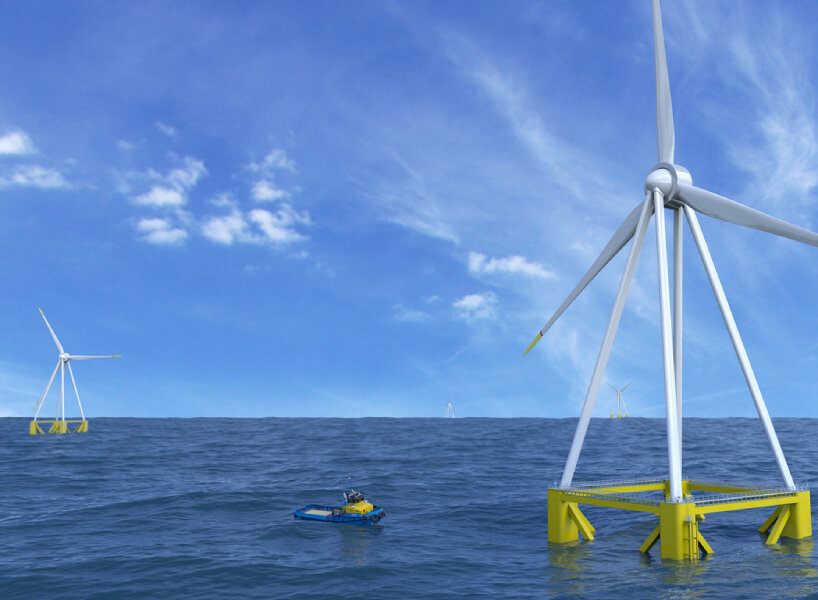 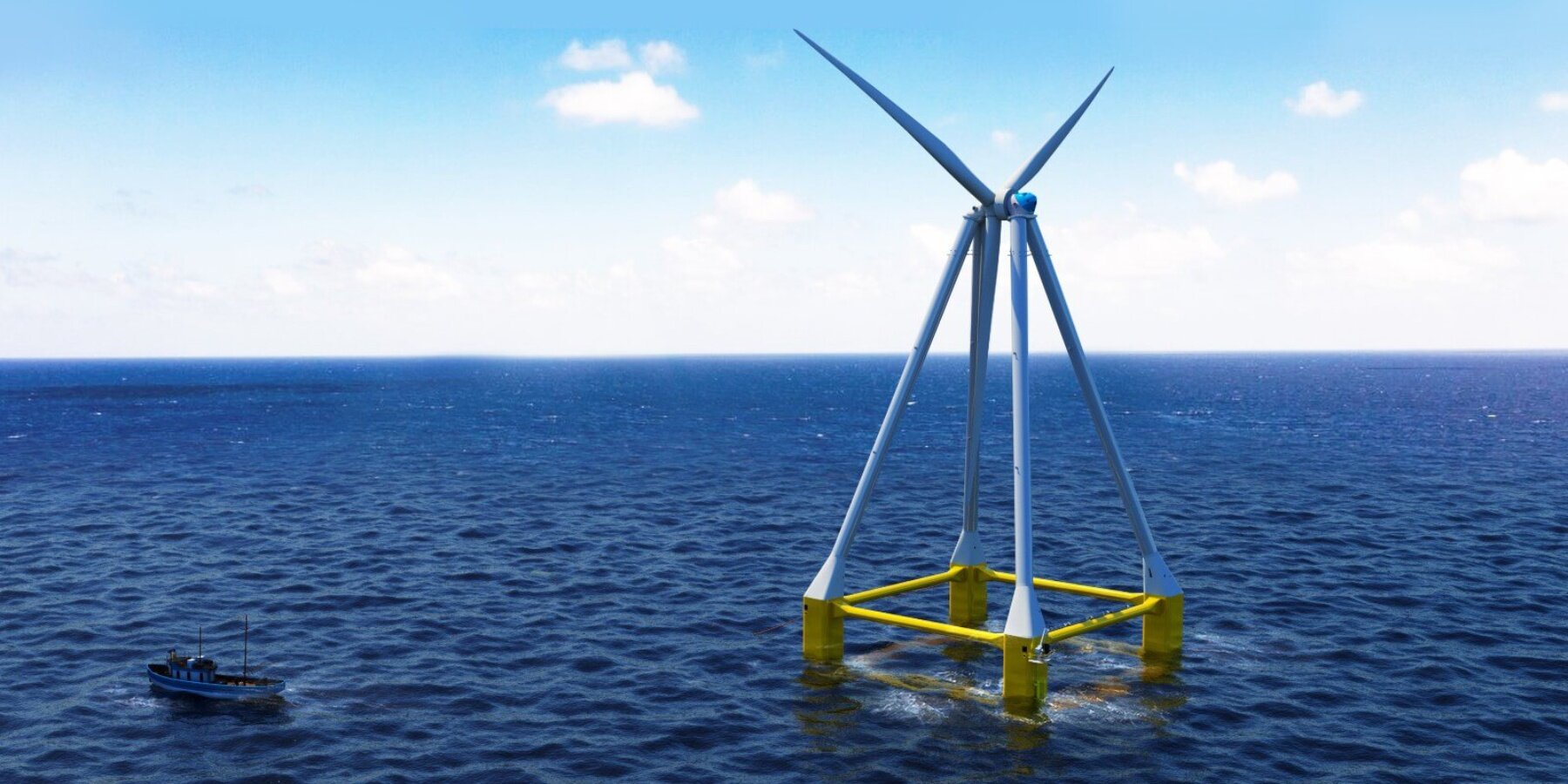