éric nado has disassembled antique and vintage typewriters and has transformed them into machine guns. the quebec artist who has named the series ‘metra littres’, elicits a reflection on the strength of words that surpasses that of weapons and their impact over time. 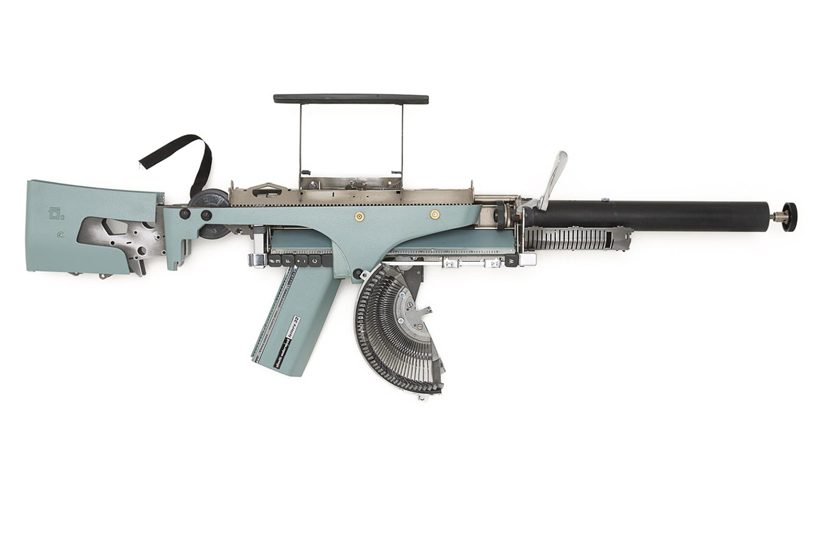 the non-functioning typepwriter guns by éric nado reflect the intricate nature of both machines, creating a sculptural and compelling series. both artistic and conceptual, the project encourages the viewer to reflect on the impact of words, their meanings, and their power to work as a destructive force. 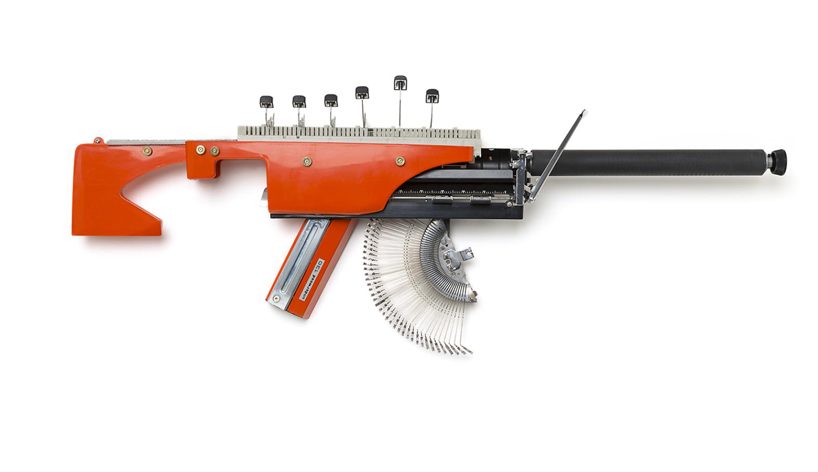 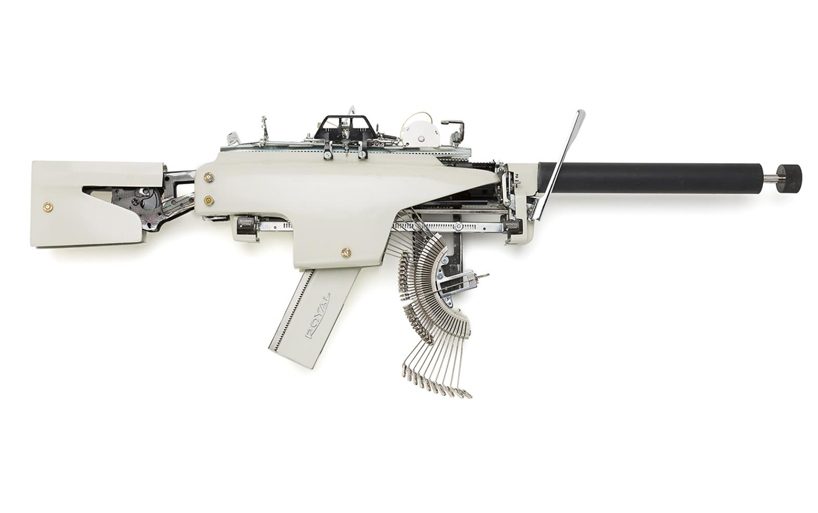 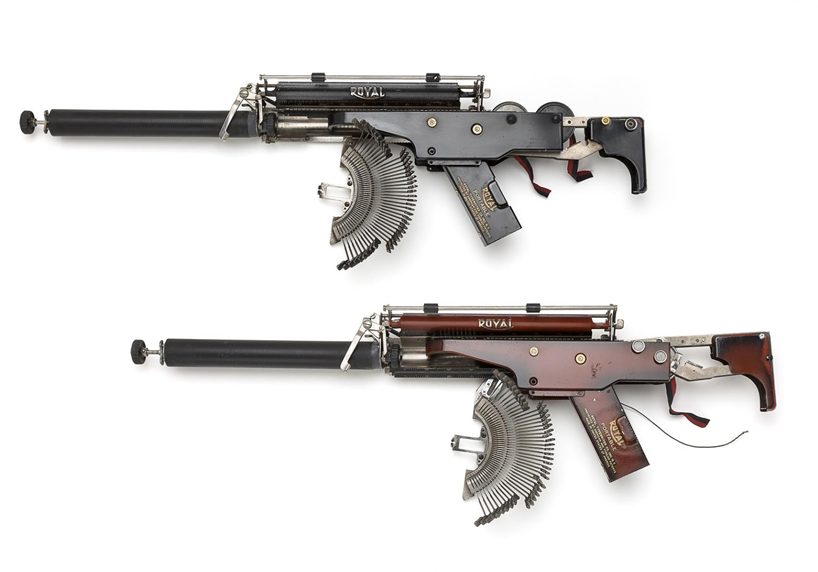 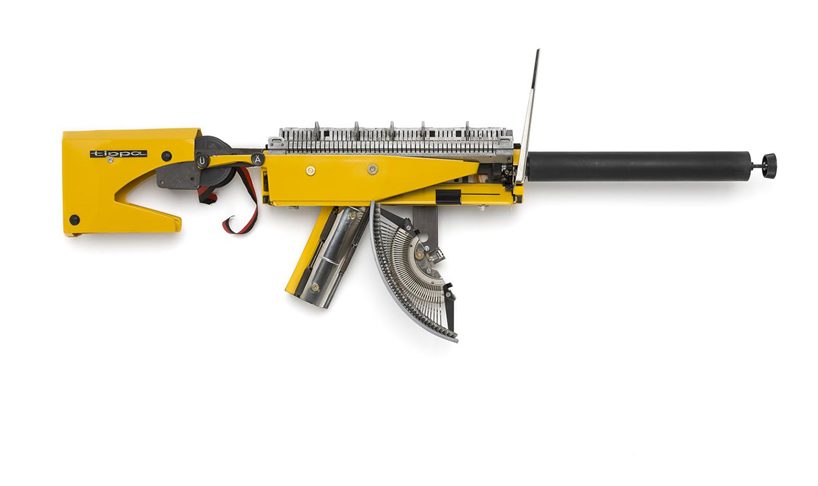 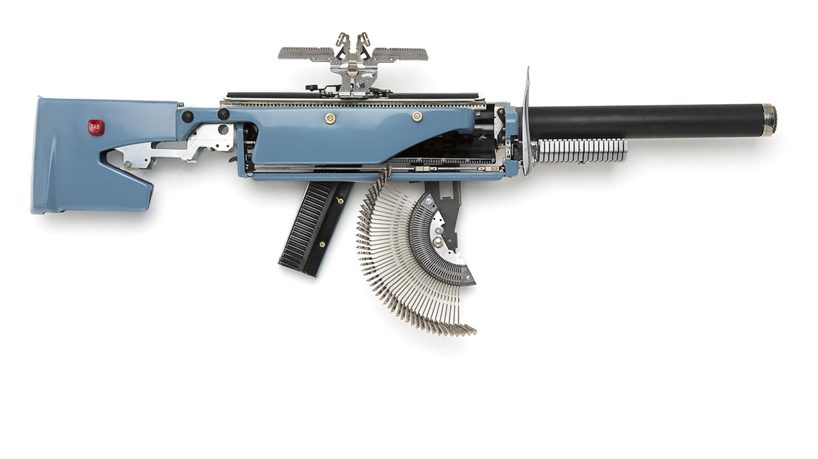