ES7 SUV, the new release from the Chinese car company NIO, can compete with Tesla through its offerings of 10 drive modes, a digital cockpit, and autonomous driving to name a few. NIO’s car design touches on a watchtower-sensor layout and a progressive take on the lights as it features NIO Double-Dash daytime running lights with a three-dimensional design and dual-beam LED headlights. The exterior sources its inspiration from sports cars through its pronounced feature lines on the hood, forward Shark Nose, and sleek aero fillets. The fluid beltline, sculptural side skirt, and sporty wheel arch outline of the electric car also add to its overall sleek contours and look.

Going behind the car, its wing-shaped taillight consists of 202 crystal-cut LED modules densely arranged and is individually controlled to compose sweeps resembling flapping wings, as NIO puts it. The ES7 runs on NIO Digital System Banyan, NIO’s second-generation digital cockpit, represents an upgrade in computing power, graphics processing, and multimedia processing. The driverless car boasts in-car mobile connectivity and communication, including 5G, V2X, Bluetooth 5.2, Wi-Fi 6, UWB, and NFC. There is also a 12.8-inch AMOLED center display with high contrast and wide color, designed to resemble a floating display with its ultra-slim frame that fits perfectly into the interior. 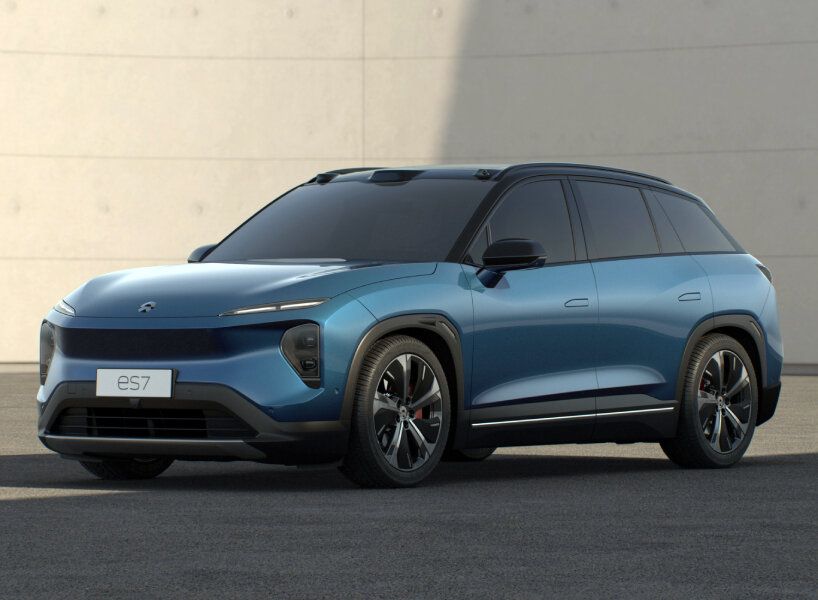 The ES7 supports ten drive modes, including five basic and scenario-based modes named Snow, Sand, Wet, Easy Pass-Through, Trailer, Eco, and Custom. Entering and exiting the car invokes graces with a gentle pull on the flush door handle and soft-close door. The acoustic glass used for the front windshield and windows in both rows drown out the noises from the outside, creating a still ambient inside, and sunset speeding and soft-daylight riding become amplified with the sunroof having an openable length of up to 707 mm.

NIO says that ES7 SUV can be the riders’ second living room as the company brings contemporary elements of the modern home and natural vibes into its space of deep reassurance where the open and cocooning feeling, as well as the pure and well-organized structure, come together. The SUV’s layout makes full use of every inch to create an open and unobstructed space, and its headroom, legroom, and flat floor offer more space for comfortable sitting and even a stretch while on the road. The ES7 also boasts generous trunk space with a maximum volume of 658 liters, making it ideal for getaways and long road trips, and with the rear seats folded flat, the trunk has a length of up to 1,880 mm, creating more flexibility in the space. 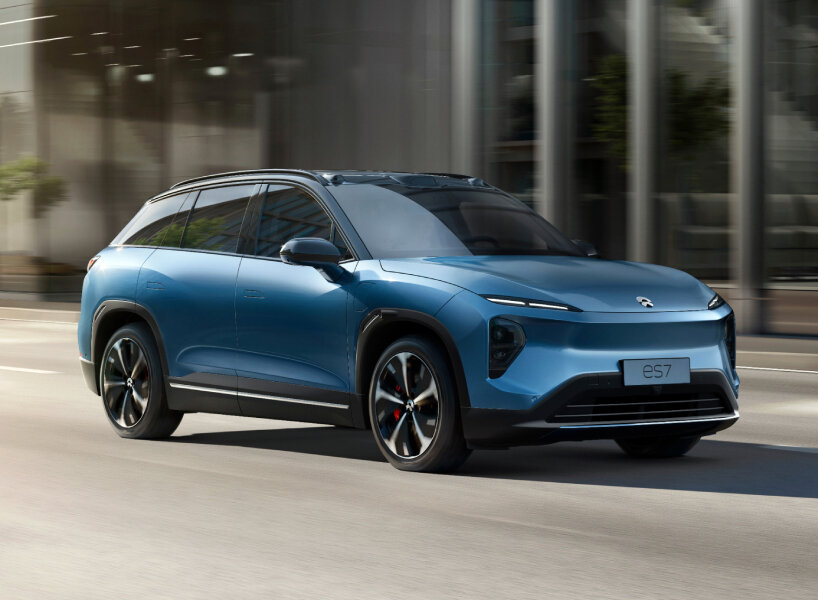 Making cars a safe and flexible mobile living space is NIO’s vision, so from maps and localization to perception and algorithms, NIO Autonomous Driving is enabled by NIO’s full-stack autonomous driving capabilities and will gradually cover expressways, urban areas, parking, and battery swapping to further free up time and reduce accidents for a safe and relaxing autonomous driving experience from point A to point B. 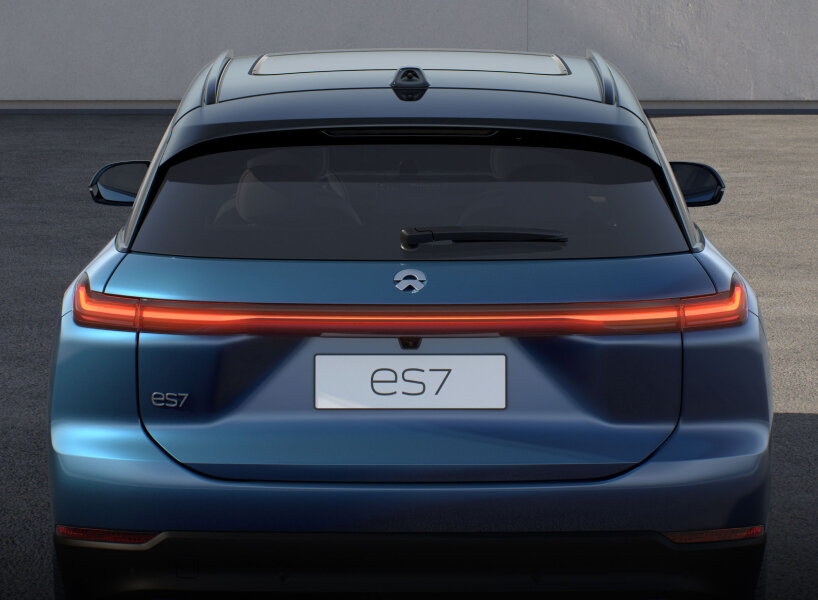 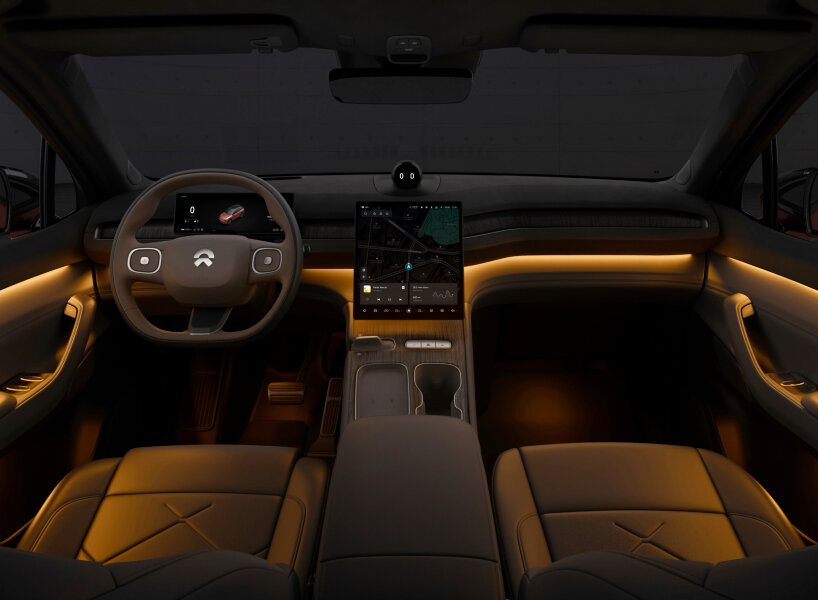 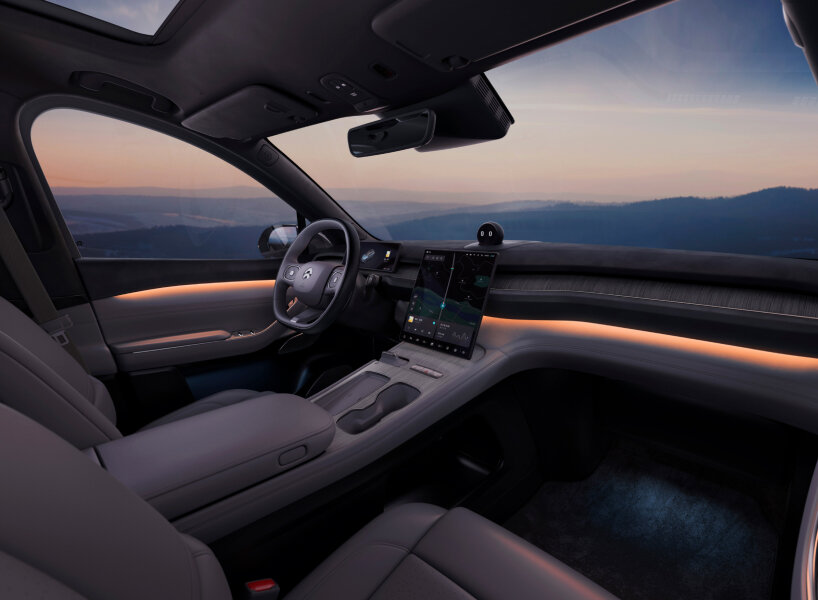 the SUV has spacious interior and floor area 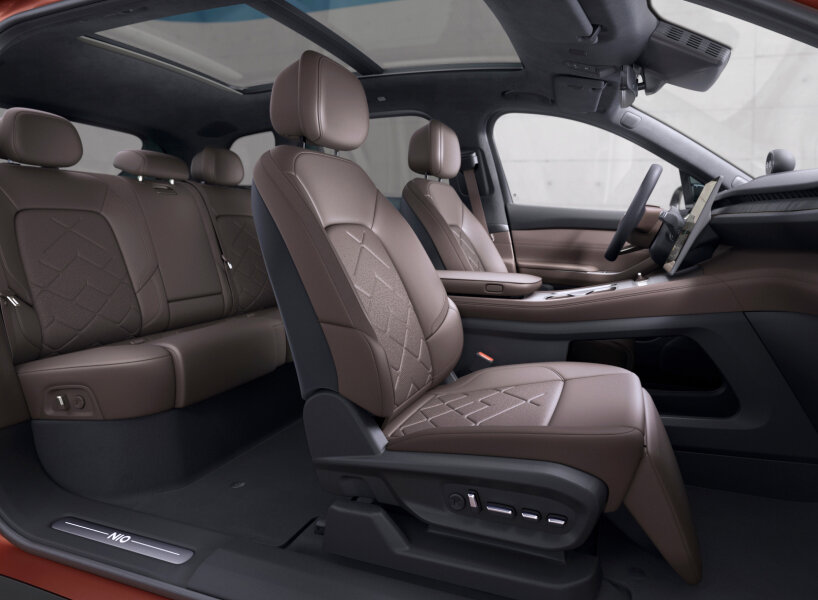 it has ample space for the legroom too 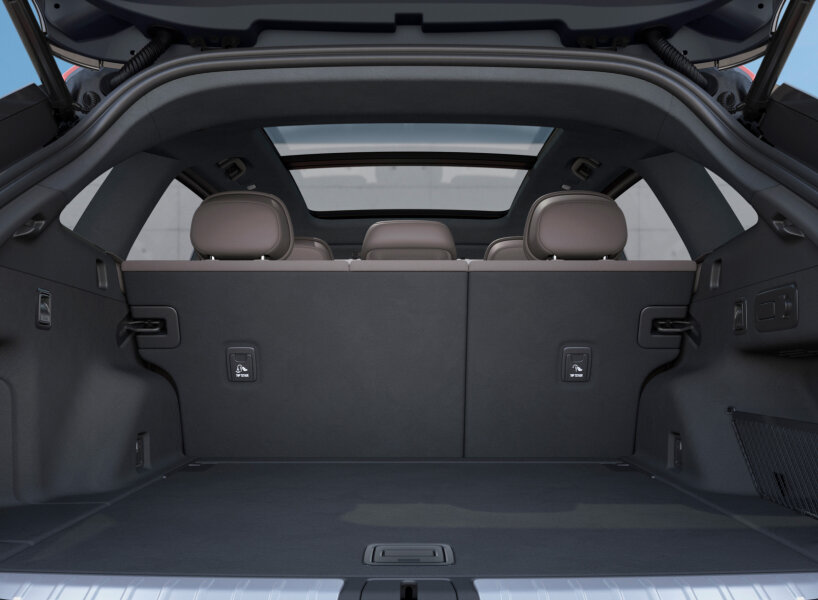 a surfboard can fit in the trunk with its size 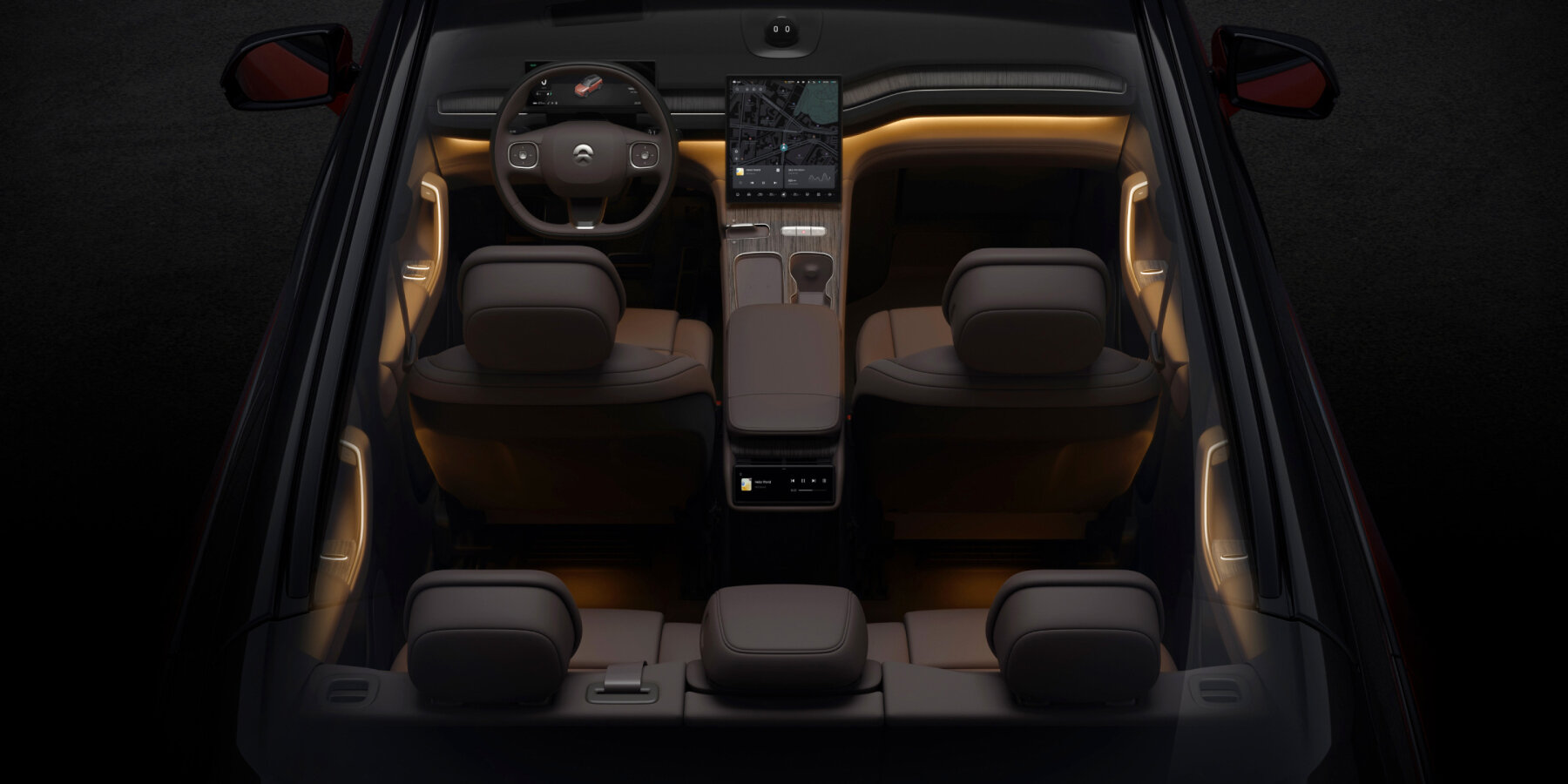