the european space agency has commissioned the world’s first mission to recover a piece of space debris on orbit, planned for launch in 2025. the space agency’s ministerial council consortium awarded a service contract to a consortium led by swiss startup clearspace.

called ‘clearspace-1’, the mission involves intercepting and collecting a rocket upper stage from a previous ESA mission as part of a project to jump-start the market for the servicing and disposal of orbiting payloads. the mission will target the vespa (vega secondary payload adapter) upper stage left in an approximately 800 km by 660 km altitude orbit after the second flight of ESA’s vega launcher back in 2013.

‘this is the right time for such a mission,’ says luc piguet, founder and CEO of clearspace. ‘the space debris issue is more pressing than ever before. today we have nearly 2000 live satellites in space and more than 3000 failed ones.’

‘and in the coming years the number of satellites will increase by an order of magnitude, with multiple mega-constellations made up of hundreds or even thousands of satellites planned for low earth orbit to deliver wide-coverage, low-latency telecommunications and monitoring services. the need is clear for a ‘tow truck’ to remove failed satellites from this highly trafficked region.’ 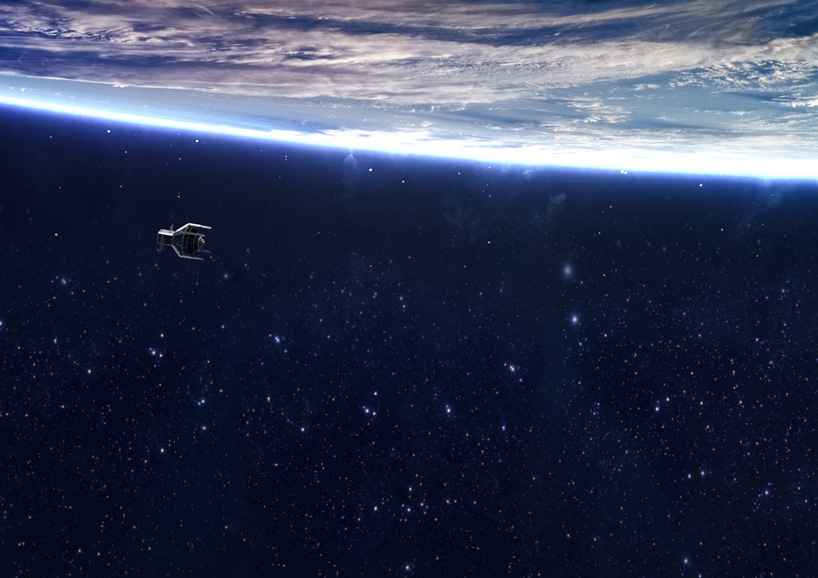 launching in 2025, clearspace-1 will use robotic arms to capture part of a vespa upper stage leftover from ESA’s second vega launch in 2013

with a mass of 100 kg, the vespa is close in size to a small satellite, while its relatively simple shape and sturdy construction make it a suitable first goal, before progressing to larger, more challenging captures by follow-up missions – eventually including multi-object capture.

‘imagine how dangerous sailing the high seas would be if all the ships ever lost in history were still drifting on top of the water,’ says ESA director general jan wörner. ‘that is the current situation in orbit, and it cannot be allowed to continue. ESA’s member states have given their strong support to this new mission, which also points the way forward to essential new commercial services in the future.’ 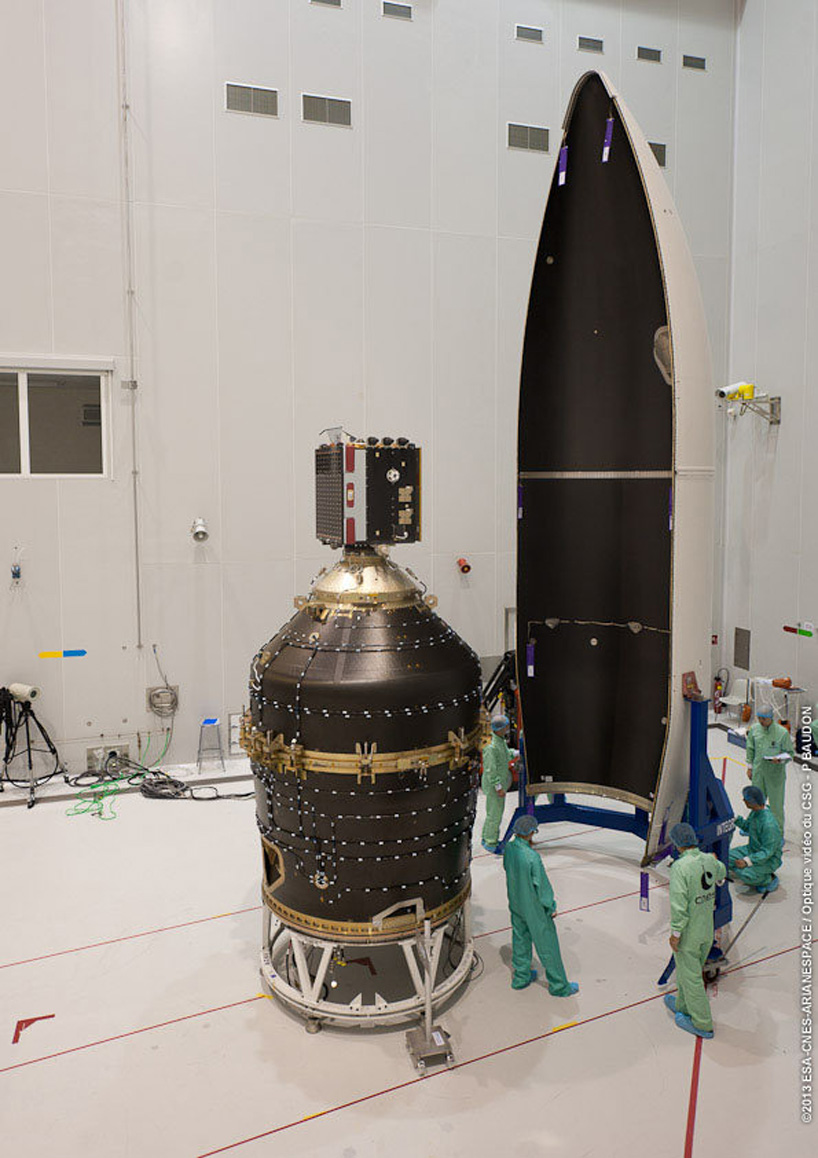 ‘even if all space launches were halted tomorrow, projections show that the overall orbital debris population will continue to grow, as collisions between items generate fresh debris in a cascade effect,’ says luisa innocenti, heading ESA’s clean space initiative. ‘we need to develop technologies to avoid creating new debris and removing the debris already up there.’

‘NASA and ESA studies show that the only way to stabilise the orbital environment is to actively remove large debris items. accordingly we will be continuing our development of essential guidance, navigation and control technologies and rendezvous and capture methods through a new project called active debris removal/ in-orbit servicing – adrios.’

‘the results will be applied to clearspace-1. this new mission, implemented by an ESA project team, will allow us to demonstrate these technologies, achieving a world first in the process.’

the clearspace-1 ‘chaser’ will be launched into a lower 500-km orbit for commissioning and critical tests before being raised to the target orbit for rendezvous and capture using a quartet of robotic arms under ESA supervision. the combined chaser plus vespa will then be de-orbited to burn up in the atmosphere.