essential has teased its second smartphone: a narrow device that looks like a TV remote. dubbed ‘project gem’, the company released images of the prototype on twitter, showcasing an elongated display with a tall UI and card-like apps. 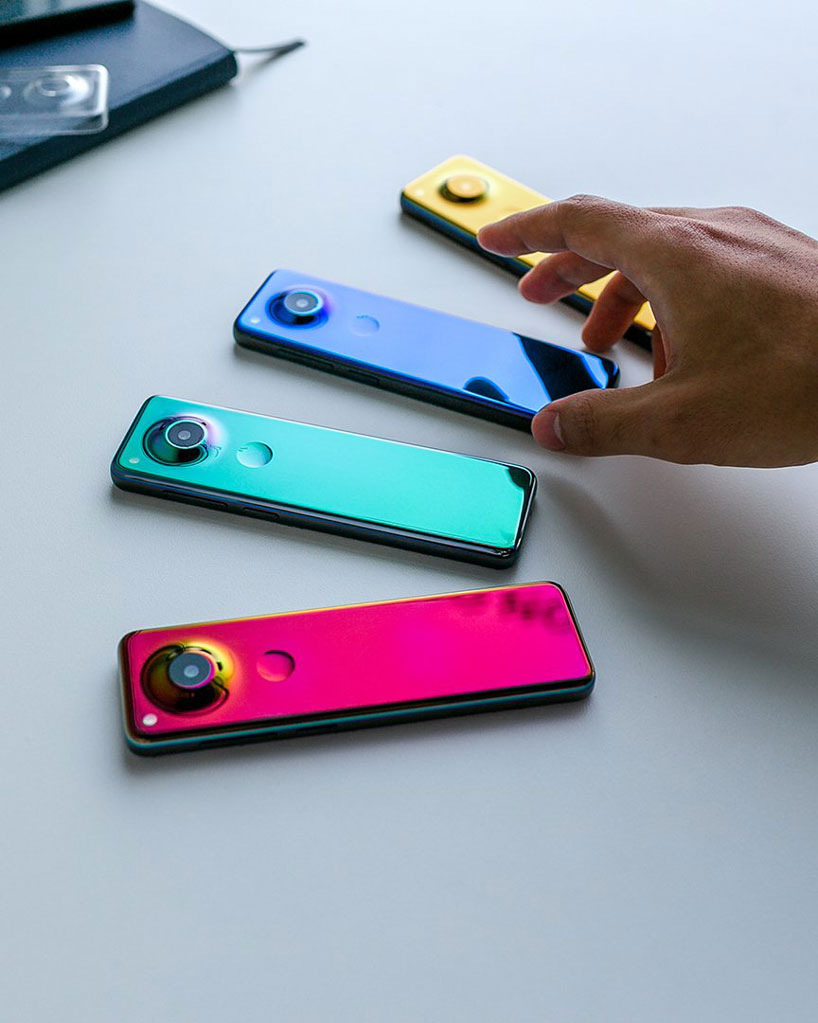 essential hasn’t provided much detail on the smartphone, which currently in its early testing phase. the two images posted on twitter show four brilliant colors with a camera centered near the top of the back and what may be a center fingerprint sensor. 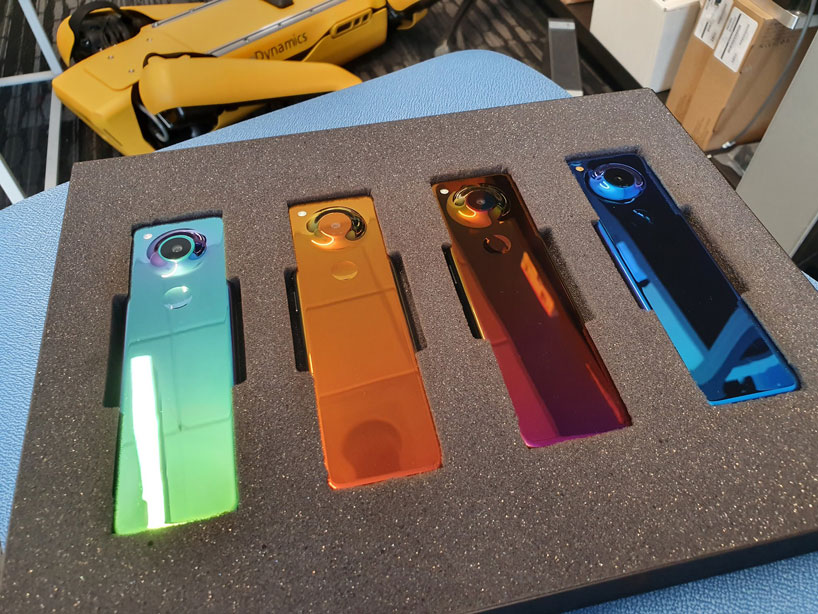 the narrow dimensions of ‘project gem’ allows it fits between the thumb and forefinger. on the front, there is a long full-screen display and there are two buttons on the right side that are likely power and volume buttons. essential also showed off the phone’s back, which uses eye-catching colorshift finishes that change hue slightly at different angles. 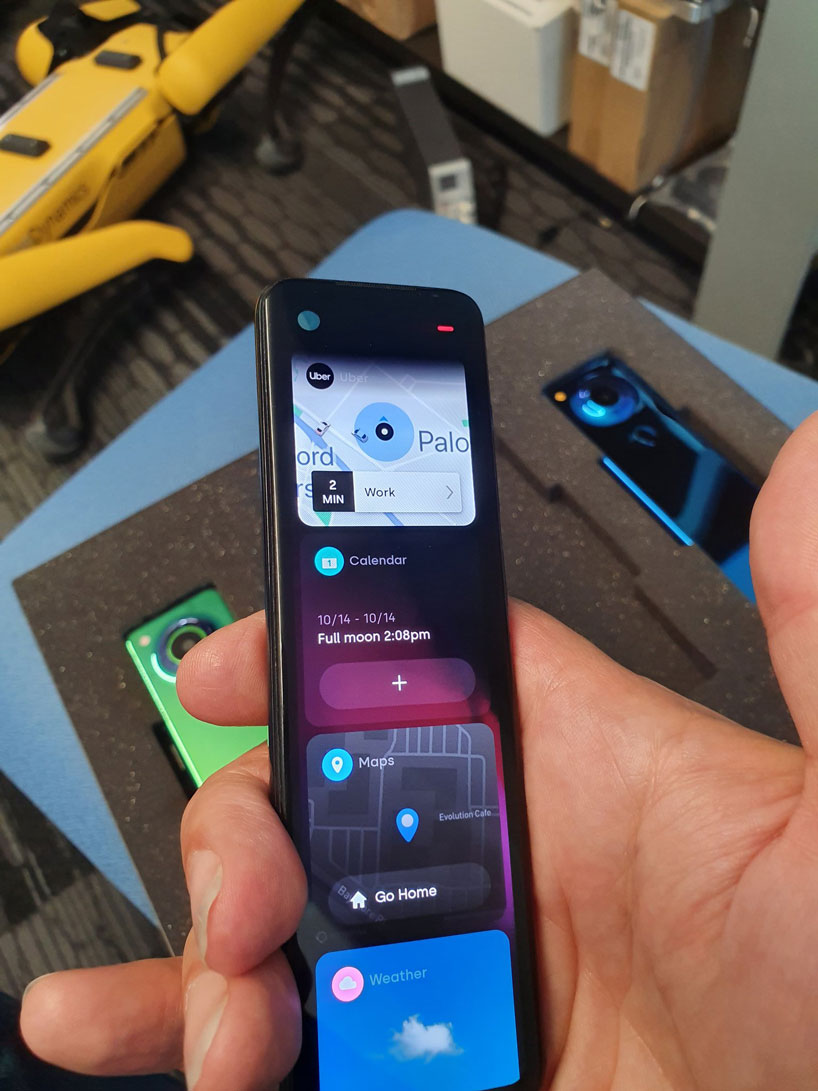 a 2018 report from bloomberg said essential’s next phone would ‘have a small screen and require users to interact mainly using voice commands, in concert with essential’s artificial-intelligence software.’ that could well be the case considering the limitations a screen of this size could have. 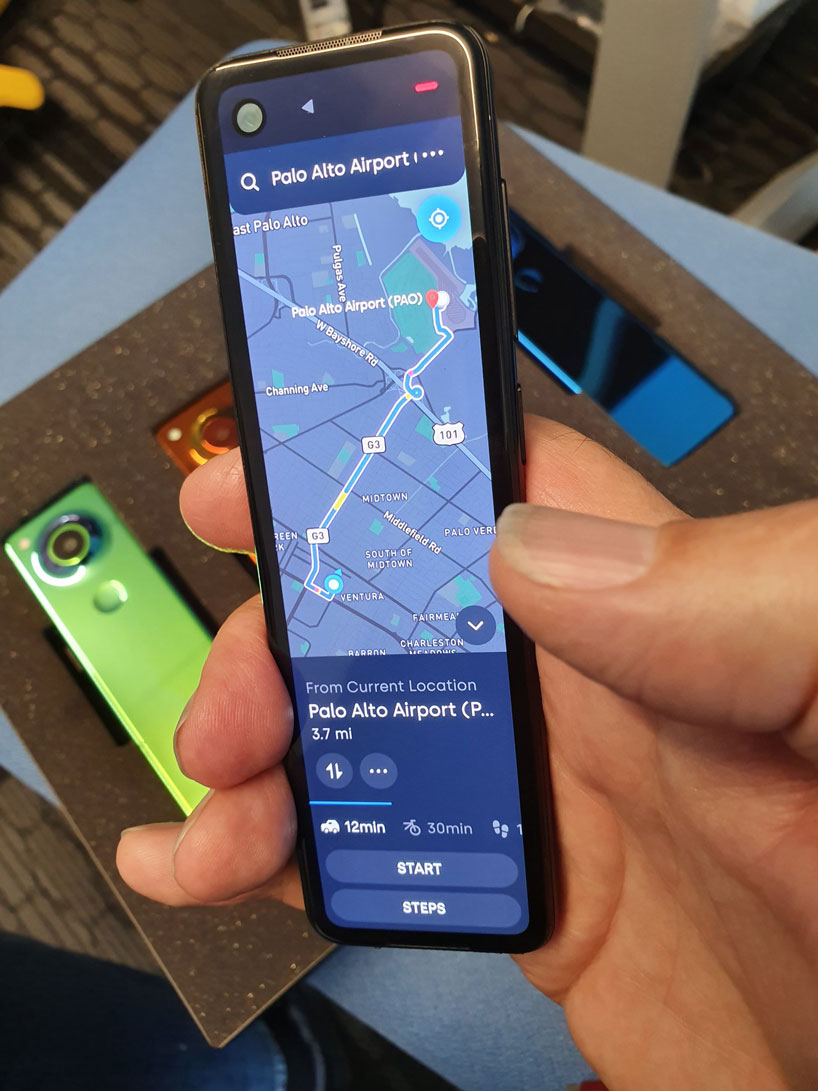 it is likely that the device is running an earlier version of android. the prototype is connected to AT&T with LTE, and uses a home page of widgets to provide easy access to features like maps, spotify, phone, camera, messages, and gallery.