comprising a case and dedicated app, ‘etcher’ is an ‘etch a sketch®’ for iPad above: CAD render of the device

‘etcher‘ is an ‘etch a sketch® for the iPad’ developed by california-based peripheral and app design company ari krupnik & associates. the system comprises a special case for the iPad, as well as an ‘etch a sketch®’ application. featuring a closing door for complete enclosure, the case is modeled after the original childhood toy, featuring two knobs that control the appearance of lines onscreen. also like the original, the screen erases itself when shaken.

because of the digital nature of the images, however, ‘etcher’ also includes saving and sharing functionality for drawings, including posting the files instantly to facebook or flickr. it also automatically records timelapses of drawings created, offering users the option of saving or uploading this video.

licensed by ohio art company, owners of the ‘etch a sketch®’ trademark, the project is currently seeking funding on kickstarter, with devices expected to be in production in october 2012 if funding is met. the price is planned to be approximately 60 USD. 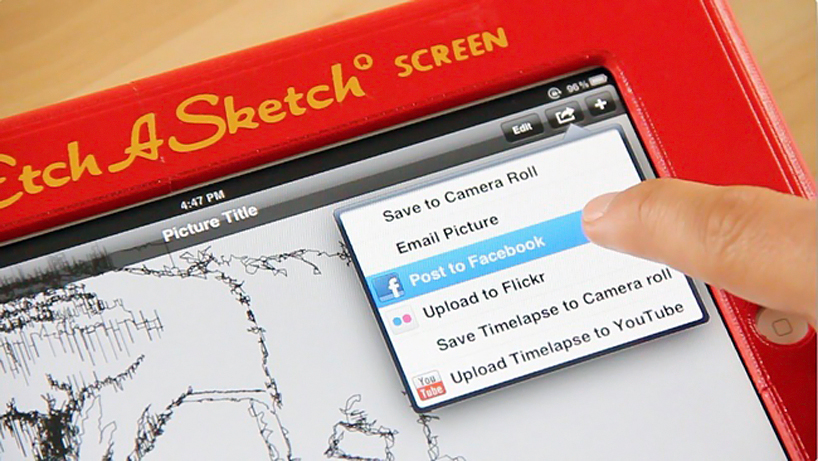 although it otherwise works like the original ‘etch a sketch®’, ‘etcher’ lets users save drawings and timelapse videos of their creation

kickstarter demo of the project 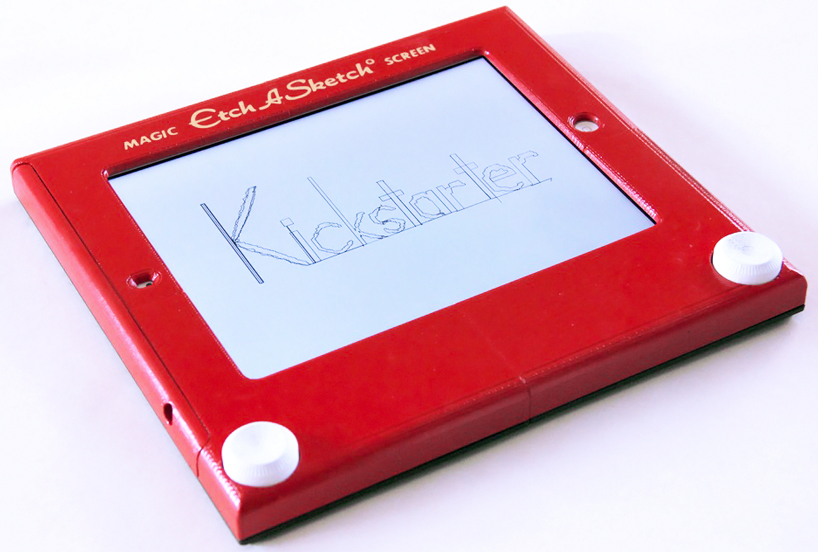 working prototype case (to be smoothed in final production) and app