Following years of research, a team at ETH Zurich has developed an ultrathin, bendable, and transparent coating that prevents glass surfaces from fogging up thanks to a nanolayer of light-absorbing gold clusters. The experiment was carried out initially on windshields and eyewear, with further applications underway.

Existing methods of managing humidity include fog sprays that evenly spread condensation with a layer of hydrophilic molecules and electric heating to clear up a car’s rear windows. This new coating, in contrast, operates without any power source by passively absorbing sunlight and converting it into heat, thus preventing fog from building up in the first place. 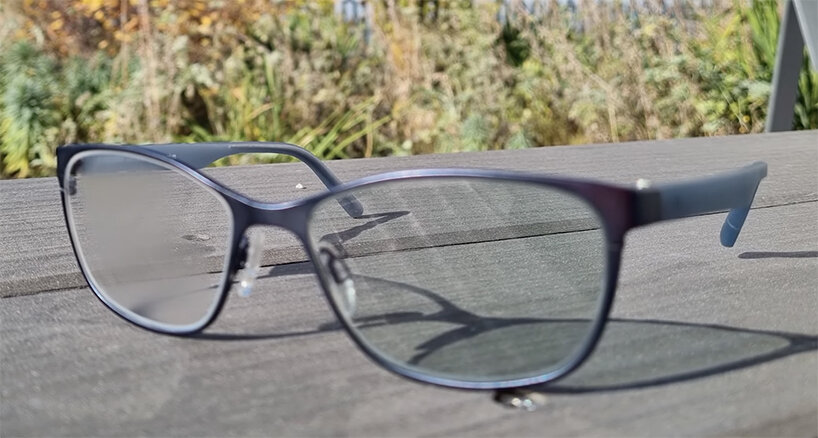 According to ETH Zurich (see more here), the new coating maintains its transparency at all times thanks to selective light absorption. Infrared radiations, which are invisible to the naked eye, are largely absorbed by the gold clusters, while visible light and UV radiations are mostly blocked out. Once selected radiations are captured, the thin layer begins to warm up, its surface temperature elevating by up to eight degrees celsius, effectively clearing out any possibility of condensation. 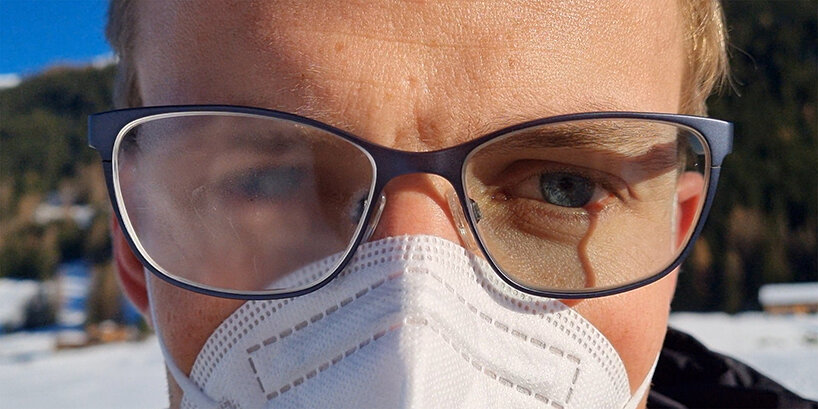 testing the antifogging coating on one lens | image © ETH Zurich

Researchers designed the coating by incoporating two ultra-thin titanium oxide layers separated by gold clusters. ‘Due to their refractive properties, these two outer layers increase the efficacy of the heating effect. Moreover, the top layer of titanium oxide acts as finish that protects the gold layer from wear.This whole ‘sandwich’ is just 10 nanometres thick. By way of comparison, a common gold leaf is twelve times thicker. The individual gold clusters touch each other minimaly, which is what allows the gold layer to just start conducting electricity. So in the absence of sunlight, it would still be possible to use electricity to heat the coating,’ writes ETH Zurich. 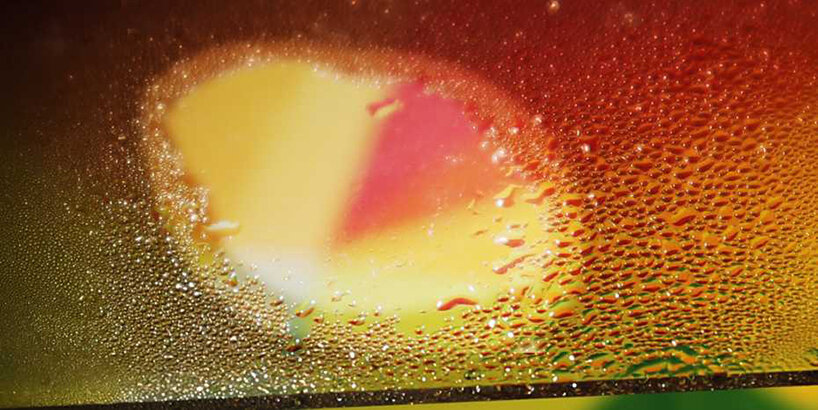 The project was led by ETH Professors Dimos Poulikakos and Thomas Schutzius, who are looking to expand applications of their nanocoating to other transparent surfaces like windows, mirrors, and optical sensors. The team is also exploring the efficacy of different metal elements against the existing gold coating. ‘Gold might be expensive, but the researchers emphasize that their coating requires so little that the material costs remain low,’ notes the university.

When it comes to heating concerns during the summer period, doctoral student Iwan Hächler reassures with the following: ‘The pane coating absorbs infrared rays from the sun, which specifically heats the pane and prevents the radiation from reaching the inside of the car or building. As a result, the interior heats up even less than it would without the coating.’ 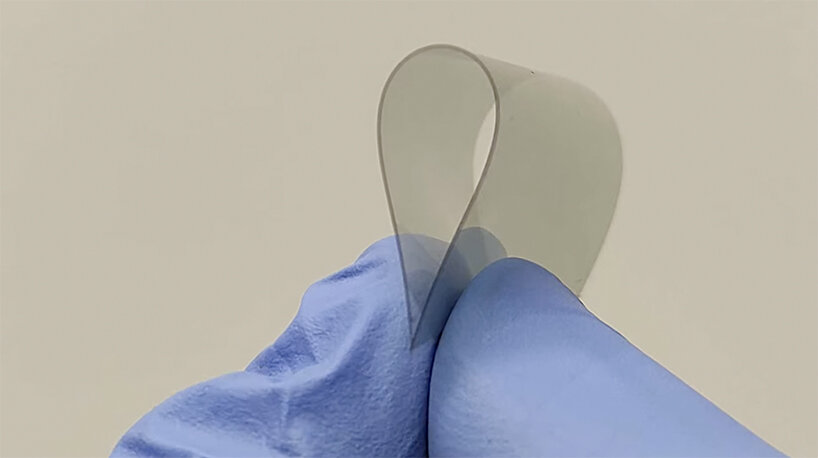