UK-based startup arrival is on a mission to make electric vehicles mainstream with its fleet of battery-powered white vans. the company wants to remove all barriers to electric vehicle adoption starting with a 50% reduction to the total cost of ownership compared to traditional petrol or diesel models. 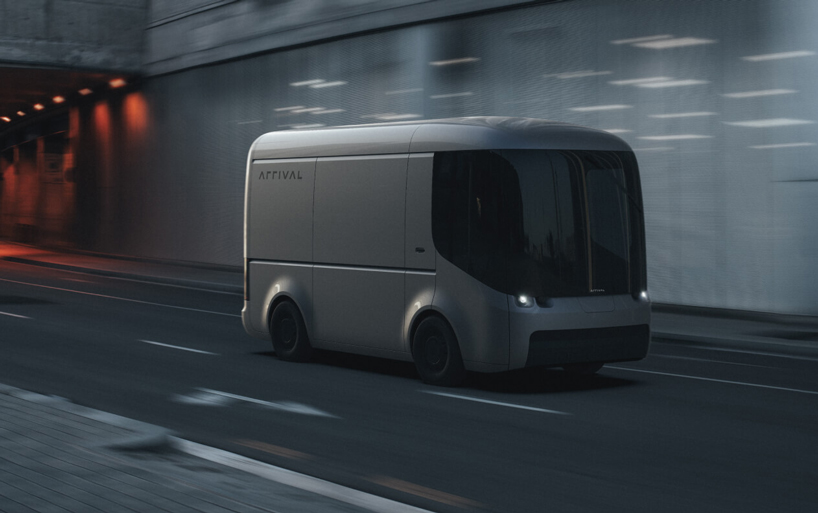 arrival wants to achieve this by streamlining production methods and proposes ‘flexible’ micro-factories that can start by building on a small scale in areas of demand. it also wants to reduce part count and build time by employing cellular manufacturing — an assembly setup in which automated guided vehicles (AGVs) transport car bodies individually only to those assembly workstations that are relevant to the specific model.

the company’s generation 2 prototypes are constructed using ultra-lightweight composite materials that significantly reduce their weight. they are based on a unique skateboard platform that uses a grid architecture and the same predefined size of components, making it easily scalable and allowing multiple vehicle types to be created from any one platform. without the need for a bonnet that contains an internal combustion engine, instead, all of the battery and motor technology is contained within this skateboard-wheeled base. 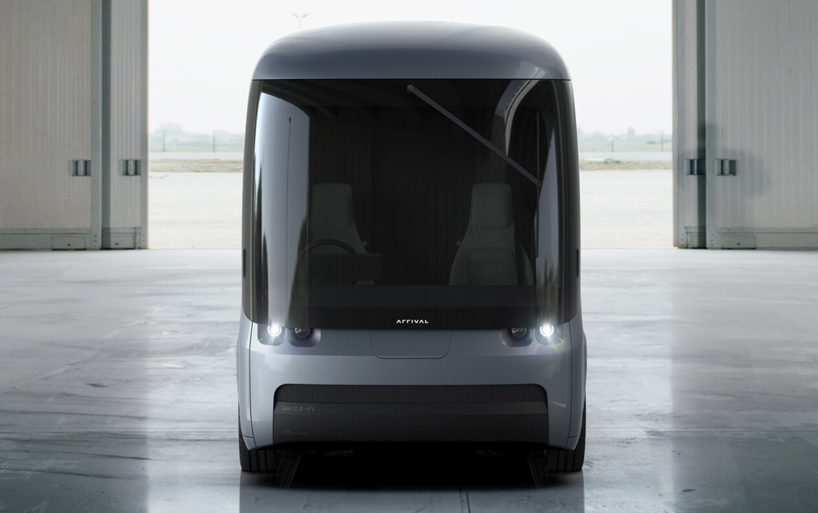 arrival vehicles also feature a ‘plug and play’ architecture that makes it possible to easily update and upgrade when necessary. fleet management is conducted via the cloud and each model is autonomous vehicle ready. 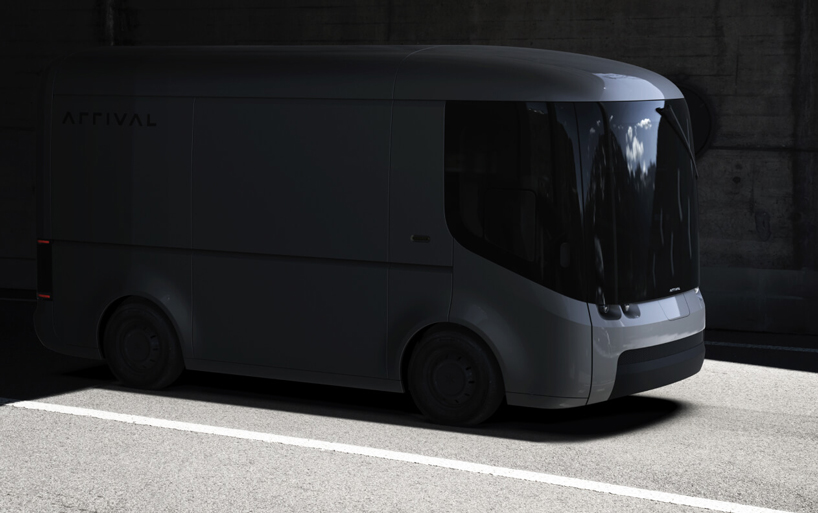 the arrival van promises a range of up to 300 miles, a payload of up to 4250 kg, and a market entry price that’s competitive with traditional ICE models such as the mercedes-benz sprinter and the volkswagen crafter. by creating an electric vehicle that costs the same price as petrol and diesel equivalents, arrival hopes to achieve mass-market adoption. so far, the company has trialled fleets of its electric vans with royal mail, DHL and DPD.

‘traditional automotive manufacturers have a production line at the end of their operations,’ explains jeremy offer, chief of design at arrival. ‘this makes stopping to take stock and question decisions and design principles very challenging.’ 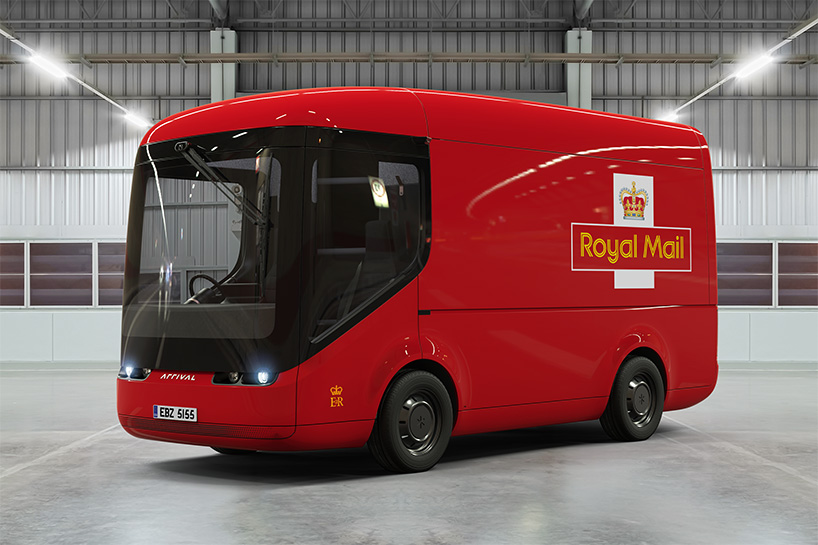 ‘unlike traditional car companies we have been unencumbered by legacy,’ he adds. ‘this has given us the chance to look at each and every element, component and design decision and question it. can we make it better? does it have to be that way? why has everyone else done it like that?’

‘not only have we questioned everything – we’ve questioned it with different hats on – automotive, software, product design and industrial design. it is this culture and fresh start which has really enabled us to innovate and create a product that is optimised and refined in both form and function’

according to a recent report by the guardian, it plans to launch prototypes of the van’s first full version, using full robotic assembly in banbury, with ups in december. the company has also partnered with john lewis partnership in the UK, ahead of full-scale production in 2021.

sony surprises with an electric car concept at CES 2020