Self-balancing autonomous goods and packages transporter ‘evoBOT’ can relieve shipment and delivery workers from carrying heavy loads at work. The evolution of this autonomous mobile robotic system from the logistic research hub Fraunhofer Institute for Material Flow and Logistics is characterized by its high agility and flexibility.

EvoBOT can stretch its two arms to lock in objects to carry, flex its four legs on the floor to act as a platform to put objects on, or bend in a V-shape to secure a box between its legs and glides it to its destination. Making evoBOT flexible is a must for the researchers at Fraunhofer IML. If workers might rely on a robot to share their workload, then the system must cater to what they can manually do.

EvoBOT seems able to be a buddy to the cargo workers that can help them transport weighty objects without exerting effort. As for how much weight can it carry, the researchers are still testing evoBOT’s limits whose potential system can be infused and diffused among several industries. 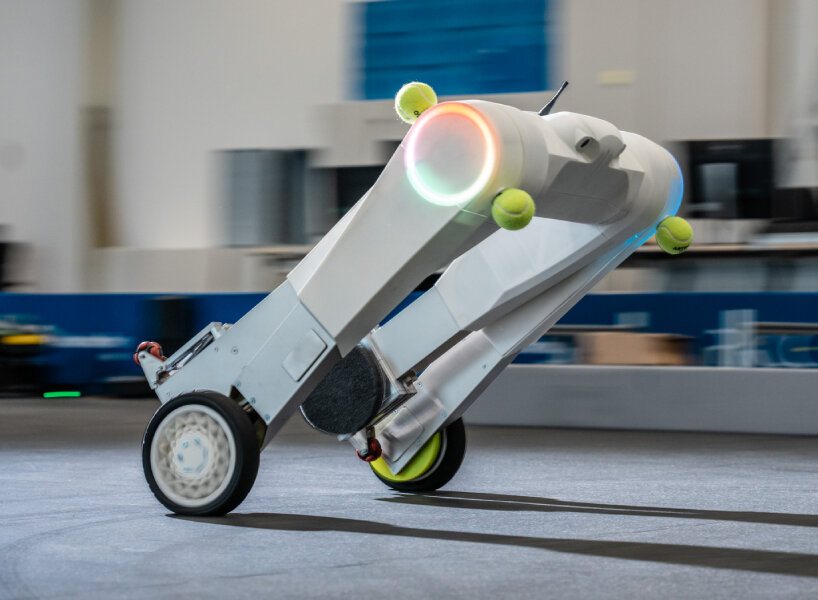 As a modular system, self-balancing and autonomous evoBOT from Fraunhofer IML extends beyond the classic logistics context into the complex urban space. The researchers believe that while existing solutions are limited to performing simple operations such as pushing and pulling logistical goods, the evoBOT takes it a step further

‘In the future, this prototype will be able to combine and upgrade these skills. These additions include handing things over as well as turning things around,’ the researchers write.  EvoBOT is also equipped with a bio-inspired design to heighten the comfortable interaction between humans and robots. ‘This aspect can make the evoBOT a personal assistant for humans,’ the researchers add. 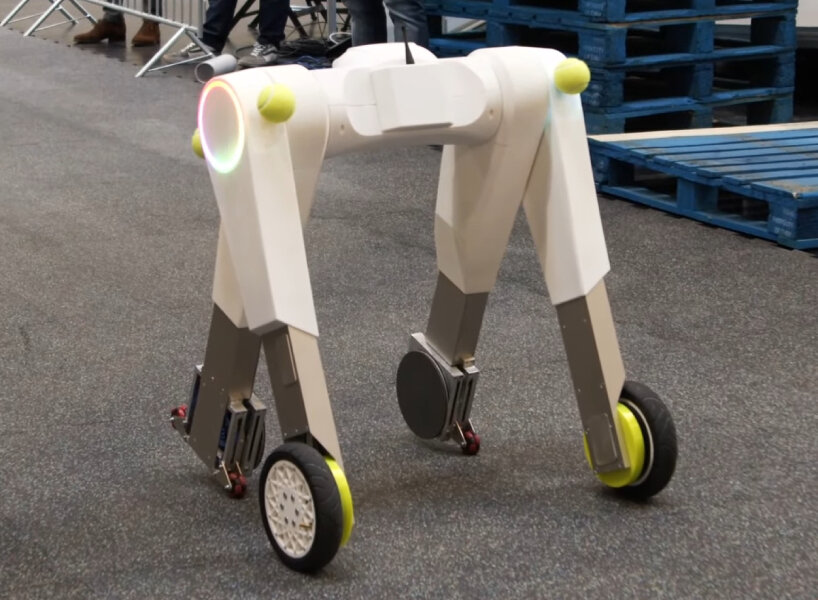 Equipped with sensors and cameras

The self-balancing and autonomous transporter can eye the goods and objects through its pair of eyes positioned at the center. The embedded mapping sensors add up to the robot’s detection abilities, so it can navigate the paths on its own. Watching the video, the transporter can transfer a ball at ease, slightly tipping over both sides to first detect its way and then balance itself as it goes back to its original position.

Its stable system is based on the principle of an inverse compound pendulum without external counterweight, which makes evoBOT space-saving and lightweight. ‘In contrast to conventional robots, the evoBOT keeps itself permanently balanced, which makes it possible to move on different and uneven surfaces, even with slopes,’ the researchers describe. 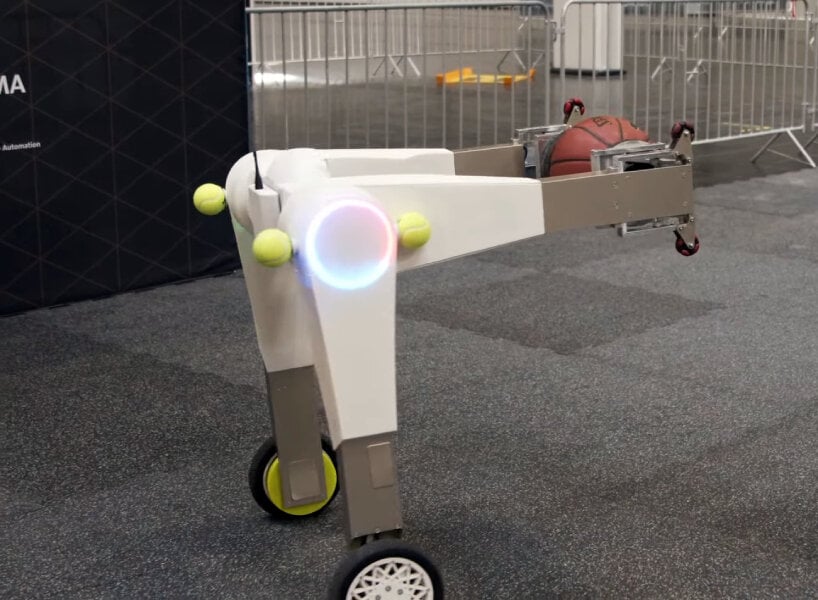 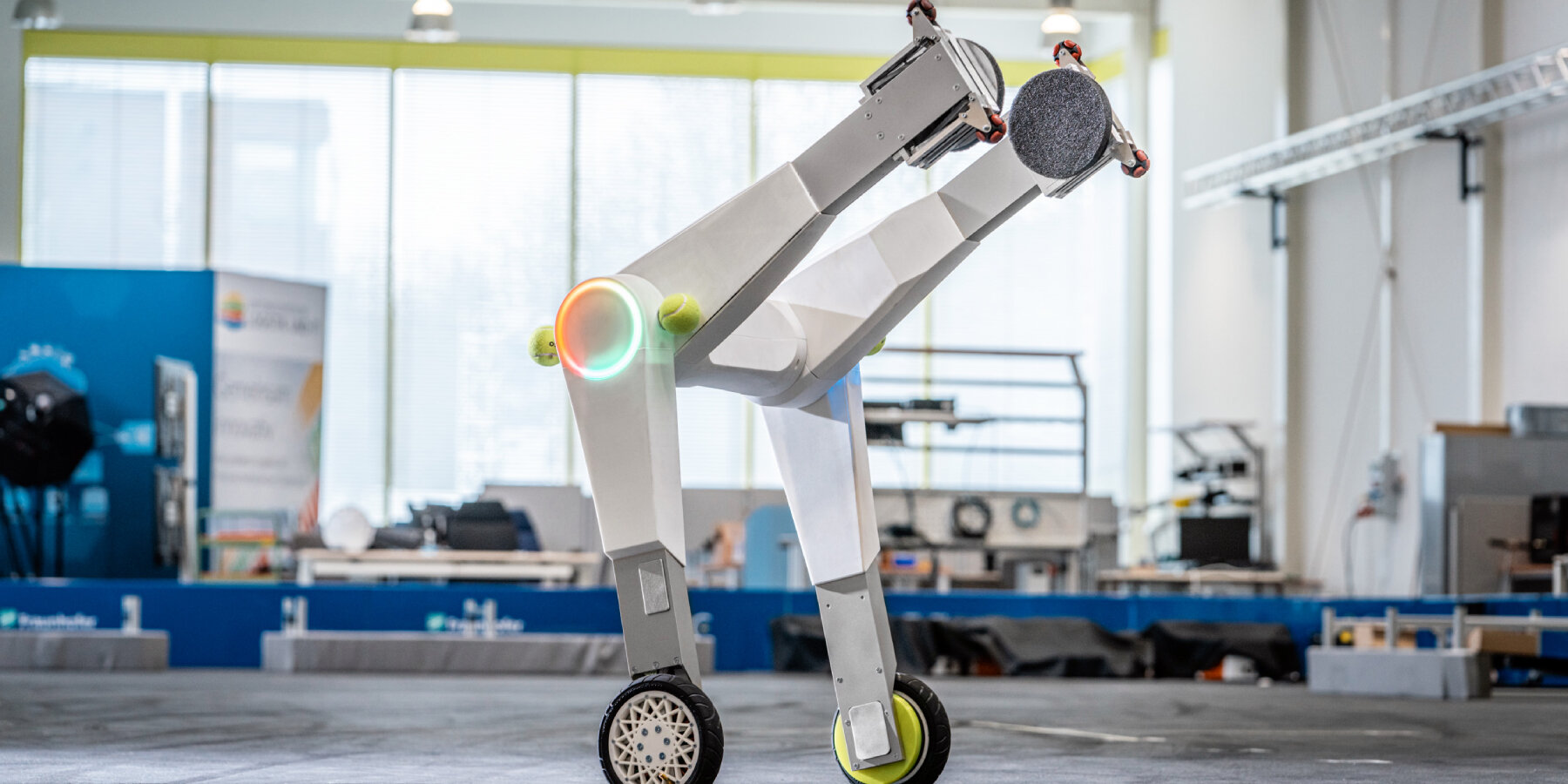 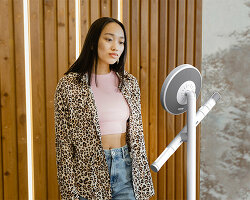