panasonic’s ‘evolta robot’ will swim, bike, and run its way through the 230-kilometer (142-mile) ironman triathlon

panasonic has just announced its plans to compete the evolta robot in the 230-kilometer (142 mile) ironman triathlon in hawaii, as the robot’s fourth world challenge. the race entails a 3.8-kilometer swim in open ocean, a 180.2-km bicycle segment through volcanic rocks, and a 42.2-kilometer run through central kona, each completed by a slightly modified version of the robot, which is powered by 3 rechargeable evolta batteries.

standing 7-inches tall, the robot team will have one week to complete the challenge, during which it will stop its progress only to recharge. human competitors have a time limit of 17 hours, but panasonic reasoned that since the evolta is 1/10th the size of a person, it should get ten times the number of hours to complete the course.

evolta robots have undertaken extreme conditions before in the annual challenge, but this is the first time that one has been designed to swim. by experimentation, an overhand front crawl technique was selected to convert energy into maximum propulsion with minimal battery loss. the extension to the robot’s body provides buoyancy, but all power is generated via its arm movement.

even in the bicycling and running segments, however, the developers note that this challenge is the most difficult yet, owing to the strong sun and intense ocean winds of the island, coupled with technical difficulties such as the robots’ ability to navigate differences in road height and sidewalks during its journey. tomataka takahashi, lead developer of the robots, notes that engineers tested a series of motors and then sought a balance between power and durability. 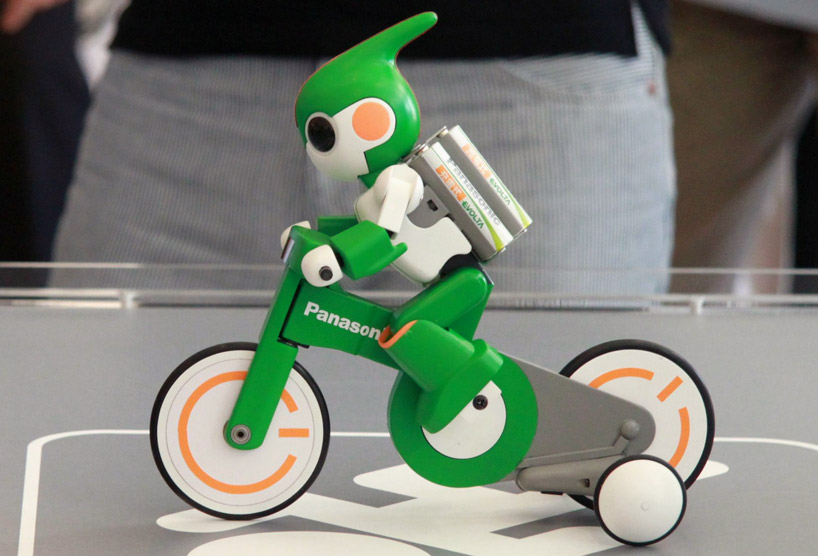 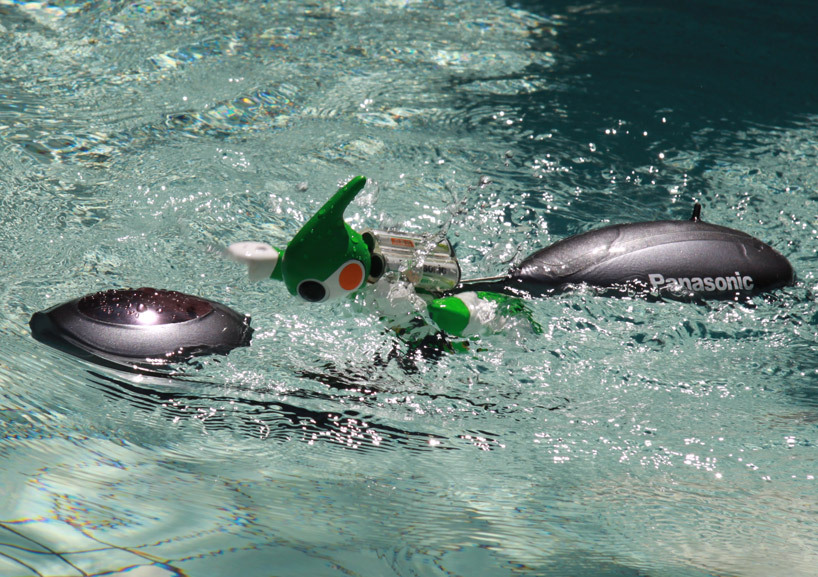 classes have just begun, but you can still register and participate– once you’re enrolled, you can view the lessons at any time for the length of the course!

Oct 10, 2021
have more physical freedom by wearing robots!
'A-HOGE' is a calculator-playing robot that performs mozart with precision

Oct 07, 2021
LEONARDO is a fusion of bipedal walking robot with flying drone that masters a slackline