among other developments, google has just presented an automated system that generates photorealistic, explorable 3D maps of entire cities for google earth

google earth has included photorealistic 3D buildings since 2006, but the coverage has never been complete even for urban areas. moreover, the imagery represents multiple sources, which google representatives note lends a visual incohesiveness to the maps: each structure was either individually modeled and submitted by a user, or generated in virtual 3D by mapping a photograph to an extruded model of the city or automatically created based on aerial footage.

new rendering processes have allowed google to automate the creation of entire 3D cityscapes, obtained from photographs taken via specially equipped aircraft. flow in carefully planned, overlapping configurations, the planes shoot images in each of the four cardinal directions and from above. google then uses a process called ‘stereophotogrametry’ to extract the 3D model from the many images collected; the colour and texture is likewise generated from an automated examination of the colour of particular pieces over the range of views.

the resulting land and city -scapes offer real, explorable 3D coverage, and google anticipates that by the end of 2012 it will include metropolitan areas representing a combined population of 300 million people. 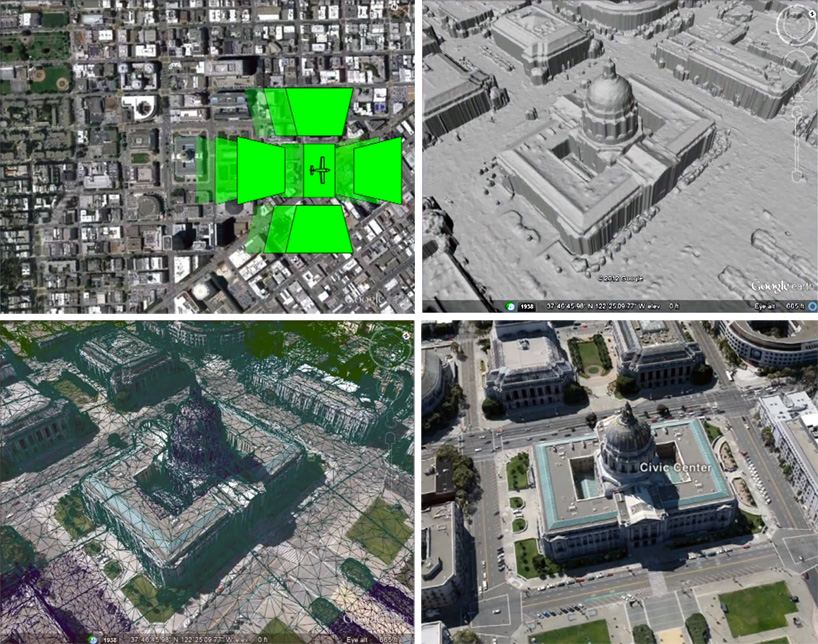 breakdown of the process (top to bottom, left to right): 1 – specially equipped planes take aerial photographs of cities from five directions; 2 – stereophotogrametry technology extracts 3D information about each building from the amassed views; 3 – a colour map is created automatically by selecting the ‘true’ colour based on the multiple photos; 4 – the building is integrated within the google maps and earth system 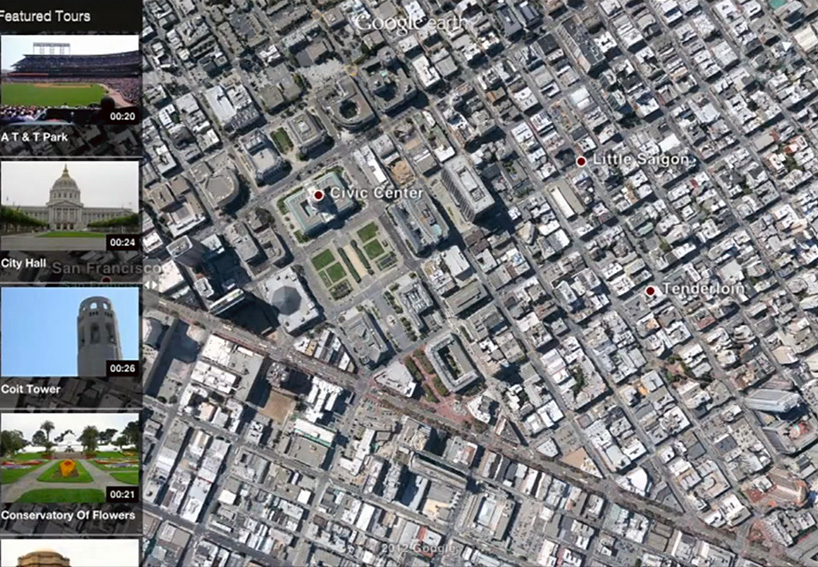 screenshot of the new ‘tour guide’ interface in google earth

alongside the new 3D imagery google is debuting ‘tour guide’, a new user interface that highlights nearby sites of interest to users as they are exploring google earth. during its press event, google also announced ‘street view trekker’, a backpack-loaded streetview camera that will enable the exploration and mapping of wilderness locations.

EDITOR’S NOTE: german engineer jan martin anticipated the ‘street view trekker’ with his ‘DIY streetview‘ camera system, not affiliated with google but which permits users to create their own google and openstreetmap maps of buildings, parks, cities, or any other locations.

watch the full google address (information about the new 3D imagery for cities in google earth begins at 37:45) 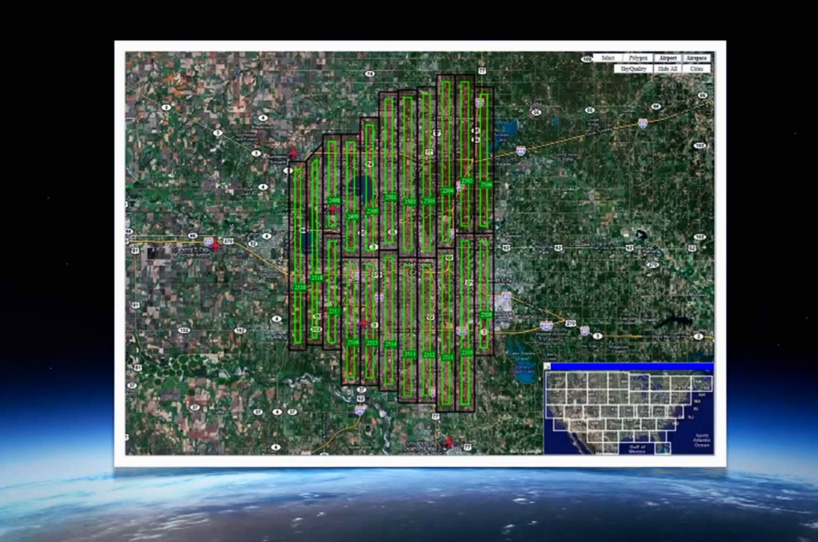 at the google conference, representatives showcase a slide exemplifying the precise flying configuration of planes required for the new photorealistic 3D