dubbed the ‘F80’, this elegant supercar concept depicts the future for the automotive industry. italian designer, adriano raeli, created the ‘F80’ while studying transportation design in pasadena, california. based in san francisco, raeli has create several captivating renderings, that all exhibit a unique and authentic interpretation for a variety of italian automobile brands. 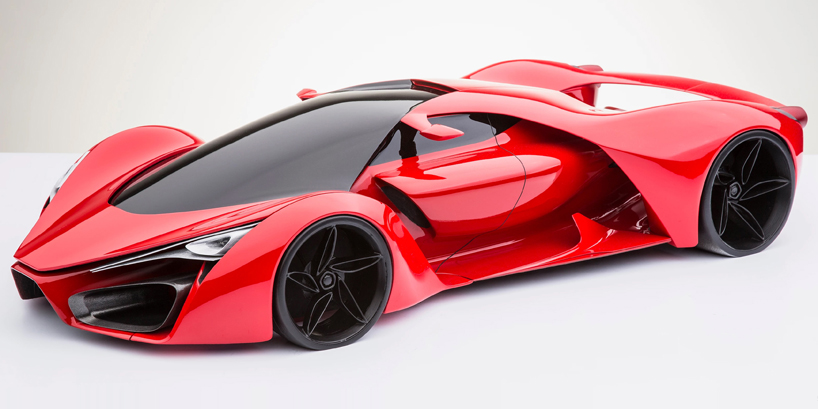 adriano raeli’s goal was to design a concept car that would live up to prestige manufacturer ferrari’s standards, as well as those of pininfarina. his organic ‘F80’ concept is inspired by futuristic-aviation form-language, the human form, and pays homage to the sculptures + paintings of futurism-movement artists, including umberto boccioni. 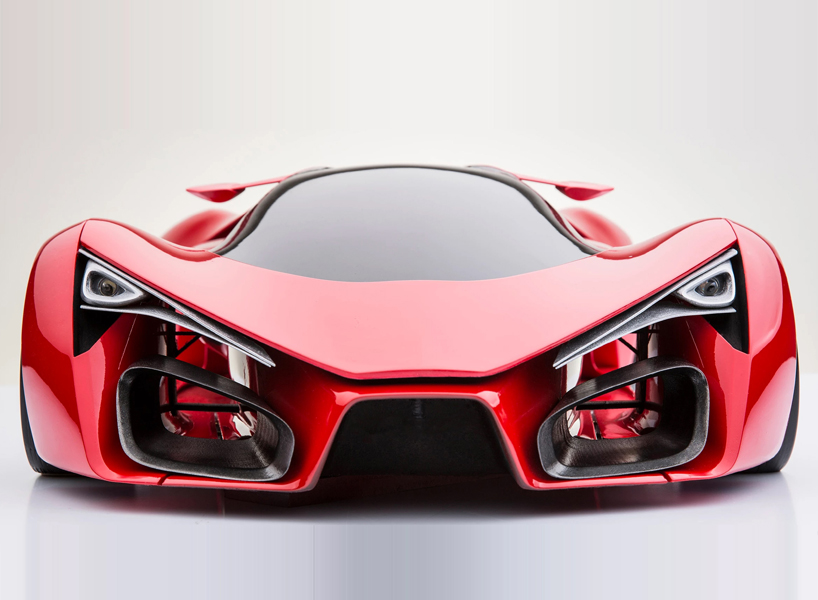 just as the late 19th century artist demonstrated in his work, this vehicle’s carbon-fiber monocoque form has the dizzying appearance of moving while standing still. the front grille is typified by huge air vents, and widely positioned headlamps, both of which are framed by tall + wide wheel arches. 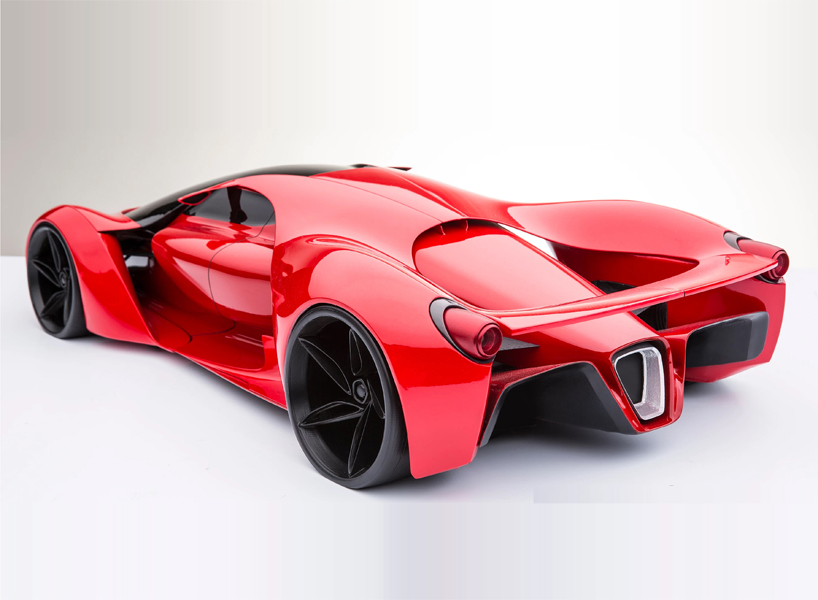 the ‘F80’ supercar is powered by a 1200 horsepower hybrid-drivetrain, combining a twin-turbo V8 combustion engine (900 ps) with a kinetic energy recovery system (300 ps). with the concept automobile weighing in at just 1762 pounds, the two-seater can accelerate from 0-62 mph in a blistering 2.2 seconds, with a maximum speed of 310 miles per hour (398.9 km/h). 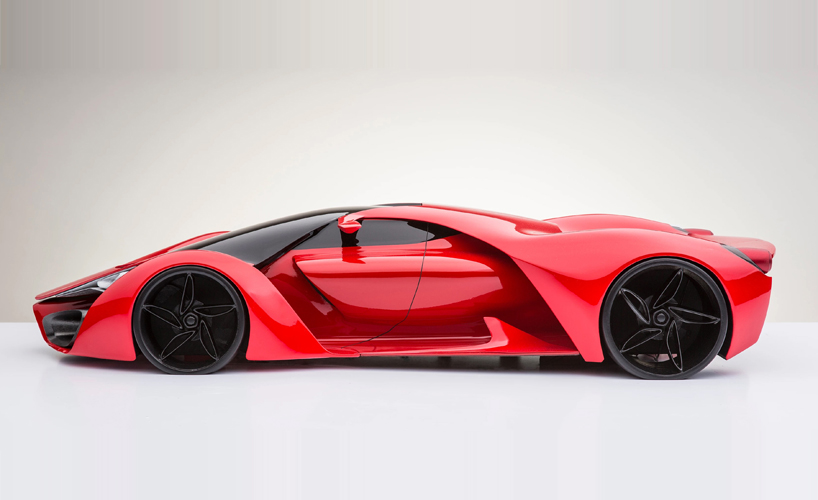 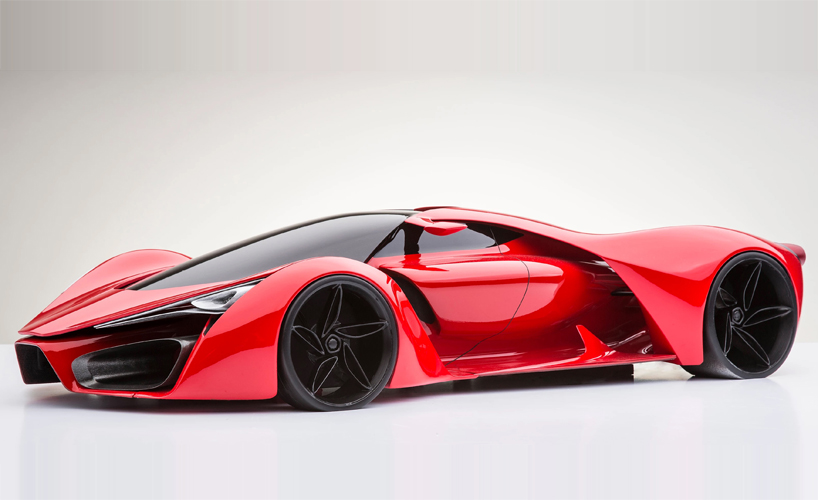