anouk wipprecht and arcattack have collaboratively created a wearable ‘faraday cage dress’ that discharges one million volts of electricity. displayed at the maker faire bay area 2014 show, two custom engineered tesla coils that can send electrical arcs up to twelve feet long, were employed to demonstrate the garment’s ability. product testing lead to many modifications that highlighted how ‘form follows function’ was incorporated as safety for this project, was imperative. 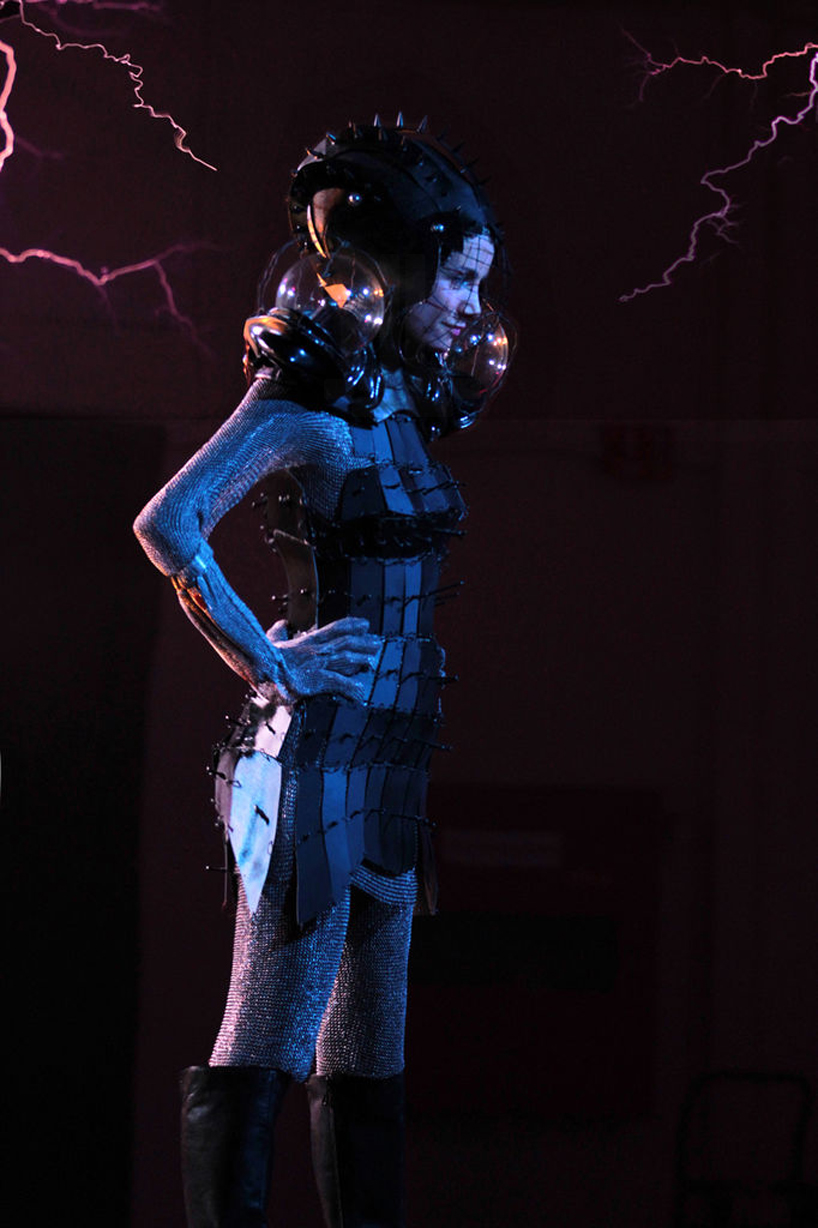 the 94 paneled dress conducts and discharges the electrical current

with each coil being able to release a peak of half a million volts, it was crucial that the dress and more importantly, the helmet could cope and function with such a high intensity.  the faraday cage was constructed using 94 waterjet cut, metal panels and then bound together with over 600 rings. two 6 inch diameter nitrogen-filled plasma balls were fitted in to the shoulder-pieces, to glow bright purple when electrified by the tesla coils. thanks to the testing and modifying of her designs, anouk wipprecht was able to show maker faire how to get struck by lightning whilst looking fashionable. 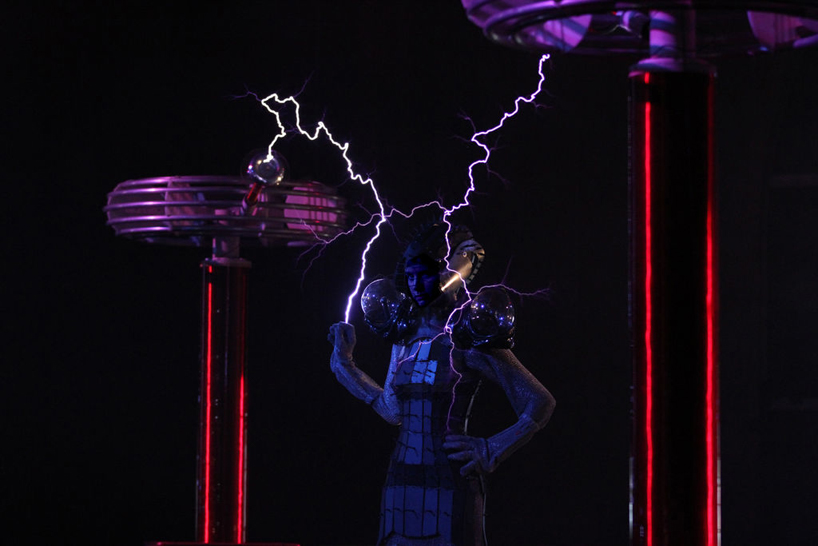 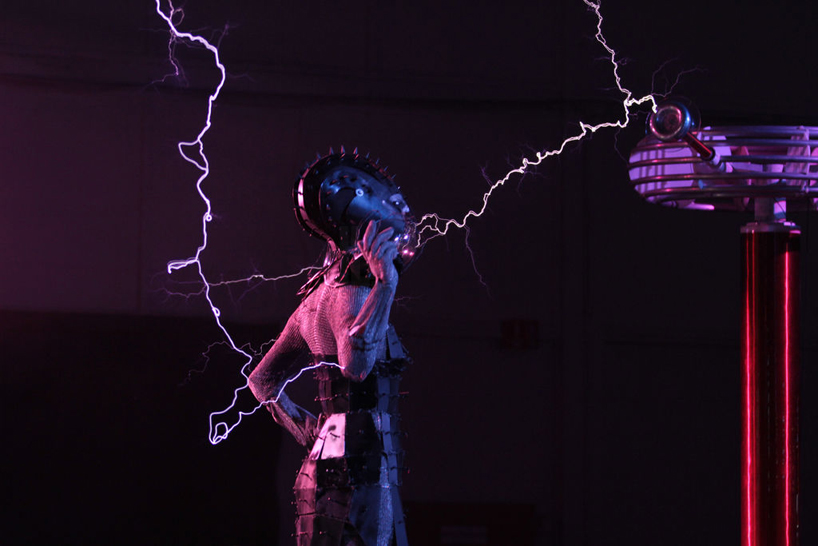 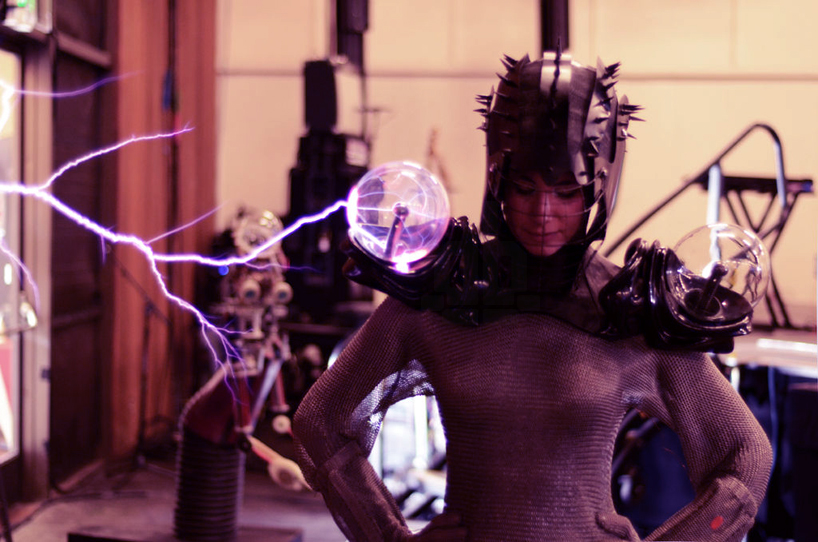 testing the dress became an integral part of the design process