the vehicle is also more than twice as aerodynamically efficient as its predecessor, reducing downforce and drag via a redesigned hood (which channels air away from the top of the car); and employing active brake cooling (whereby the gates of front brake cooling system are only opened when necessary, based on the operating temperature).

visually the car is shorter and more low-riding, as well as 70kg lighter than the ‘fiorano’. as a combined effect of its lighter weight and improved aerodynamics, the ‘f12 berlinetta’ reduces fuel consumption by 30%, and produces relatively low carbon dioxide emissions for a high-performance sports car, at 350g/km. its V12 engine is designed similarly to ferrari’s F1 engines to ensure rapid acceleration. 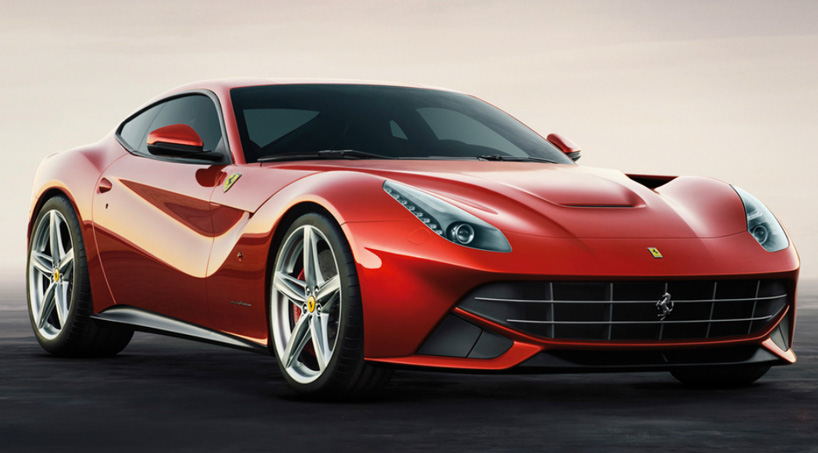 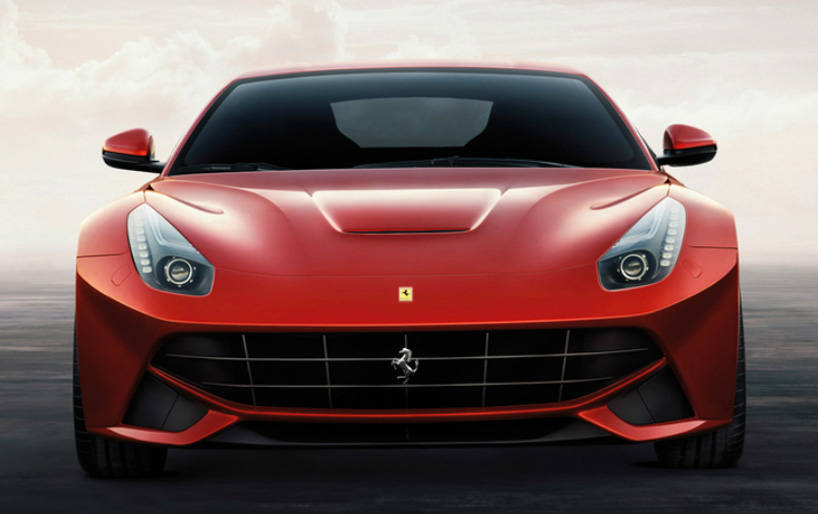 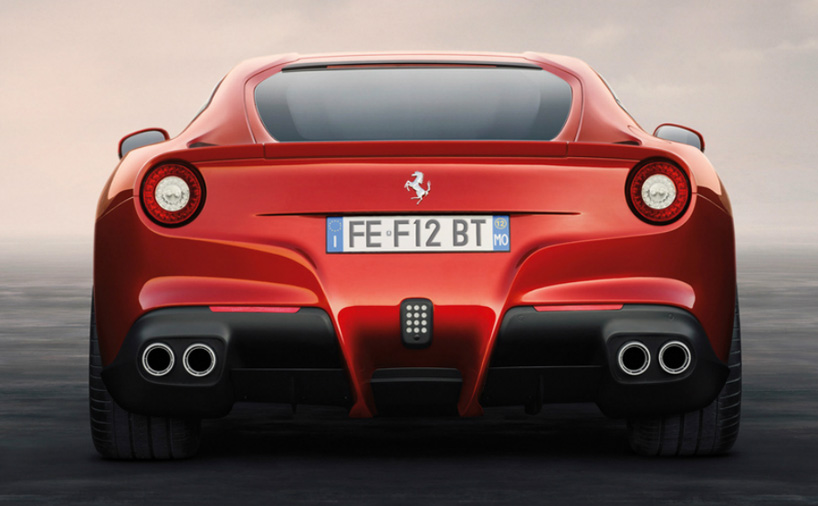 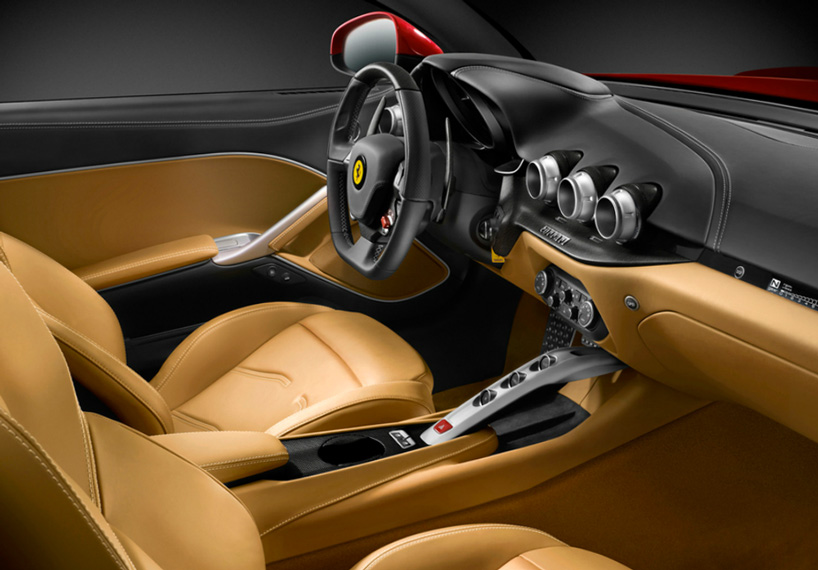 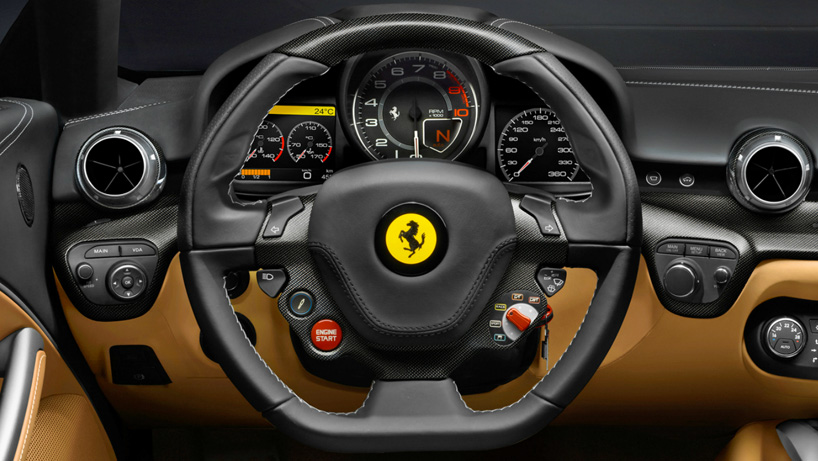 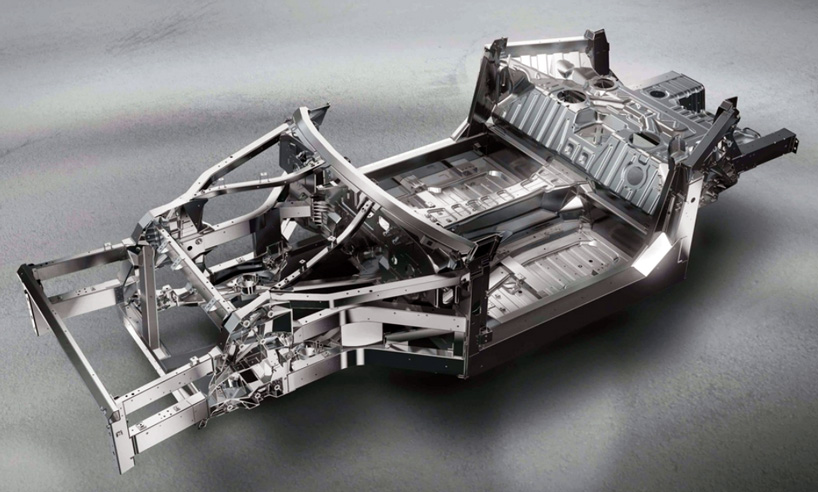 the scaglietti-produced spaceframe chassis of the ‘f12 berlinetta’

in 2011 designboom toured ferrari’s factory in maranello, italy. watch cars being assembled in our ferrari factory tour: assembly line feature, see where the engine parts begin at the mechanical workshop, or take a look behind the scenes of the company’s design process!