during a celebration held at the national art center in tokyo to commemorate the 50th anniversary of ferrari in japan, the maranello-based luxury car manufacturer revealed a new strictly limited series of beautiful vehicles, the ‘J50’: a two-seater, mid-rear-engined roadster that hearkens back to the ‘targa’ body style signature of ferrari road cars of the 1970s and 1980s.

the car’s bodywork-styling is completely new and showcases a futuristic form, with a highly distinctive personality. ferrari say the design approach was, ‘led by the desire to create a low-slung roadster, encapsulating intrinsic ferrari values of nimbleness and agility.’ 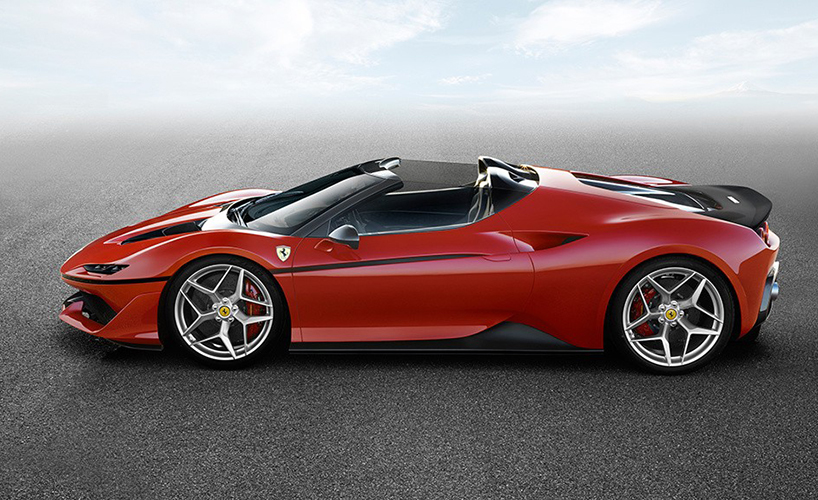 to achieve this, the slanted top edge of the side window, continuous with the windscreen; and the raked black swage line which dramatically rises from the low-set nose until it vanishes in the air intake aft of the doors converge with each other, creating a sinuous dynamic on the flank of the car. 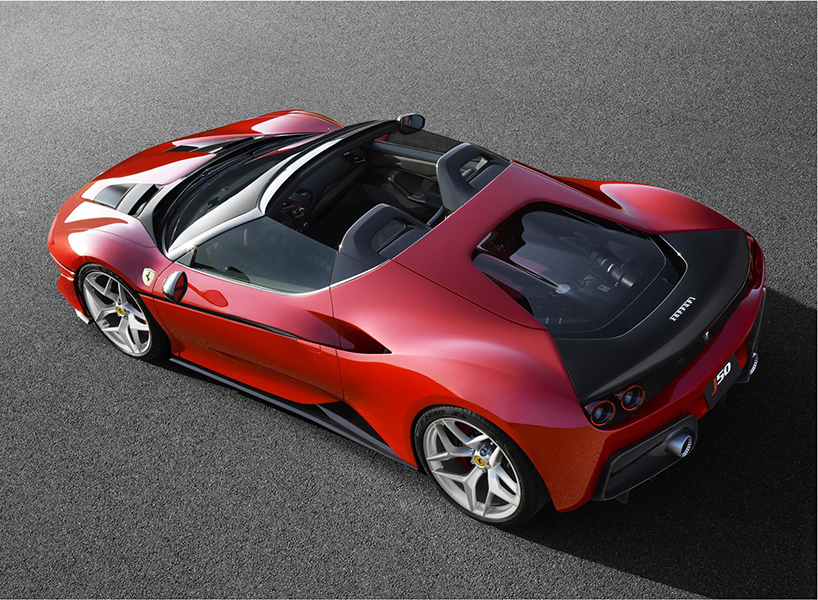 a sinuous dynamic throughout the flank

the ferrari ‘J50’s’ engine is protected by a transparent polycarbonate cover, signature of the italian-automaker, which is delicately formed providing protection to the heads of driver and passenger. the back is somewhat aggressive in nature, boasting a quad-taillight-design which widens the car’s rear visual profile. the rear diffuser features an extractor shape influenced by jet engine afterburners, and provide a similar sonorous sound. 20” forged alloys were crafted specifically for the limited-edition model. the carbon-fiber hard ‘targa’ top is divided into two pieces which can conveniently stow behind the seats. the same ‘J50’ presented during the launch event in tokyo is finished in a shade of three-layer red, with a red-over-black interior upholstered in fine leather and alcantara. 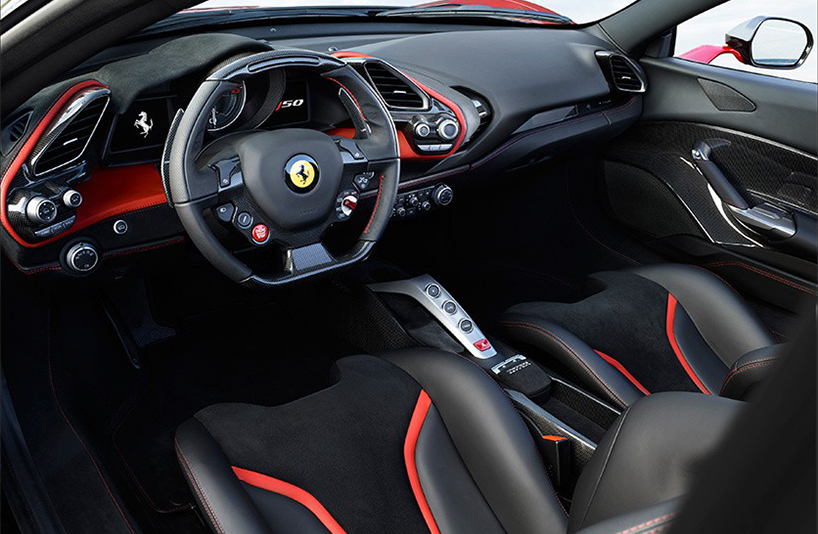 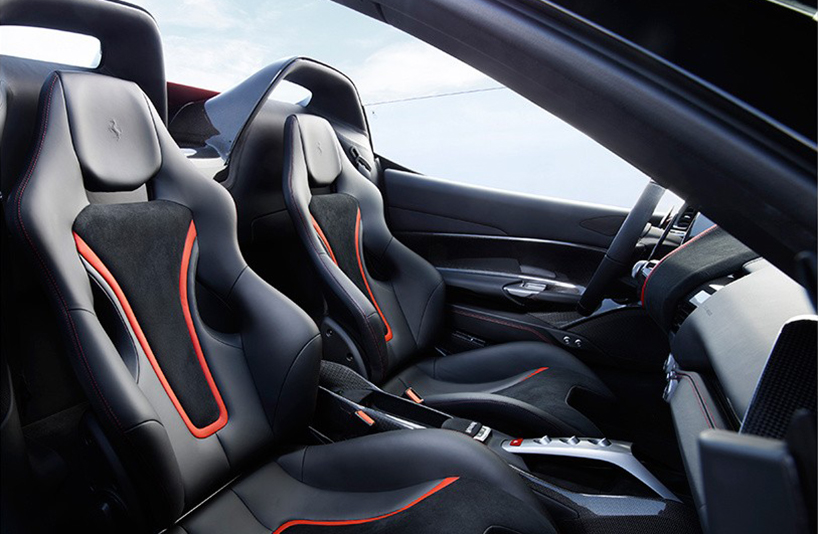