to celebrate its 70th anniversary, ferrari will auction off a one-of-a-kind ‘laferrari aperta’ to benefit the charity save the children. for the auction ferrari has designed a one-of-a-kind livery in an attractive metallic ‘rosso fuoco’, and featuring a metallic ‘bianco italia’ double racing stripe on the bonnet and rear. the supercar’s interior has been crafted in black alcantara and shiny black carbon fiber, with red leather inserts on the seats and red stitching. 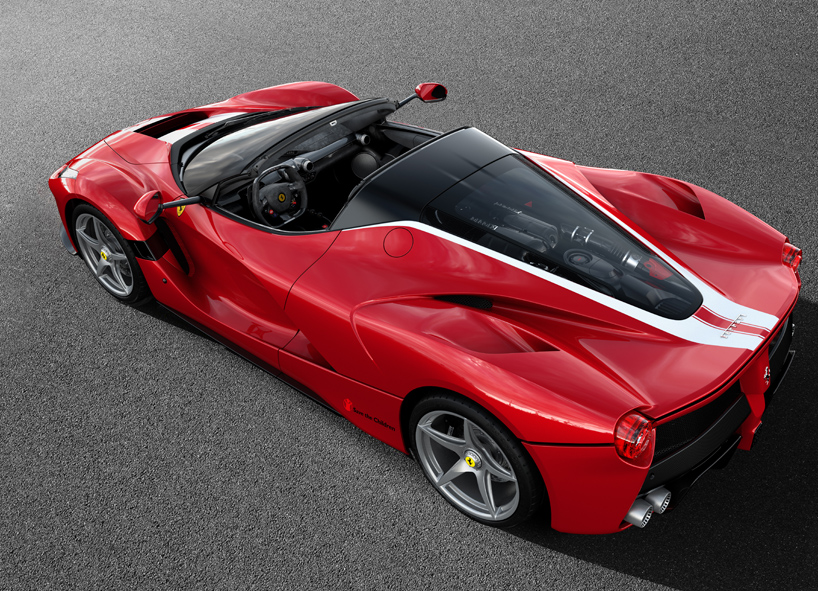 ferrari’s ‘laferrari aperta’ is the limited-edition special series model launched to commemorate the italian-automaker’s 70th anniversary. designed for ferrari’s most passionate clients, the ‘laferrari aperta’ is the open-top version of the rare ‘laferrari’ hybrid supercar, with a powertrain identical to the coupé model — a 6.3 liter naturally-aspirated V12 engine with an electric motor powering the rear wheels, paired with a seven-speed gearbox. this combination creates a monstrous 950 bhp, promising sheer exhiliration with the roof down. 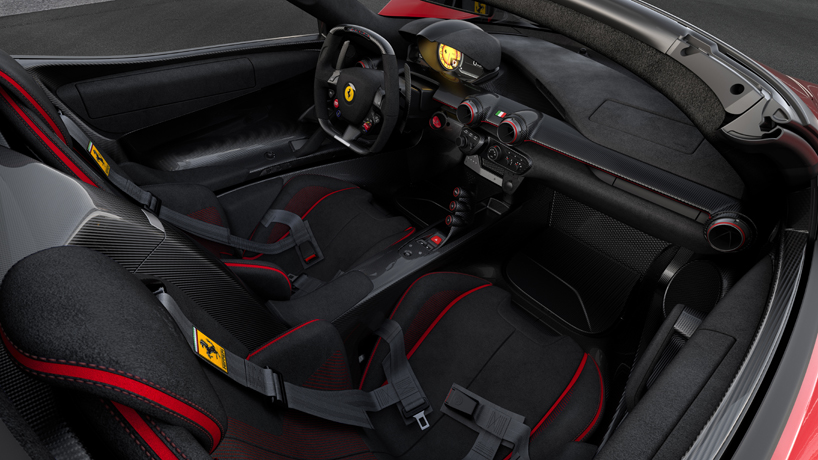 the ‘laferrari’s’ chassis has received a few tweaks to ensure that it has the same torsional rigidity as the coupé, allowing it to race from 0 – 62 mph (0 – 100 km/h) in under three seconds, and reach a top speed of 217 mph (349 km/h). all proceeds of the auction will be donated to save the children for an international program focusing on education. the event is by invitation only, and is part of a three day program of festivities in maranello. 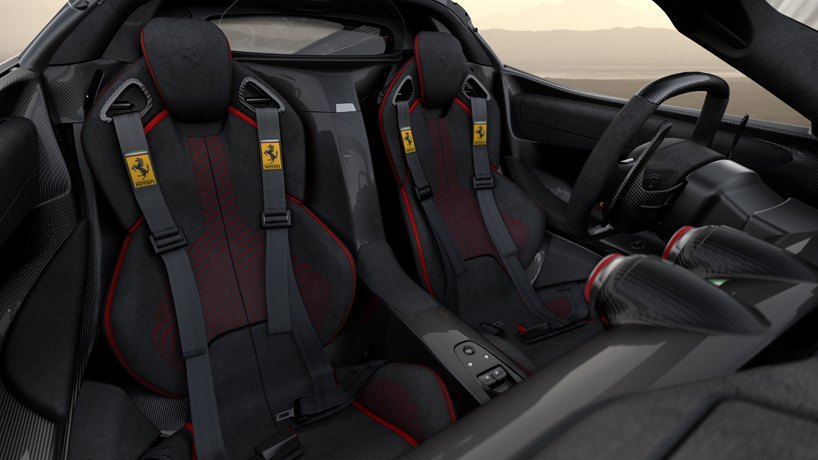