ahead of its world debut at the frankfurt international motor show in september 2017, the ferrari ‘portofino’ has been revealed and is set to replace the italian automaker’s entry-level ‘california T’ model. the new convertible GT car takes design cues from other models of the prancing horse brand’s current range, with an elegant retractable hard-top roof, prominent rear bodywork around the exhausts, and L-shaped headlights looking somewhat like a miniature ‘812 superfast‘. 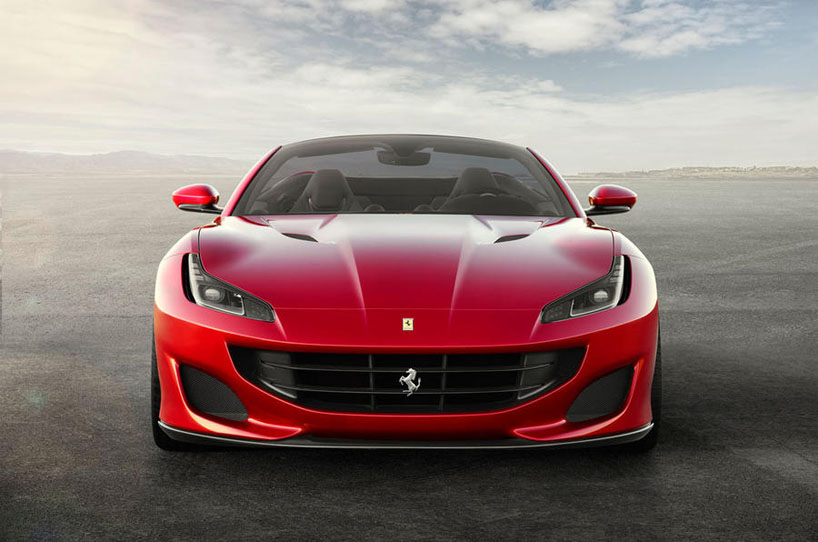 ferrari has chosen an evocative moniker for the versatile ‘portofino’ drop-top car, referencing one of italy’s most beautiful towns. portofino is renowned for its charming tourist port and, over the years, has become synonymous with understated luxury. the launch color of the new GT has also been dedicated to this town — ‘rosso portofino’. the hard-top convertible is powered by a  turbocharged 3.5 liter, V8 engine (592 bhp) that can accelerate it from 0 – 62 mph in 3.5 sec. the ‘portofino’s’ top speed is claimed to be over 199 mph (320 km/h), which is quicker than its predecessor. 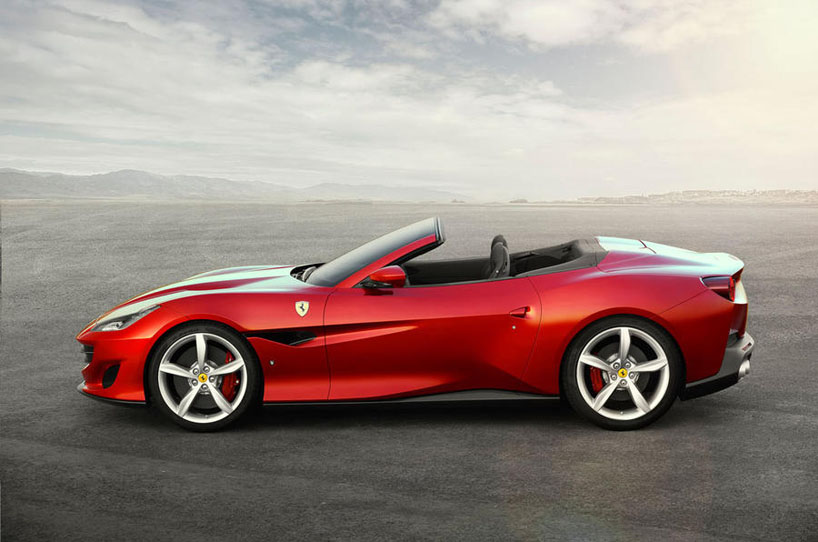 the form of the large radiator grille opening, that stretches from edge to edge of the ‘portofino’s’ contoured nose, is underscored by a LED headlight assembly with a more horizontal shape. the outside edge of the headlight hides an air intake which vents into the front wheelarch and exits along the flank to reduce drag. the tail design underlines the car’s sporty stance which has been enhanced by placing the tail lights futher apart. this cleverly conceals the rear volume housing the retractable hard top which features a more lightweight design, and can be raised, or lowered, at low speeds. 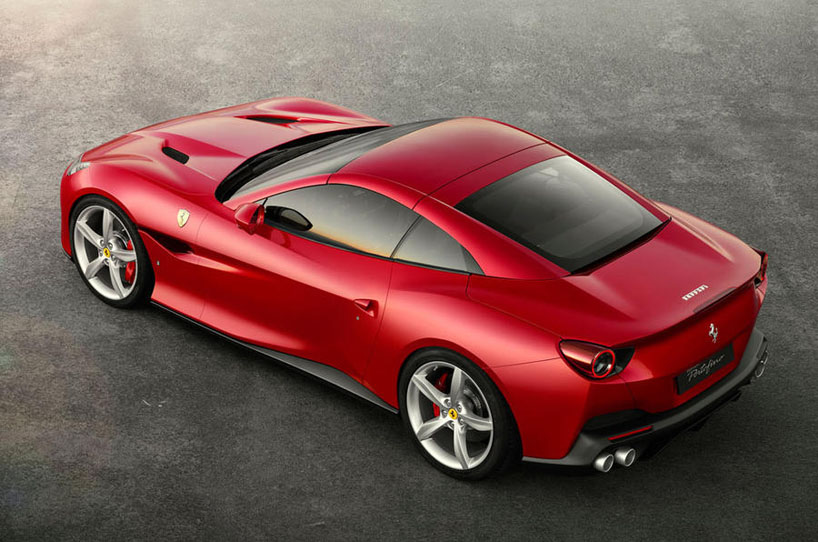 stepping into the ‘portofino’s’ interior, occupants will be greeted with a revamped infotainment system displayed on a 10.2 inch itouchscreen. a re-designed wind deflector reduces air flow inside the cabin by up to 30% when the roof is lowered. the RHT can be folded while on the move, although ferrari has yet to confirm at which speed. 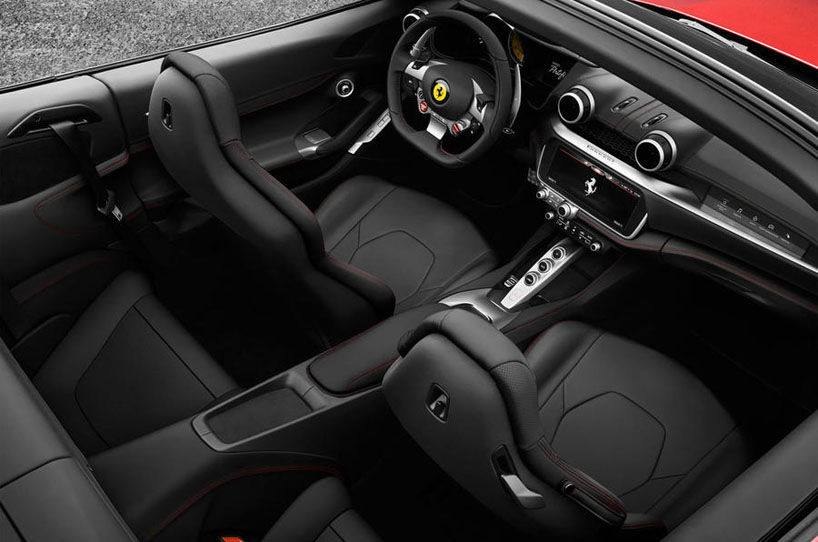 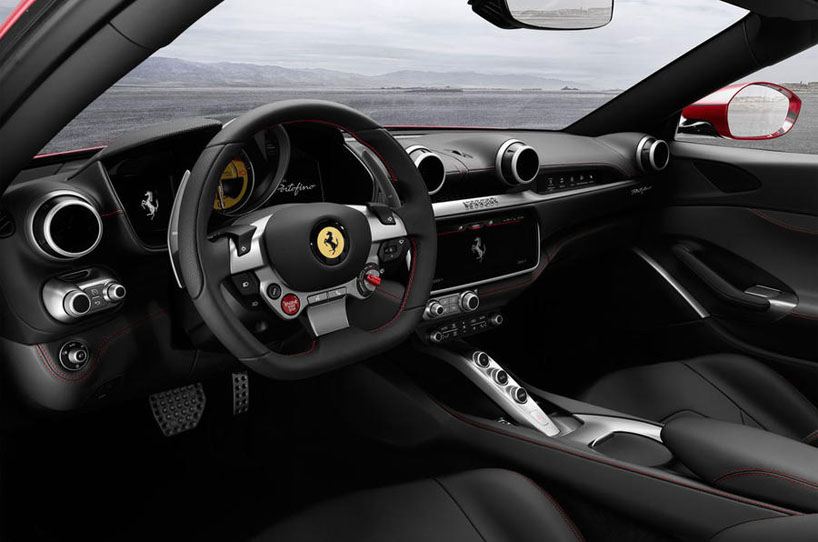 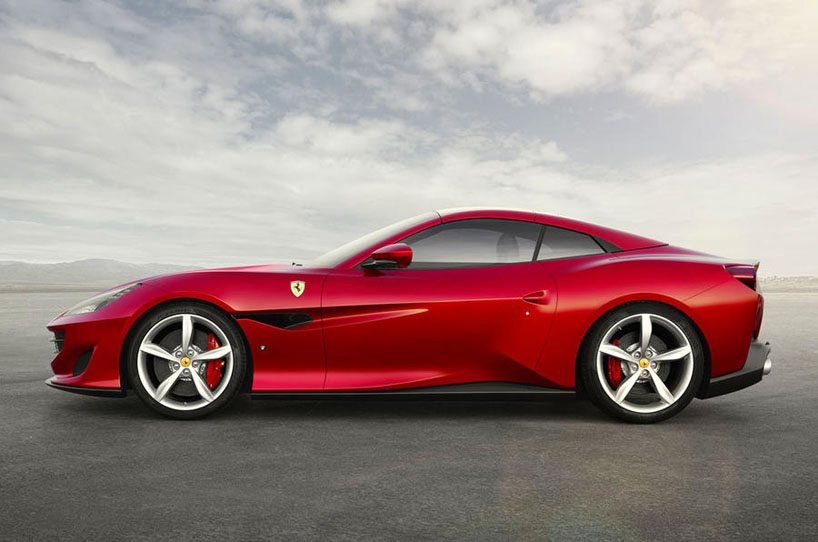