german automation specialist festo combines pneumatic robotics with artificial intelligence to create a bionic arm moves just like the real thing. covered in a silicone skin, the lightweight ‘bionicsofthand’ consist of linked bellow-style air chambers, which are in turn made of a flexible knitted material, working together to mimic the movement of a human hand.

unlike the human hand howwever, the bionicsofthand has no bones. instead, bellows are enclosed in the fingers made from a special 3D textile coat knitted from high-strength elastic threads. air is pumped in and out of the chambers via rubber tubes and when when one of the chambers is inflated or deflated, it will bend in a certain direction, causing the finger to open or close.

inertial sensors are situated in the joints between the chamber, plus the underside of each one incorporates a tactile sensor. this allows the hand to ‘feel’ objects it holds via the pressure exerted by that object. all communications are handled via a motherboard located in the dorsum of the hand. 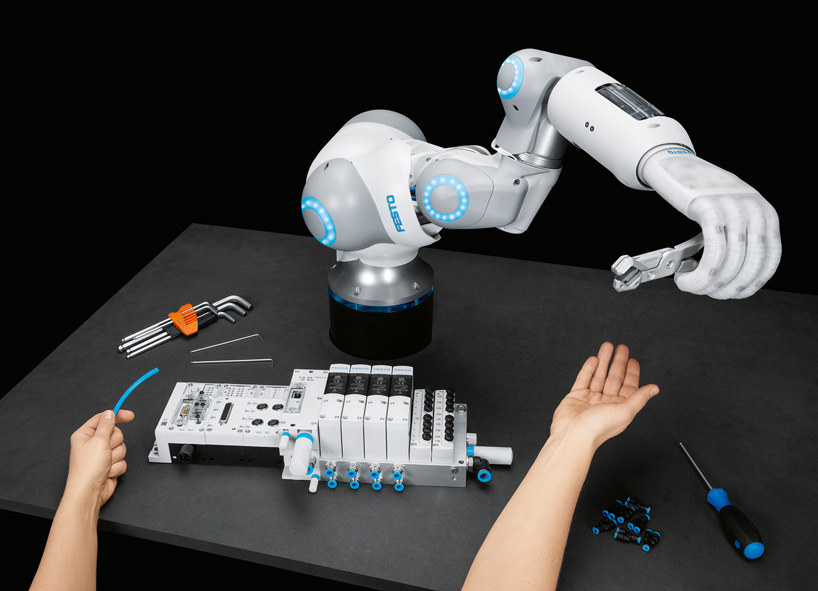 in order to keep the effort of tubing the bionicsofthand as low as possible, the developers have specially designed a small, digitally controlled valve terminal, which is mounted directly on the hand. this means that the tubes for controlling the gripper fingers do not have to be pulled through the entire robot arm. therefore the bionicsofthand can be quickly and easily connected and operated with only one tube each for supply air and exhaust air.

instead of imitating a specific action, the hand is given a goal, employing a trial and error method to achieve it. based on received feedback, it gradually optimises its actions until the task is finally solved successfully. the necessary movement strategy is taught in a virtual environment with the aid of a digital twin, which is created with the help of data from a depth-sensing camera via computer vision and the algorithms of artificial intelligence. 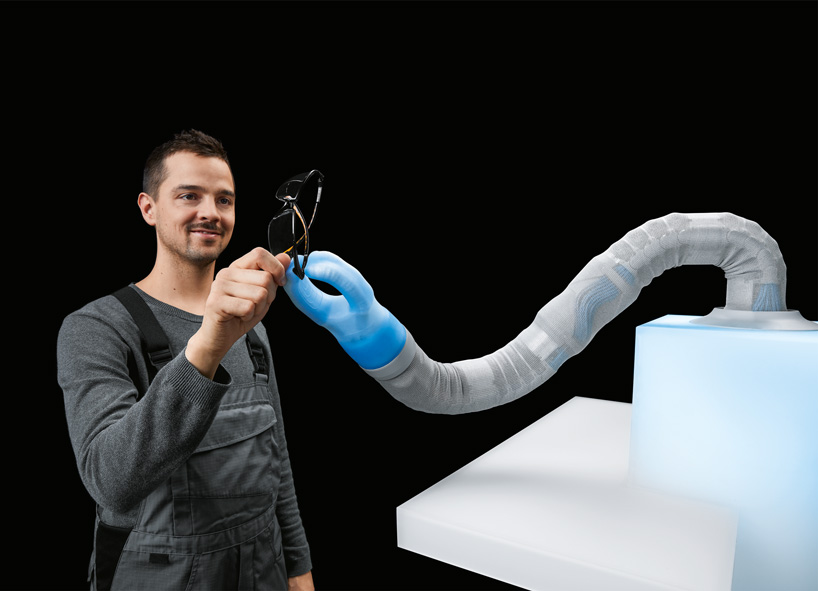 the technology will be on display next month at the hannover messe trade show, along with festo’s bionicsoftarm. this is a pneumatic robot arm that works on the same principles as the bionicsofthand. both devices are part of the company’s larger bionicmotionrobot project.