the worlds first ‘commercial vertical farms’ by local practice sky greens in singapore are beginning to change the way we buy produce at the store. the light-weight aluminum frame pyramid structures hold a series of trays that grow several types of vegetables. a light skin of glass and metal acts as a greenhouse for optimum growing conditions. the stepped nature of the towers ensure that every trough gets equal and plentiful amounts of light as they rotate around the triangular frame. the new method takes up less space and boasts an efficient and minimal amount of electricity and water. there are currently 120 farms, but it is hoped that there will be 300 by next year, increasing crop yield from 0.5 tons to two tons with the hopes to increase the percentage of food grown locally in singapore. 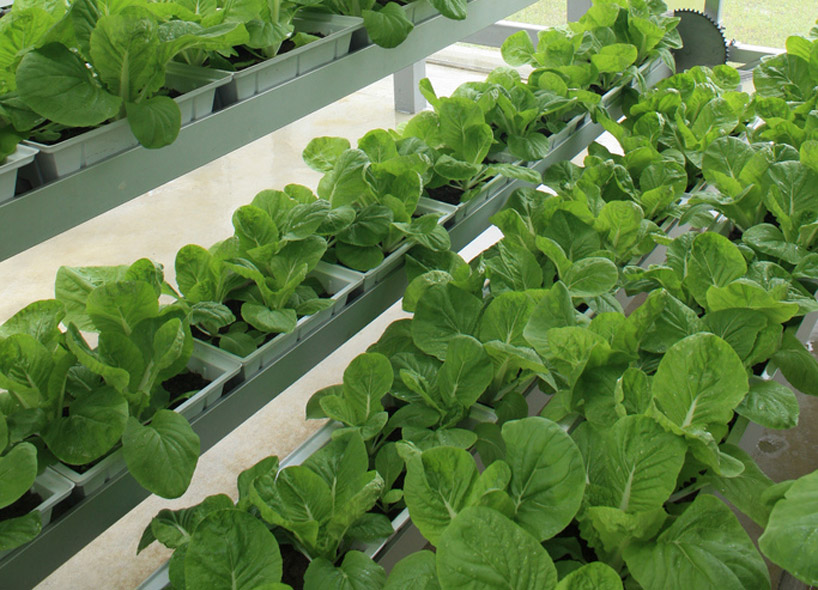 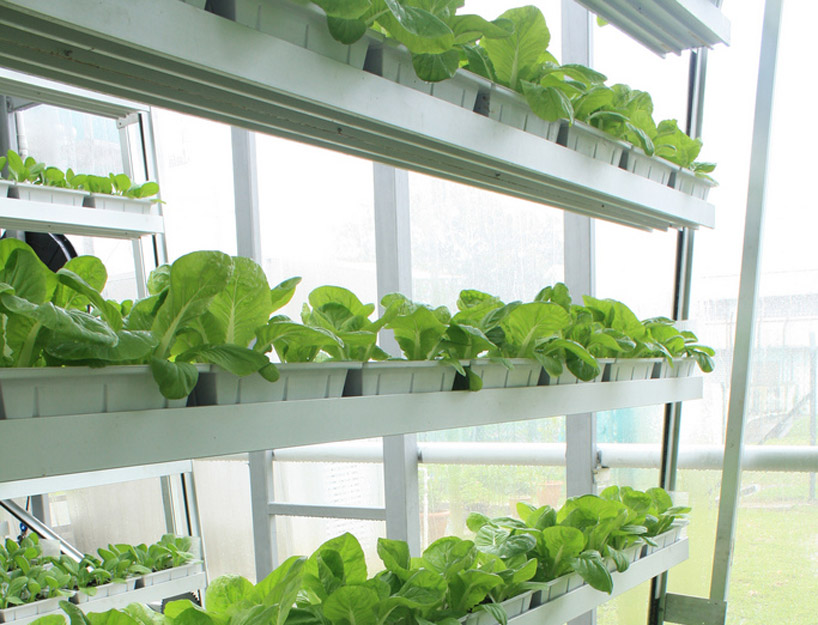 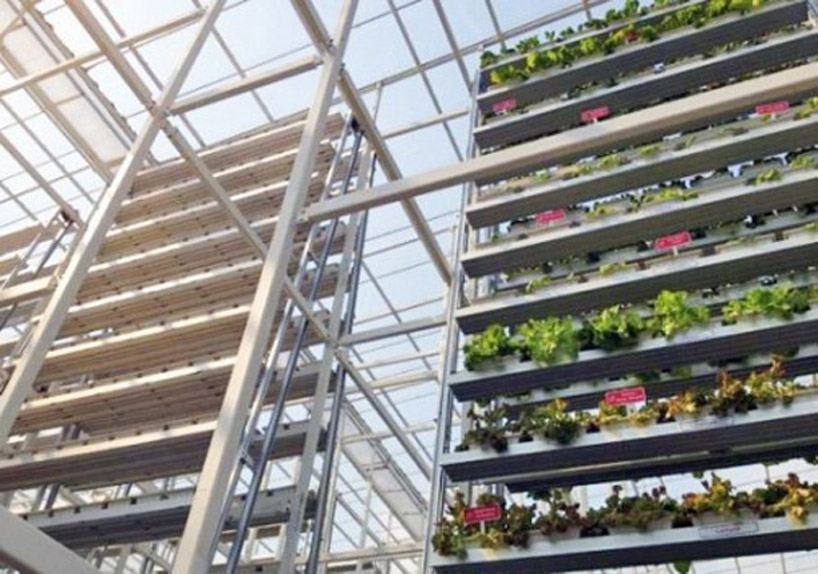 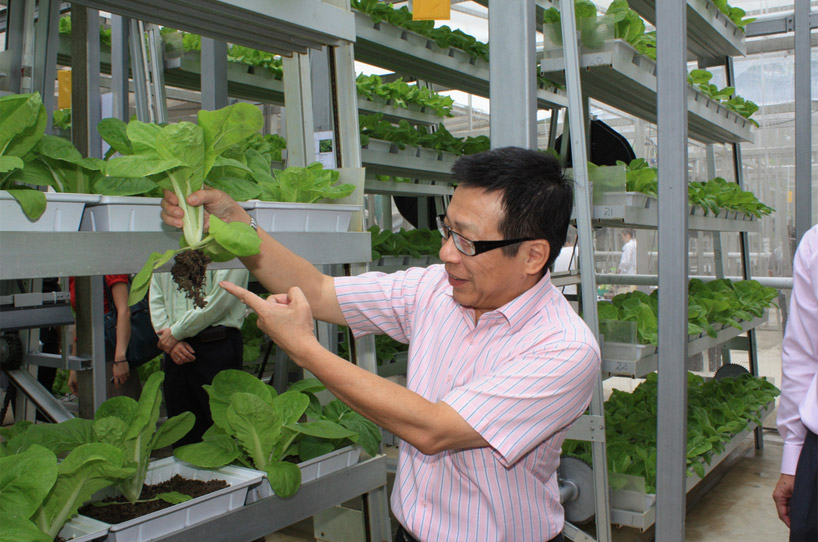