US-based Youtuber Warped Perception has posted a video in which he builds the first cordless Tesla and takes a 1,800-mile road trip without charging the car. The video explains the creator’s dissatisfaction with the time it takes to charge an electric vehicle, and shows the complete conversion of a Model S Tesla as well as the adaptation of a power plant generator that burns gasoline to charge the car, instead of using the traditional plug-in charger. 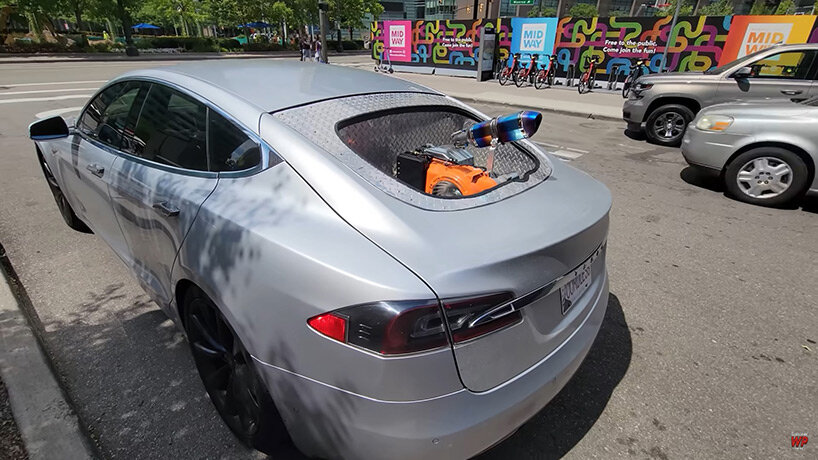 loading the model S tesla with a gasoline-powered generator

The project grew out of the Youtuber’s desire to take his Tesla on an uninterrupted road trip. Under normal conditions, this would not be possible, as the driver would have to stop frequently to charge the electric vehicle. Warped Perception took matters into his own hands and modified the rear of the Model S to charge a gasoline-powered generator so that it could be charged while driving or stopped, and attempted to drive while charging.

The video first shows the testing of the engine and its adaptation to the Tesla model. Apart from the fact that the car makes a rather loud noise from the outside, it looks like any other Model S. As expected, the endeavor encountered several obstacles and difficulties. The first thing that was discovered was the excessive fuel consumption. The spoiler which was the cause of the problem was removed, but then there was the problem of gasoline leaking into the rear of the car when the driving speed exceeded a certain level. In addition, when it was noticed that the battery was discharging faster than the charging speed, the Youtuber decided to drive at a much lower speed than usual, which resulted in him being stopped by a police car. After explaining the situation to the authorities, the US-based author continued his journey, making interesting stops along the way to rest and make the video more engaging. 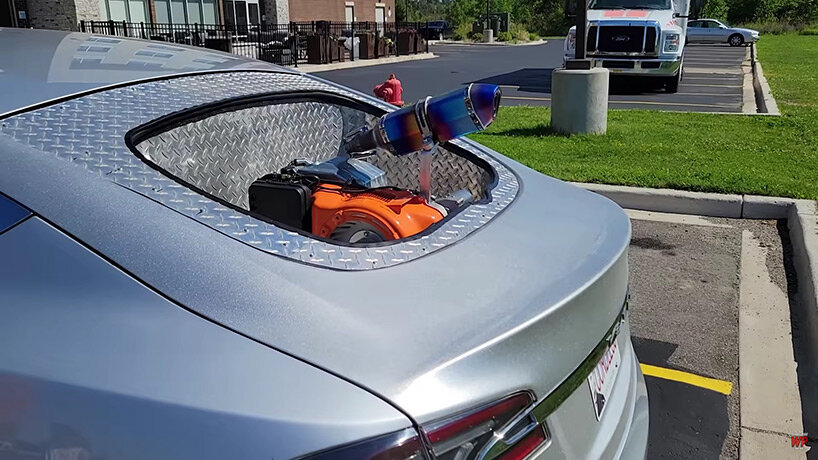 During his stays, the Youtuber ran the generator overnight to charge the car. However, he made sure to park the car in a place that was not close to the accommodation, so that the noise of the generator was not disturbing. Although he continued driving and refueled at a gas station along the way, the remaining battery level often dropped below 10% by the time he reached his destination, so the whole endeavor remained a balancing act.

Warped Perception managed to get home after seven days of driving without getting stuck, but he admits he was unhappy because he could not generate enough power while driving and had to keep stopping and recharging along the way. ‘To clarify I did have to stop for about five to six hours a day while the car continued to charge itself back up since it’s using more energy driving then it’s making.’ he explains. He concludes the video by saying that he intends to make improvements and review it again. 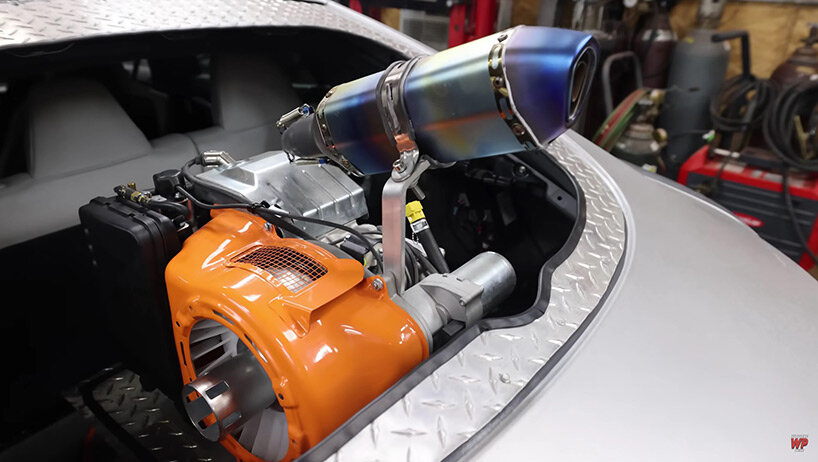 detailed shot of the power plant 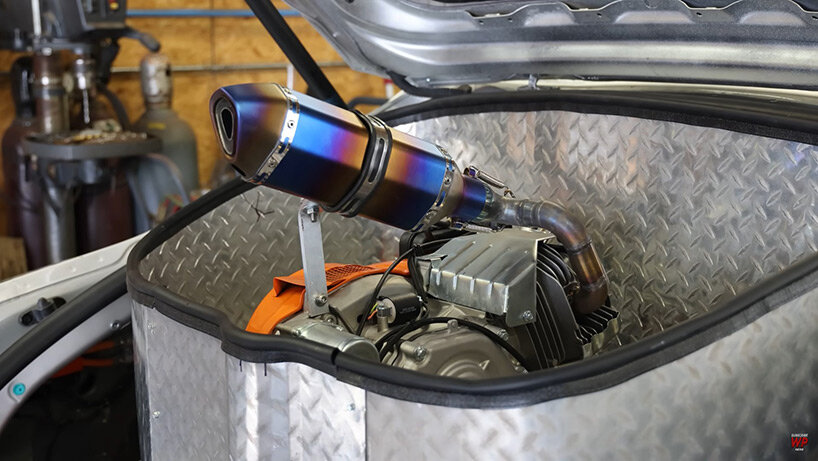 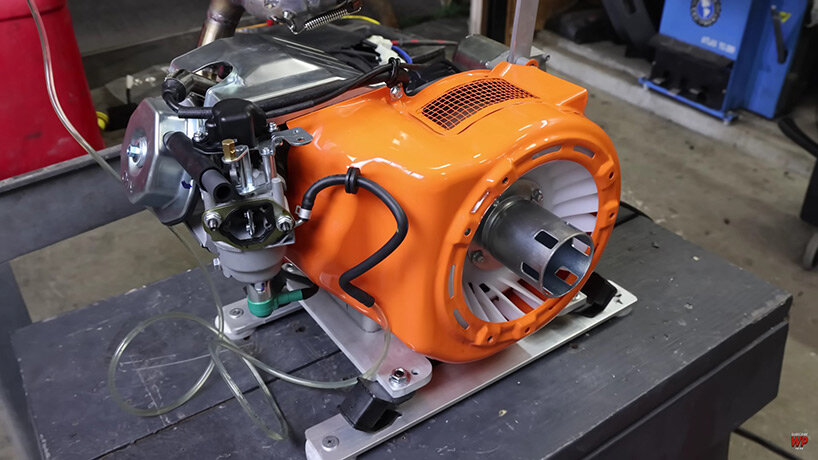