hyperloop transportation technologies has unveiled its first full scale capsule designed to carry passengers at 1,000 kilometers per hour, offering a glimpse at what could be the future of travel. the capsule, 105 feet (32 meters) long and weighing 5 tons, was shown in spain and will be moved to toulouse, france, for additional assembly before it’s used on one of the first commercial tracks. 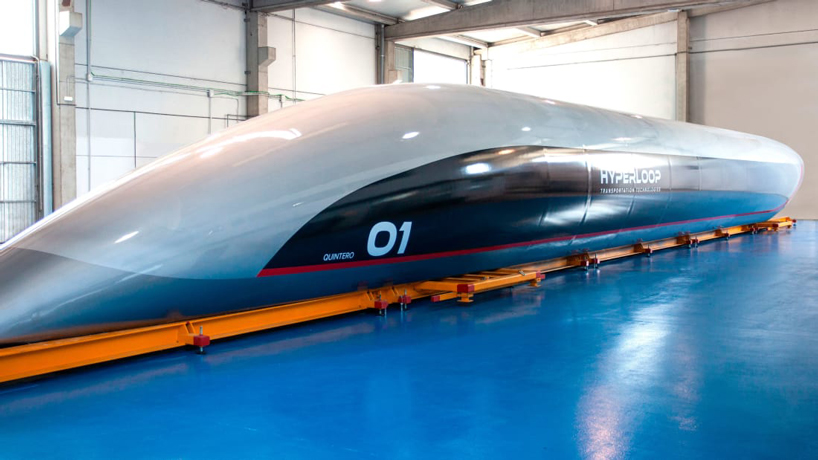 the capsule, named ‘quintero one,‘ is made out of dual-layer smart composite material designed to be extra resilient. the aerodynamic exterior was created by design consultancy priestmangoode. the interior has yet to be completed. billed as the world’s first full-scale passenger hyperloop capsule, the prototype was constructed by technological firm airtificial and unveiled at an event that coincides with HTT’s fifth anniversary.

‘working together with engineers from HTT, we are proud to be pushing the envelope of smart materials in transportation and manufacturing,’ said airtificial co-founder rafael contreras. ‘today we have unveiled a new type of transportation vessel built with an industry high percentage of composite, which makes the hyperloop capsule perhaps the safest transportation vehicle in the world.‘

the quintero one is built almost entirely out of HTT’s trademarked vibranium material – a specially engineered dual-layer smart composite. sharing its name with the fictional metal that appears in marvel comics, the smart material is eight times stronger than aluminium, and 10 times stronger than steel, as well as being around fives times lighter. 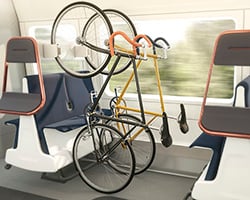