some of the greatest science fiction movies of all time all include personal flight. now, an unexpected development coming out of hungary could really make it a reality. a few flight aficionados from bay zoltan nonprofit ltd, developed a fully electric personal flight device named ‘flike’. the project started in the summer of 2014 at an applied research institute in the country. it is a coaxial ‘Y6’ layout tricopter, which means that the lift is generated by six rotors, grouped in counter rotating pairs of three axes that are positioned uniformly around a circle.

for power, the ‘flike’ is equipped with lithium polymer batteries, so far allowing only 15 to 20 minutes of hover flight. the lift is supplied by six fixed-pitch, carbon composite rotors, which provided  airborne behavior similar to helicopters. the rotors are driven by separate electric disc motors that produce zero emissions. the design is based on tripod stability, with the thrust directed in three steady directions. for safety, the rotors are paired with counter rotating blades to deliver emergency lift in the event the motors become inoperable. to deal with flight stability the onboard computers calculate everything so the pilot doesn’t have to. the company plans on building a second working prototype of ‘flike’ with similar features and designs as the anticipated end product. 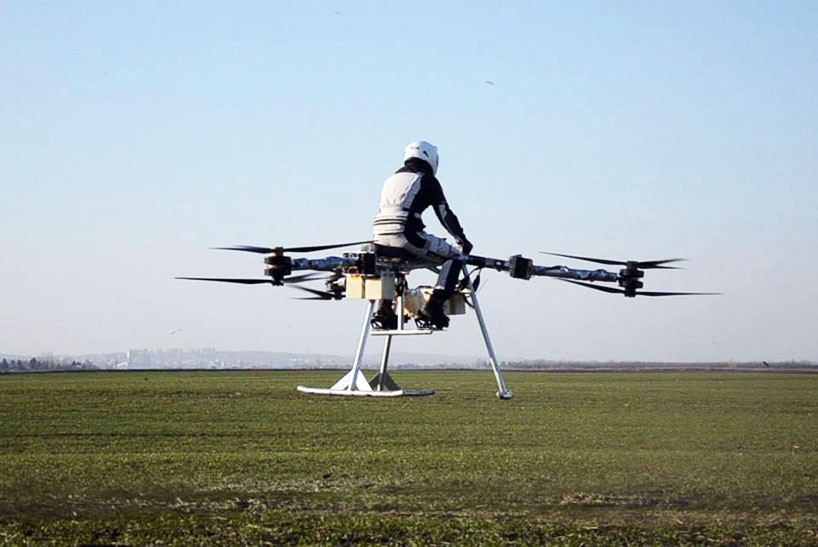 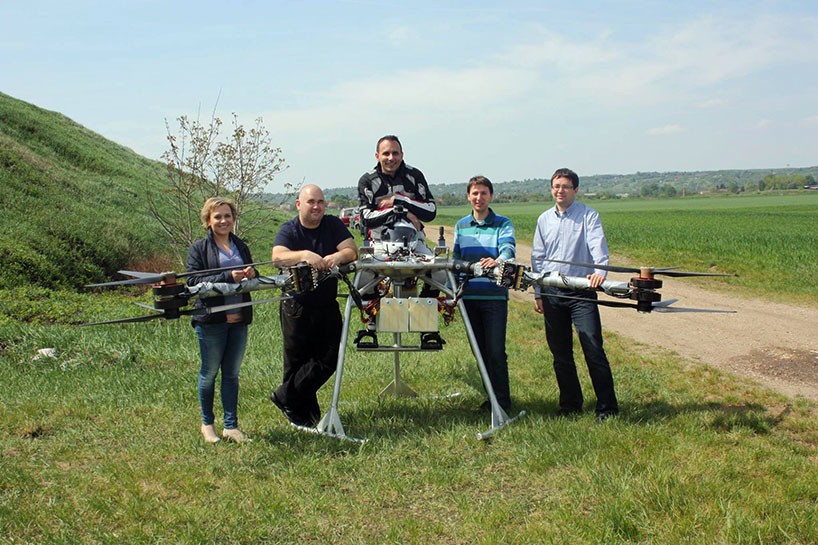 the group who designed the ‘flike’ 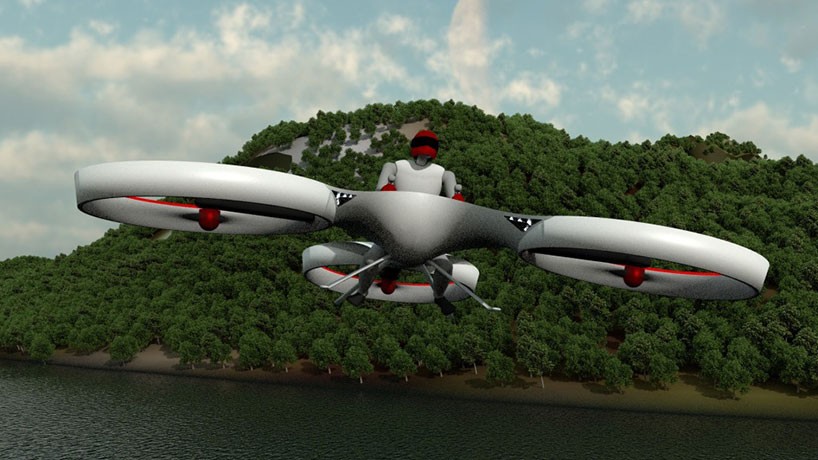 a rendering of the anticipated end product