california-based engineering company aerofex has conceived a star wars influenced ‘flying speeder bike’. the hovering aerial vehicle places the pilot above its tandem-ducts rather than below, where by positioning the driver in a more ergonomic riding position, the craft equally distributes balance without active artificial stabilization. the mechanically engineered system implements a unique interface that tracks the user’s movements and aerodynamically controls the functions of the vehicle, causing the craft to propel itself with higher efficiency and preventing it from rolling over. 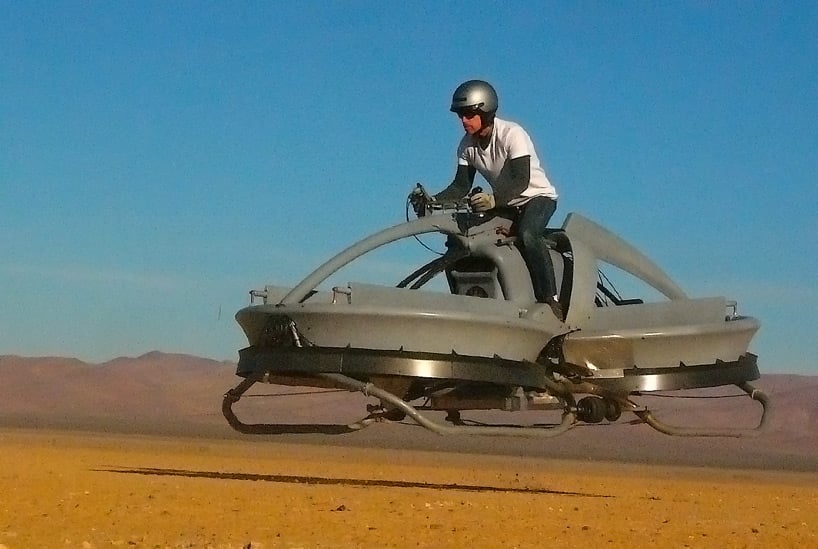 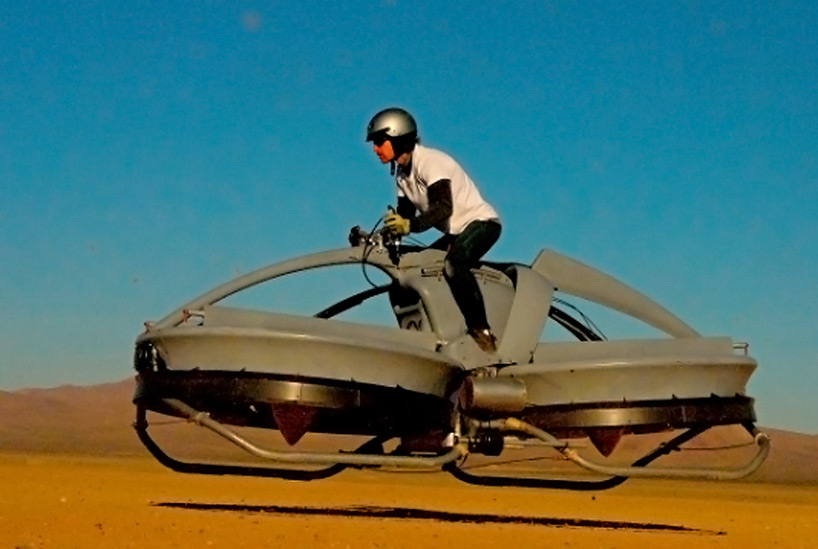 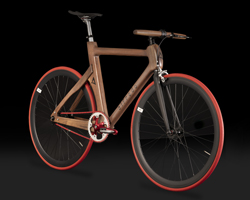 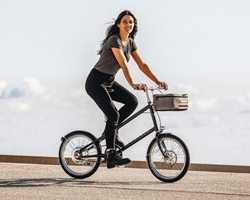 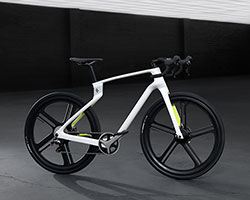