the foldio 360 dome by orangemonkie is a newly designed all-in-one photo studio with a built-in 360 turntable that supports still and 360-degree photos. by putting the subject you want to shoot inside the dome-shaped studio, users can create more specialized content. boasting a sleek exterior design, the home studio features a double structure that diffuses the light and illuminates the inside, resulting in flawless product pictures without shadows. 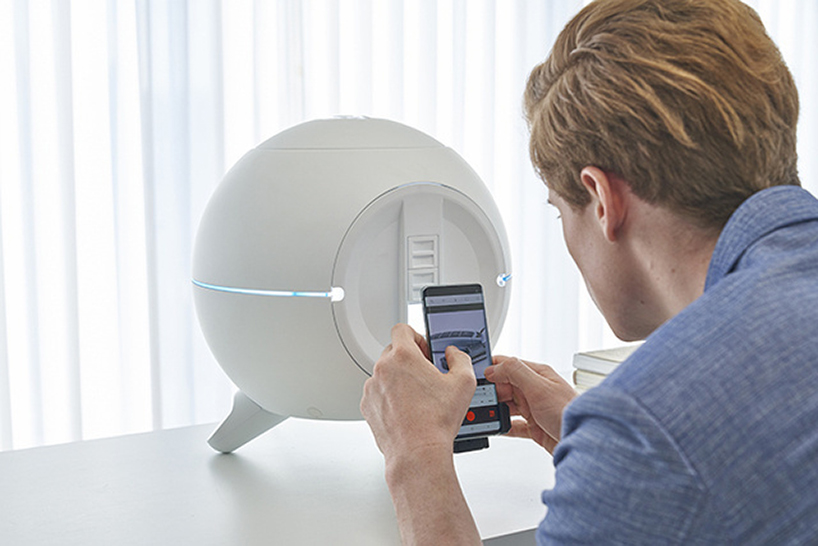 the foldio360 dome is equipped with an IR transmitter which enables automatic 360º shooting using a single-lens camera. inside, an LED lighting can be adjusted from 2300K to 5600K, depending on your light needs. users can also adjust the color temperature and take the pictures from a camera or smartphone. a LED indicator in the center of the turntable tells users where the center is for perfect 360º pictures.

the home studio has two covers, one in front and the other on top. these covers are removable with a magnetic construction and allow for different angles. the foldio360 dome can be controlled by an app compatible with both iOS and android. 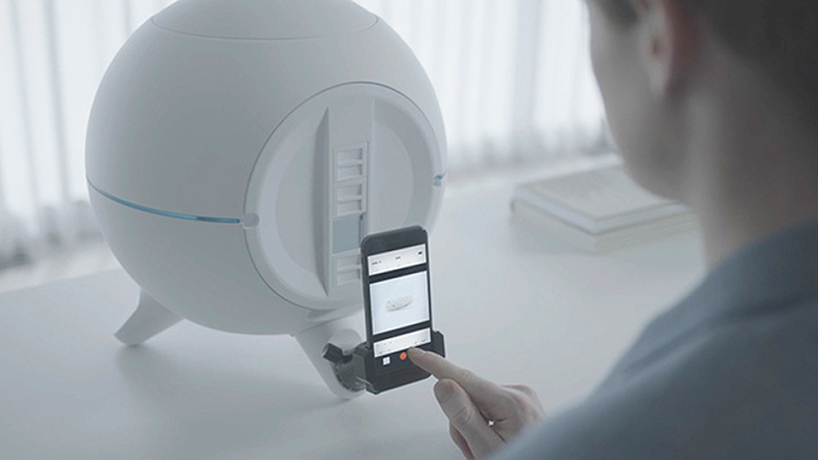 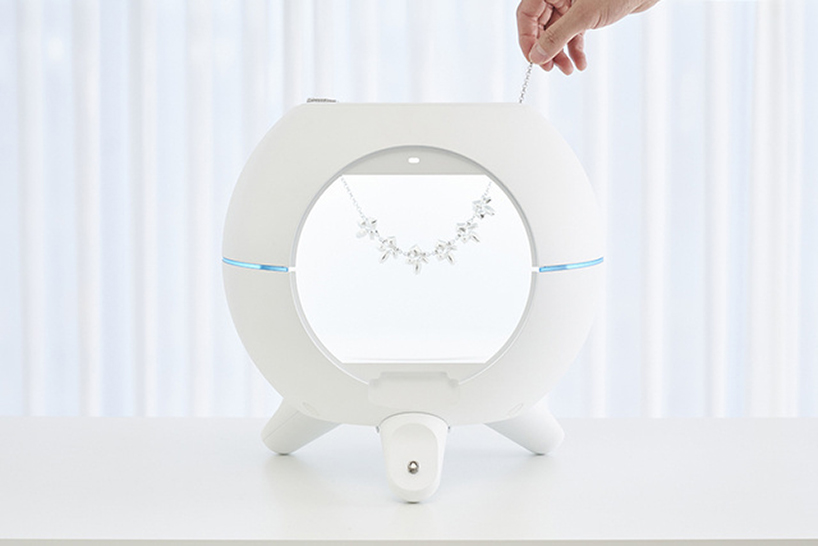 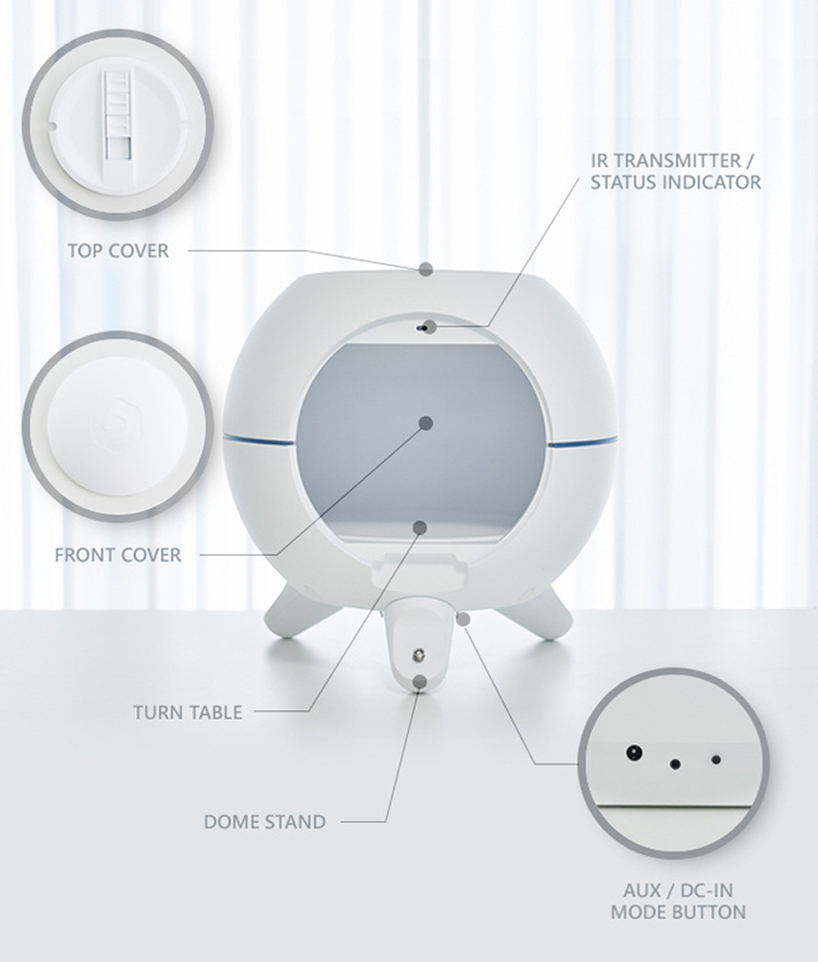 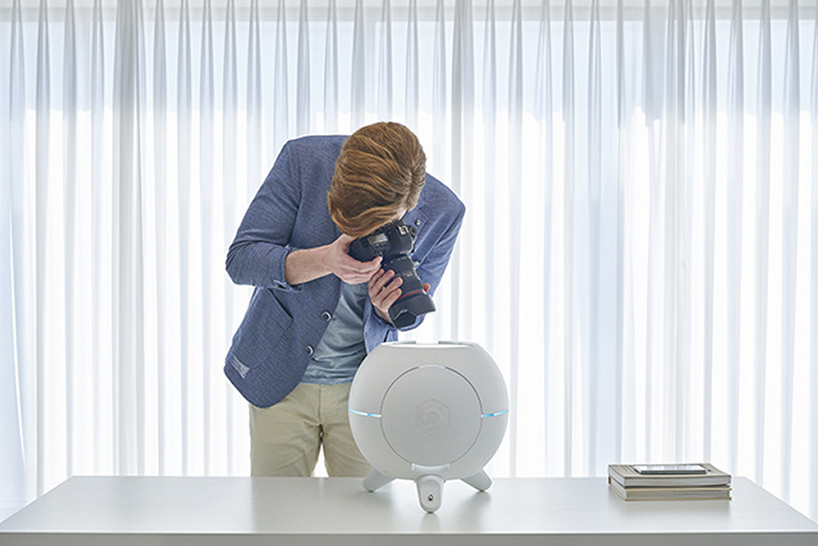 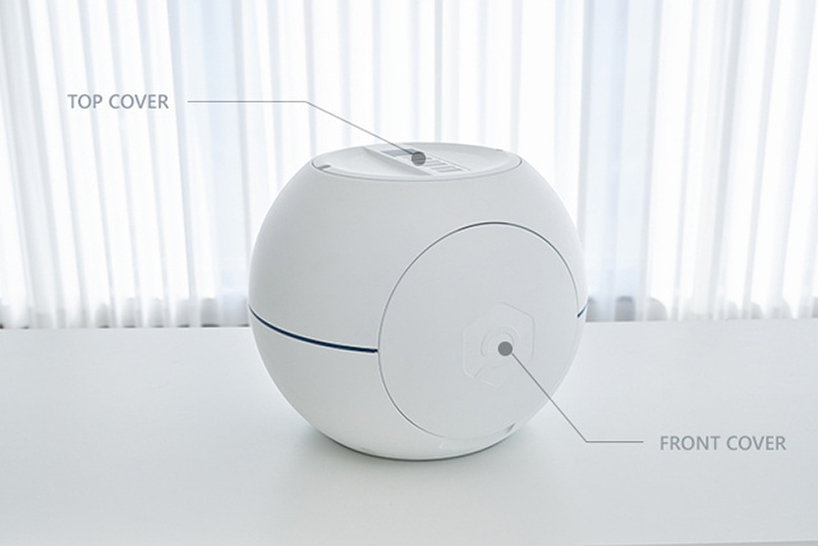 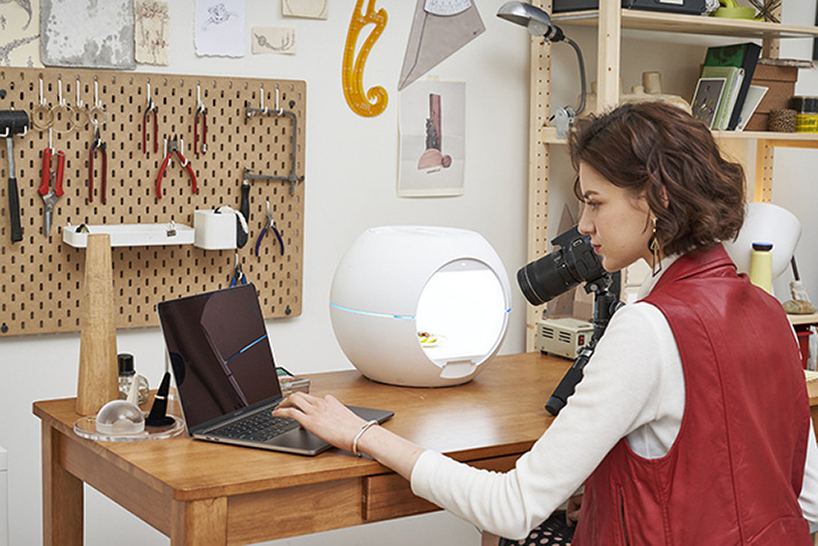 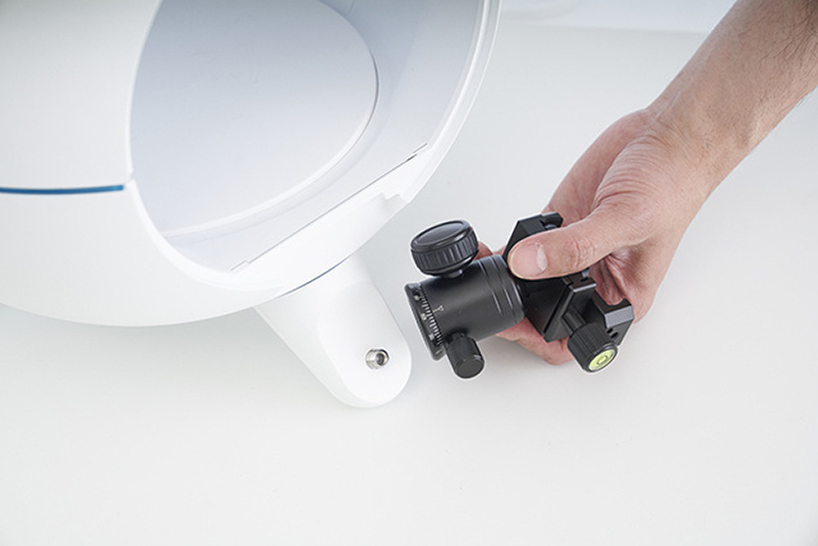 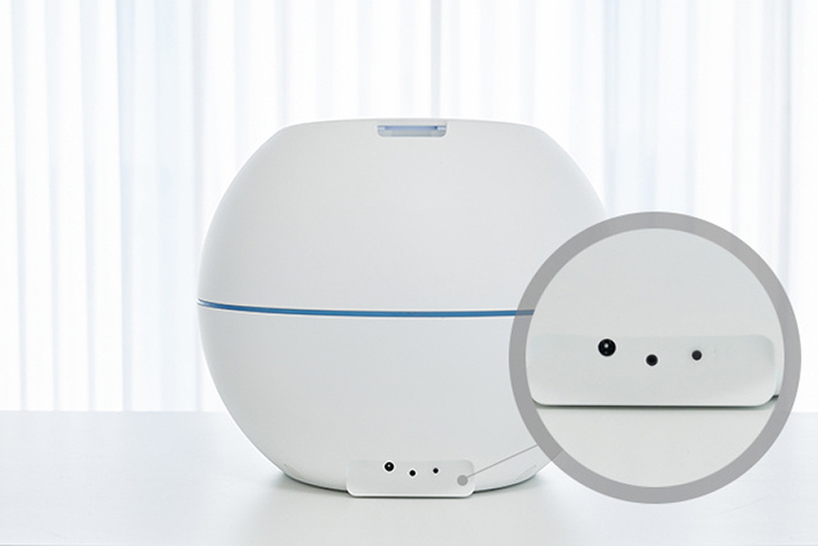 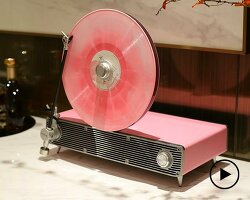 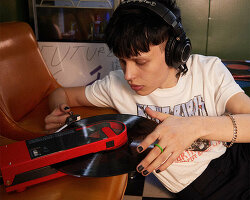