orangemonkie’s ‘foldio360’ makes use of bluetooth and infrared sensors to connect directly with a variety of smartphones or DSLR cameras. by simply opening the accompanying ‘foldio360 app‘, setting up the subject, and pressing start, the ‘foldio360’ system will automatically rotate, snapping photos and combining them to create one final 360 image–an inteactive example can be viewed in detail here. the 360 application also allows users to control the brightness, color temperature, focus, zoom, and image resolution. 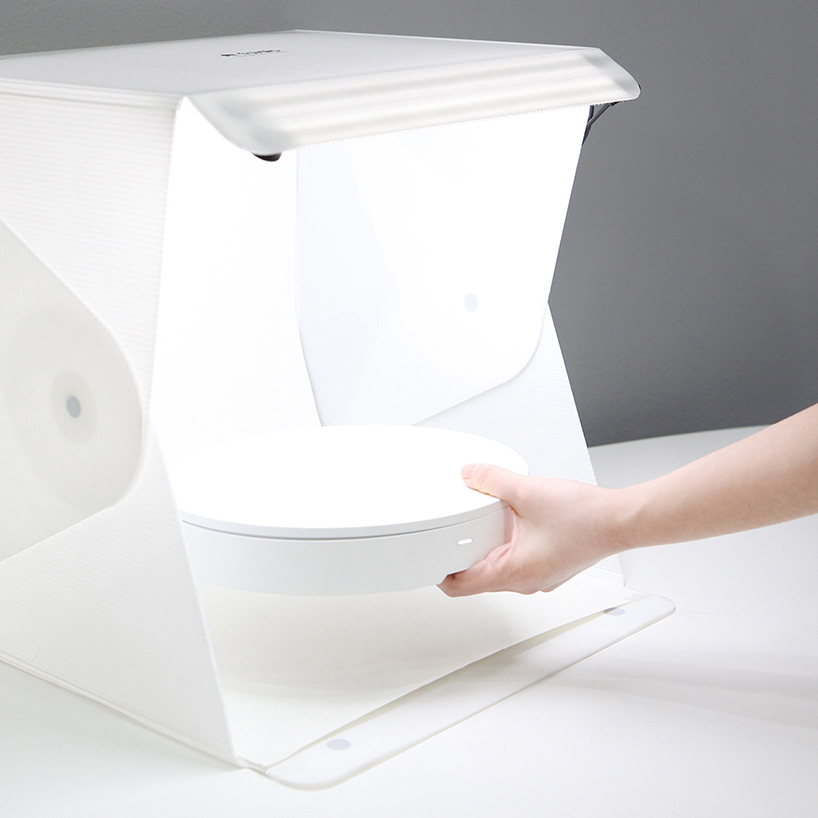 for this project, the californian company has developed a new feature called ‘halo edge’ to further enhance the quality of 360° images. this light system is discreetely located on the rear of the ‘foldio360’, and when activated, it completely eliminates any boundary line caused by the platform of the smart turntable.

from the moment the panoramic image of the subject has been created, it can then be linked directly to any portfolio, online store, blog or instagram. they can also be embedded directly into wordpress, shopify, or any other website. 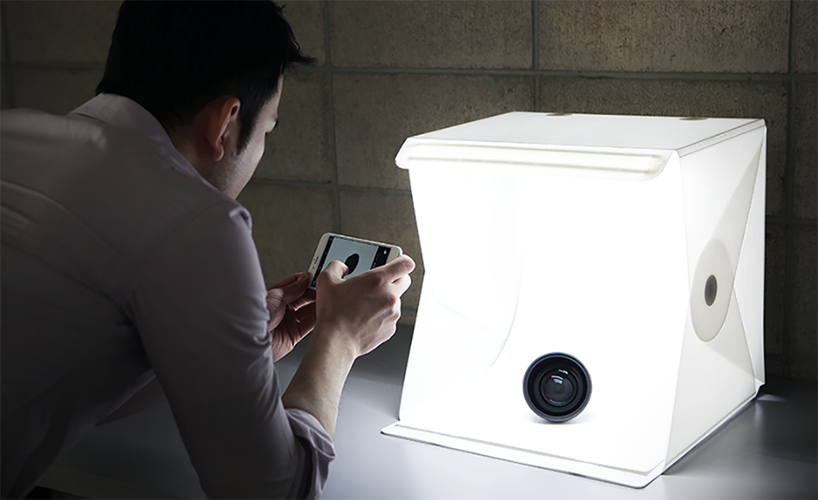 orangemonkie is a dedicated team with members in california and seoul, with a passion for finding new ways to harness and improve upon smartphone technology. to date, it has launched three successful kickstarter projects, the ‘foldio1‘, its larger sibling ‘foldio2‘, plus ‘foldio360‘. it hopes to empower photographers with simple, useful, and cost effective tools that they can use everyday for their business or hobby.

direct control from lightbox to smartphone 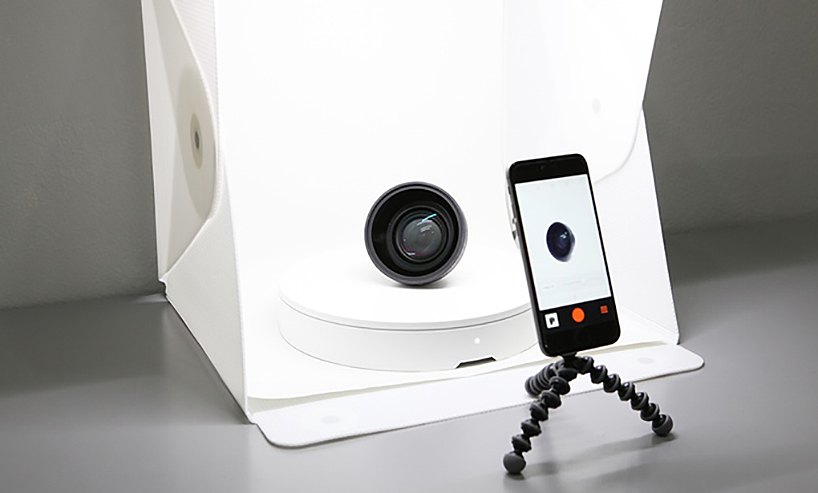 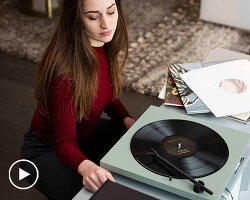 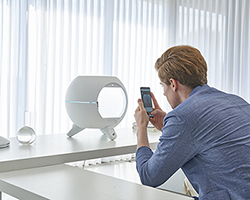 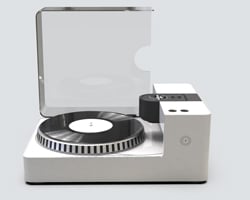 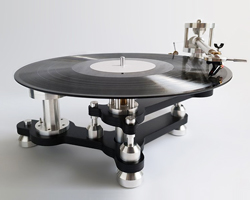