tis’ the time of festive cheer and joy…but not for dogs. in fact many people are gearing up for a season of fireworks and anxious pets. its a december miracle then, that ford has built a noise-cancelling doghouse offering pets some relief from the most manic month of the year. it’s quiet kennel prototype is a modern, minimalistic kennel designed to prevent your pup from feeling the fear of fireworks. 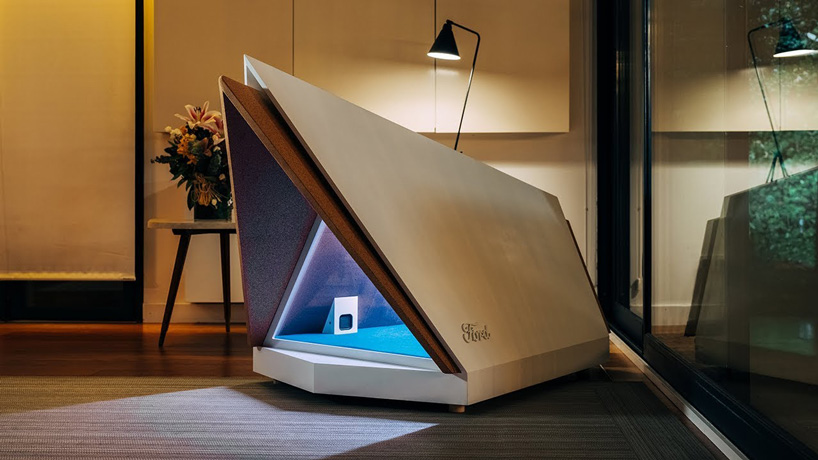 to create the quiet kennel ford europe took its active noise control technology out of the car and put it into a doghouse. like ford’s edge SUV, the kennel detects explosions with microphones and counteracts them by pumping out frequencies that mitigate the sounds or eliminate them altogether. 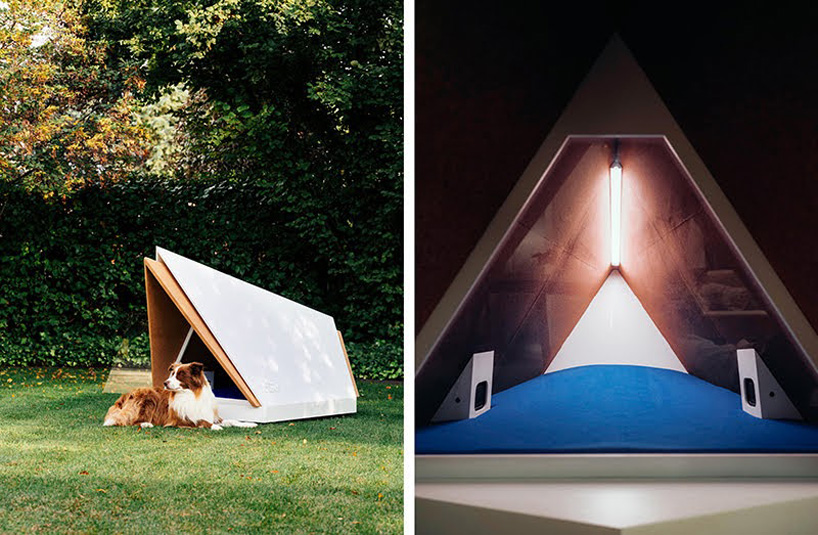 the ability to cancel out sound is down to the multi-layering of materials with sound deadening properties. the outer layer is made up of a soundproof ventilation which encases acoustic isolation panels and a third and final layer which hosts active noise-canceling speakers to dull the booms of fireworks. unfortunately the kennel is only a prototype at this stage, much like ford’s smart crib which was unveiled earlier, stimulating the conditions of driving to put babies to sleep. 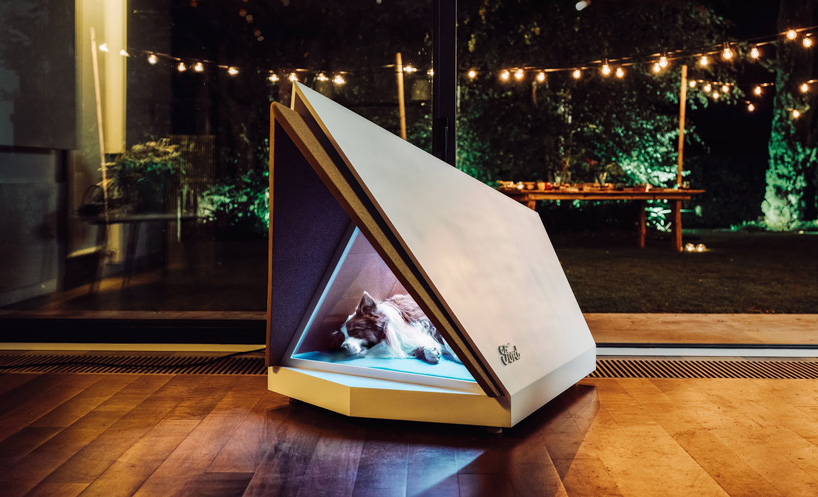